According to an SEC complaint filed on July 12, the two men owned and operated a Tel Aviv boiler room known as JMRB Media, where salespeople allegedly used “lies, tricks, and high-pressure sales tactics” to defraud investors in the United States and worldwide through the websites Porterfinance.com and Daltonfinance.com.

The websites sold binary options, a high-risk financial instrument, that “were predominantly pitched by fraudsters operating from Israel,” the SEC complaint said. Binary options had their heyday from approximately 2013 through 2018, according to the SEC.

The Porter Finance and Dalton Finance schemes operated from at least December 2014 through June 2017, the SEC said.

According to the complaint, JMRB Media Ltd. and its affiliated companies employed 160 people at their peak. Many of these employees were sales agents who worked from a Tel Aviv boiler room, allegedly using fake names and pretending to be experienced investment brokers calling from London. The call center agents fraudulently solicited tens of thousands of investors in the United States, the complaint alleged. Many of these were elderly people who liquidated their retirement accounts in order to invest, and subsequently lost all or most of their money.

According to the complaint, Jonathan (“Yoni”) Mimun, also known as Jonathan “Yoni” Maymon, is a 34-year-old Canadian citizen; his 50 percent partner in JMRB Media, Ronn Ben Harav, 41, is a US citizen. Both are based in Israel.

Both men are clean-cut, well-spoken and speak Hebrew with an American accent, a source who is acquainted with Ben Harav and Mimun told The Times of Israel.

“They give the impression of being idealistic immigrants to Israel, from good families,” the source said.

According to the complaint, Mimun and Ben Harav were the two top dogs at the company. They were the only two people who had their own offices, as well as the individuals who made speeches at company parties.

However, the complaint alleged, Ben Harav appeared to be the dominant partner of the two.

“As described by a former employee, Ben Harav was the ‘number one’ at JMRB who ‘bullied’ everyone in the office and had almost all the say in how the company was going to run, especially financially, and where the direction of the companies was going to go. He even brought family members to work at JMRB. At one point, Ben Harav feared that people at JMRB were stealing sales leads from the companies and he forced JMRB employees to take a lie detector test,” the complaint alleged.

According to the SEC, JMRB Media’s operations were entirely deceptive.

“At Mimun’s and Ben Harav’s direction and/or with their knowledge and approval,” the complaint read, “salespersons used additional false and misleading statements and manipulative and deceptive practices to persuade investors to make deposits with the Porter Brokers. As former JMRB employees have put it, on Defendants watch, they could tell investors whatever they wanted as long as it resulted in a deposit.”

The complaint described industrial-scale fraud, with much of the money allegedly squirreled away in bank accounts belonging to a “web of international straw companies.”

“Between September 2015 and March 2017,” read the complaint, “the Porter Brokers offered binary options to more than 14,000 persons in the United States and sold nearly 79,000 binary options referencing securities or securities indices with a notional value of $55 million to U.S. investors. On the whole, investors lost money on these trades; but, win or lose, due to the tactics described, most investors eventually lost most or all of the money they deposited. Investors residing in the United States funded their trading accounts by wire and credit card, ultimately losing millions of dollars to the Porter Brokers. Some investors made six-figure deposits by wire transfer. From March 2016 to April 2017, US investors deposited at least $18 million by credit card. As evidenced by bank records, nearly $50 million in investor funds—a significant percentage from the US—went to the straw companies holding bank accounts used by the Porter Brokers and controlled by the Defendants through JMRB. Very little of these funds were returned to the investors.”

According to an ex-employee cited in the complaint, between September and November 2016, Ben Harav suffered what appeared to be a “breakdown.”

“He started running about the office looking crazy” and telling JMRB employees they could not say certain things to investors, the former employee said.

This occurred around the same time that the SEC had asked an overseas regulator for information about the company.

The binary options industry flourished in Israel for a decade before it was outlawed via Knesset legislation in October 2017, largely as a result of investigative reporting by The Times of Israel that began with a March 2016 article entitled “The wolves of Tel Aviv.” At its height, hundreds of companies in Israel employed thousands of Israelis who allegedly fleeced billions out of victims worldwide. The fraudulent firms would dupe victims into believing that they were successfully investing and earning money, encouraging them to deposit more and more into their accounts, until the company eventually cut off contact with the investor and disappeared with all or almost all of their money. Many of the Israeli firms have since relocated overseas and continued the scam.

Israeli prosecutors have indicted almost no online fraudsters, despite the fact that the industry employed thousands of people and allegedly stole billions of dollars.

In September 2018, JMRB Media as well as Ben Harav and Mimun were sued by an American woman in her 60s for about $185,000. Through her lawyer, Lior Shaby, the plaintiff claimed that Porter Finance defrauded her. 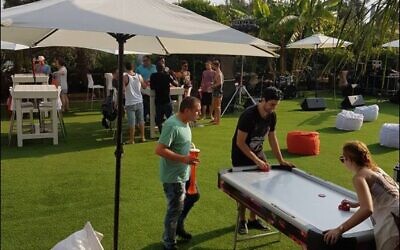 But Mimun and Ben Harav have consistently denied that they had anything to do with Porter Finance, most recently in their June 2021 cross-examination in the case, during which both men reportedly mispronounced and misspoke the name “Porter Finance,” claiming to know nothing of this website and insisting that the woman’s lawsuit against them was an unfortunate case of mistaken identity.

During their recent appearance in Tel Aviv Magistrate’s Court, Shaby asked the two partners if there was someone else, perhaps someone from an organized crime group, behind JMRB Media, suggesting that Ben Harav and Mimun may have been front men, but the men denied that this was the case, Shaby said.

Ben Harav told the court he currently works in a sports-related field while Mimun said he is an online marketer working independently.

‘I need to toughen up’

While Mimun has little online footprint, Ben Harav is an accomplished wedding and artistic photographer who has posted many of his photographs online.

Ben Harav grew up in Massachusetts as a scion of a storied American-Israeli family with roots in the moshav and kibbutz movement and returned to Israel as a young adult. Soon after his return to Israel, in a blog post from 2006, Ben Harav described his enchantment with the city of Tel Aviv.

“This city never sleeps. It’s cleaner than Jerusalem and I dig the atmosphere: it’s modern trendy, as opposed to the super-futuristic Mad Max Jerusalemite trendy.”

Addressing his friends back in the United States, he wrote, “I wish you guys could feel the warmth rise as the waves come in, to feel the sun’s rays on your skin in this amazing city in extraordinary times.”

But in the same blog post, Ronn Ben Harav expressed anxiety about making it economically in his new environment: “I have to toughen up. Sooner or later my own reserves are gonna run dry — and then I’ll starve.” 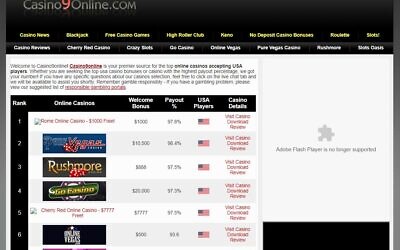 A screenshot of the casino9online website as it appeared in June 2010.

The SEC’s investigation was conducted by Jason Anthony and Deborah Maisel, and supervised by Paul Pashkoff and Jennifer Leete.