The senior Environmental Protection Ministry official charged with coordinating the response to last month’s oil disaster revealed that a previous, much smaller spill, in 2017, had forced the closure of three desalination plants for three days.

Some 75 percent of Israel’s drinking and industrial water is supplied by five desalination plants on the Mediterranean coast.

The 2017 incident was caused by a leak into the sea of around 100 cubic meters (100,000 liters) of oil from an aging pipe in the southern city of Ashdod that was used by the Paz oil refinery and the Israel Electric Company. Contamination was found on beaches from Ashkelon, in the south, to the central Israeli community of Ga’ash.

“We were lucky that in this [recent] event, it was tar, which tends to go directly to the beach and not into the intakes of the desalination plants,” Amir said.

“One of our worst nightmares regarding an oil spill, especially one of liquified oil, is the impact on desalination plants. The membranes are very delicate and vulnerable to pollution and they would be shut down,” in the event of liquified oil intake, he said. “With the last pipeline spill, in 2017, 100 cubic meters of oil shut down three desalination plants for three days.”

Neither Amir nor the ministry, which was contacted later by The Times of Israel, named the plants that were temporarily closed.

The five desalination plants on the Mediterranean coast are located at Ashkelon, Ashdod, Soreq and Palmachim in the south, and Hadera in central Israel. With the completion of a planned sixth plant, also at Soreq, and a seventh in the western Galilee, desalination will provide  85%-90% of the country’s municipal and industrial water supply.

Israel was taken by surprise on February 18 when tar began washing onto its Mediterranean coastline, following stormy weather.

During the following days, it became clear that beaches from Rosh Hanikra in the far north to Nitzanim in the south had been contaminated, leaving globs of tar all over the sand and shallows, along with dead or badly injured wildlife. 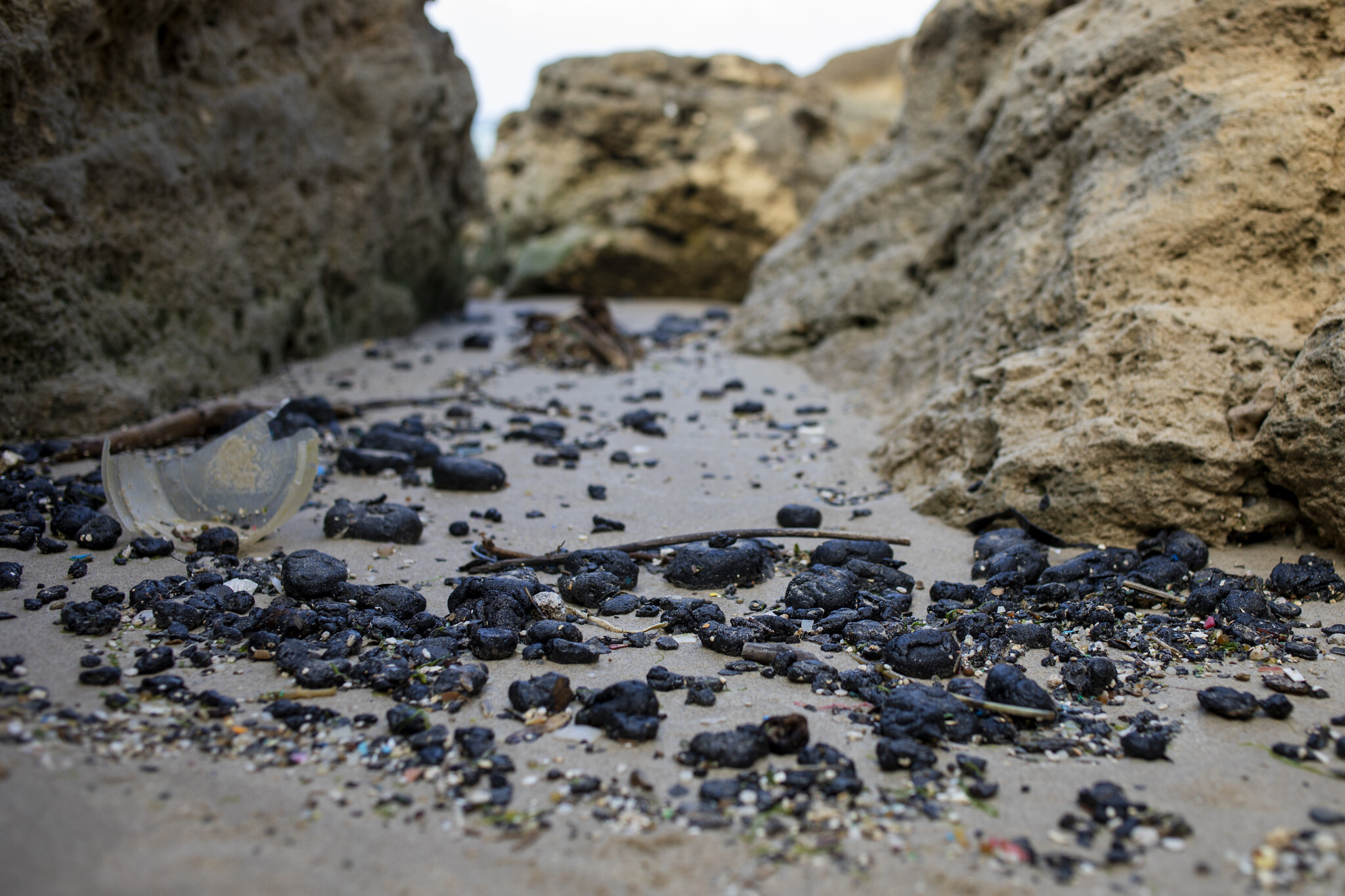 Pieces of tar from an oil spill in the Mediterranean Sea wash up on a beach in the Gdor Nature Reserve near Michmoret, Israel, Monday, March 1, 2021. The cleanup from the disastrous oil spill that has blackened most of the country’s shoreline is expected to take months. (AP Photo/Ariel Schalit)

On Wednesday, the Environmental Protection Ministry declared the state of emergency over on the coast, with almost all beaches mostly cleaned.

On March 3, the Environment Ministry announced that the Emerald tanker, a 19-year-old Libyan ship sailing under a Panamanian flag and carrying crude oil, probably from Iran to Syria, was responsible for the spill.

Amir said that the total amount of tar deposited on beaches last month amounted to “tens to hundreds of tons, not more” and that 900 to 1,000 tons of tar-contaminated waste had been collected so far, representing 80% of the total.

Shaul Goldstein, Director of the Israel Nature and Parks Authority, said that some 15,000 volunteers had helped to clean up the contamination.

The two spoke at a webinar on the oil spill organized by Tel Aviv’s Steinhardt Museum of Natural History.

Tel Aviv University Professor Yossi Loya, who in 2000 won the prestigious Darwin Medal for coral reef research, warned that the aromatic compounds of crude oil were not only highly soluble in seawater but also highly toxic. The visible effects of the oil slick may have been cleaned up from the beaches it’s unclear what the impact was on the rich flora and fauna present in the benthic zone on the seabed. 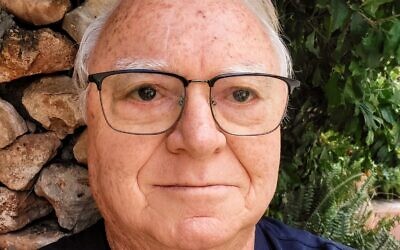 Loya is one of around 250 scientists from Israel and around the world who in January signed a letter imploring the government to halt plans to turn an aging pipeline owned by the Europe Asia Pipeline Company (EAPC) into a major means of transporting crude oil from the Persian Gulf to Southern Europe, citing concerns about the risk of an environmental disaster, which could decimate the area’s renowned coral reefs.

To date, the scientists have not received a response.

A deal signed in October between the EAPC and an Israeli-United Arab Emirates consortium allows for up to 120 oil tankers containing up to 7.9 billion gallons (30 million cubic meters) of crude oil and oil byproducts to use the existing EAPC port in Eilat.

Oil from the Gulf will be channeled through EAPC pipes across the Arava and Negev deserts in southern Israel to an EAPC terminal in Ashkelon, on Israel’s southern Mediterranean coast. From there, it will be reloaded onto tankers for shipment to markets in Southern Europe.

The agreement, which could bring the state-owned company an estimated $700 million to $800 million over eight years, according to Reuters, also allows for oil to be transported via the same pipeline from the Mediterranean and Black Sea regions to Asia going the other way, according to EAPC.

The state-owned EAPC was established in 1968 as a joint Israeli-Iranian venture to carry Asian oil from Eilat to Europe via a network of pipelines. 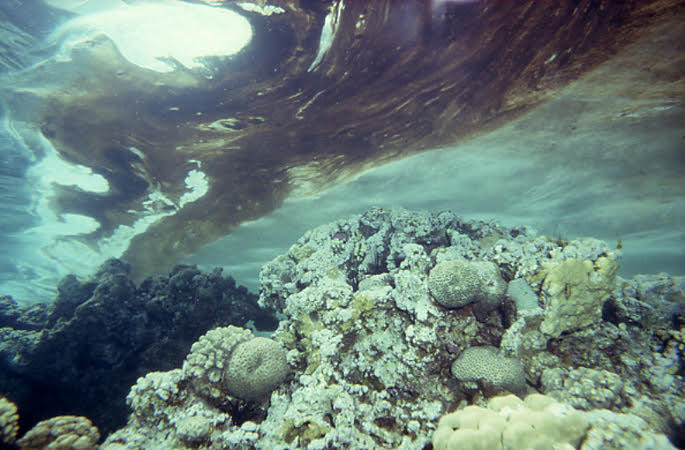 “Before the 1970s, we had huge coral reef diversity and complexity, ” Loya said Wednesday. “The reefs were very healthy. But from 1971 to 1979, when Iranian and Egyptian oil tankers were using the EAPC port in Eilat, there were two to three crude oil spills every month. The entire Eilat Coral Nature Reserve (around a kilometer south of two major oil terminals) was black. At that time, there were no studies on what oil does to corals and there was no Environmental Protection Ministry or INPA.”

After the Islamic Revolution in Iran, oil deliveries — and spills — became rare, although the reefs continued to suffer, first from sewage (from 1980 to 1995) and then from the devastating effects of fish cages, which were only outlawed in 2009. The reef has been recovering, Loya said, but with the signing of the oil deal, the future is “bleak.”

Field surveys and laboratory research that he and his students carried out during the oil era of the 1970s showed higher mortality of coral colonies, a decrease in the number of breeding colonies, a drop in the number of female gonads (ovaries) per coral polyp, a smaller number of planulae (larvae) produced per coral head, a decrease in the viability of these larvae as concentrations of oil increased, and reduced settlement of the larvae on the reef.

“I would like to warn you all about what we may see in the very near future in Eilat,” Loya said. “Since January, nine supertankers have unloaded oil at the Eilat oil terminals.”

“The entire Gulf, including the Sinai coast, and the Mediterranean coast, will be exposed to huge dangers from leaks, accidents or terror events,” he said. “This is not an early warning call. It’s the 99th-minute call. Eilat’s unique reefs are in real danger. We have to do everything we can to alert decision makers to this grave situation.”