Six Arab Israeli and two Palestinian men were arrested in connection with the murder of Yigal Yehoshua in a rock-throwing attack on his car during violent riots in the central Israeli city of Lod last month, Israeli law enforcement bodies announced Sunday, calling the incident a “racist and nationalistic” crime.

The eight suspects were arrested over the past several weeks in a joint operation by the Shin Bet security service and Israel Police, according to a statement from the two organizations.

Seven of the men stand accused of the murder, while the eighth will face charges for other rock-throwing attacks in the city and for attempting to obstruct the murder investigation, a Shin Bet spokesperson said.

On Sunday, prosecutors in Israel’s Central District filed their intentions to indict the seven murder suspects, requesting that the men be kept in jail through the criminal proceedings.

The deadly attack that killed Yehoshua, a 56-year-old resident of Lod, occurred amid heavy rioting in Lod, which saw multiple cases of assault against Jewish residents of the city by Arab Israelis and, to a lesser extent, vice versa.

According to the police and Shin Bet, on the night of May 11, the seven murder suspects attacked Yehoshua’s car after deciding to “throw rocks at the vehicles of innocent Jews who passed through the area, out of a racist and nationalistic motive.”

Yigal Yehoshua, 56, died after being struck in the head with a brick while driving home in Lod. (Courtesy)

In order to do so, according to the police, young Arab Israeli men partially blocked roads with burning tires along a roadway in the city, in front of an event hall, forcing those passing by to slow down as they passed.

“The suspects stood at different places at the scene of the attack and when they saw that Yehoshua’s vehicle was being driven by a Jew, they pummeled it with rocks forcefully and from close range,” the Shin Bet said.

According to the investigation, Yehoshua was hit and injured by the rocks and bricks and parked his car for a few moments near the site of the attack. He then drove the rest of the way to the parking lot beneath his home, where he crashed his car into another vehicle while trying to park, apparently because of his injuries.

“A neighbor saw Yehoshua’s car hit the parked vehicle and came up to his car and found [Yehoshua] injured,” police said.

Yehoshua was rushed to the nearby Shamir Medical Center in serious condition, where doctors treated him for six days before he succumbed to his injuries.

Video footage distributed by the Israel Police (above) showed the attack as it unfolded, with Yehoshua’s car slowing down because of the flaming roadblocks, then being hit by rocks and bricks. He could then be seen driving away, pulling into his parking lot and hitting the parked car. Additional footage from the event hall showed some of the suspects apparently attempting to erase the security camera recordings from that night. 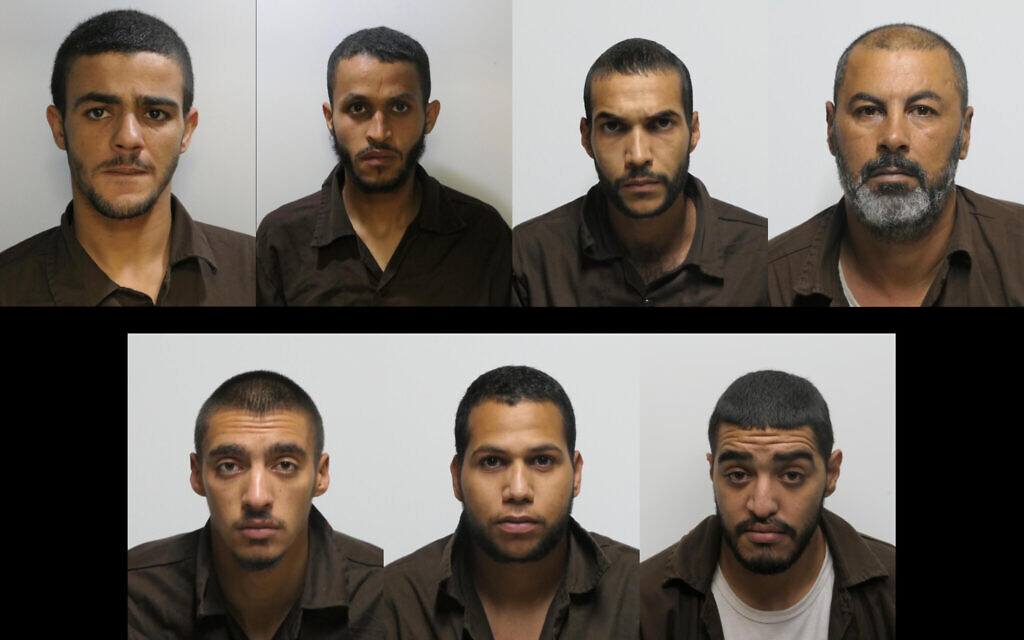 The police identified the five Arab Israeli murder suspects as Haled Hassouna, 51; Karim Bahlul, 20; Yusef al-Qadhayim, 21; Walid al-Qadhayim, 25; and Iyad Marahla, 20, and the two Palestinian suspects as Ahad Danun, 25, and Kamel Deif Alla, 21, both of whom were in Israel illegally without the proper permits, according to the Shin Bet.

According to the investigation, several of the suspects — including the eighth man, Muhammad Hassouna, 33 — are believed to have attempted to delete security camera footage from the area that showed their involvement in the attack.

“The investigation also found that some of the suspects were involved in other cases of severe rock-throwing events in Lod against Jews,” the Shin Bet said.

Last month saw massive riots break out in many so-called mixed Israeli cities, those home to large numbers of both Arabs and Jews. Though not unprecedented, the internecine violence was some of the worst in Israel’s history, bringing to the surface long-simmering conflicts between Arab and Jewish Israelis.

After his death, Yehoshua’s family decided to donate his organs, including a kidney to an Arab Israeli woman. Randa Aweis, 58-year-old Christian woman from Jerusalem, received the kidney and thanked Yehoshua’s family for the “noble deed.”

Yehoshua’s wife, Irena, told Channel 12 news that her husband was a “paragon of coexistence.”

“He worked as an electrician and repaired homes for all, Arabs and Jews,” she said, saying the riots in Lod “hurt us all. These incidents aren’t good for anyone and I’m sure both Arabs and Jews are sorry for them.”