Youba Darif describes himself as an activist. But he hopes to be an entrepreneur.

The 26-year-old Moroccan national spends his time working for civil organizations on a local and national level in his home country and throughout the Middle East and North Africa (MENA) region.

Darif is also building an online platform for civic tourism and cultural exchange in Morocco for cohorts of Moroccans, immigrants from sub-Saharan Africa, Israelis and Europeans that will focus on gender and sexuality issues as part of an initiative called the Roots Lab.

His platform aims to use tourism to create a network of people interested in raising awareness about gender roles in the region through research and projects while visiting cultural sites in Morocco, including Tiznit, a town on the west coast, and Marrakech, its fourth-largest city.

To make his dream come true, Darif has joined Israel-founded initiative Starting Up Together, an online pre-accelerator program that trains entrepreneurs across the region.

Since late December, once a week, Darif meets participants from Israel, the West Bank, Egypt, Jordan, Syria, Iraq, Libya, Israel and other MENA countries online for workshops, panels and discussions to brainstorm about issues that could have an impact on society — such as smart cities, environmental awareness, human rights, social justice or employment opportunities.

The goal is not to develop entrepreneurships but rather entrepreneurs, where the focus is on helping participants develop the capacity to build ideas rather than develop a specific initiative.

The accelerator is both a professional development track and “a community for like-minded people in the Middle East and North Africa who want to see prosperity, who want to see peace in this region and collaboration, and want to move forward from the past of wars and conflict, and move to a cooperative, peaceful future,” said Shai Shalgi, project manager of Starting Up Together’s regional track.

Operating in cooperation with the Tel Aviv-based Peres Center for Peace and Innovation, Mass Challenge Israel, Tel Aviv University’s TAU Ventures and the Edmond de Rothschild Foundation, this regional program is actually one of two tracks offered by Starting Up Together.

A local track for Israelis is currently in its third cohort — usually in-person but online this year due to the coronavirus pandemic — and is offered to Arab and Jewish Israelis above the age of 18. Each cohort is split evenly among Arabs and Jews, and they try to balance men and women participants.

The program provides access to tools and methodologies for early-career entrepreneurs to build startups and gain entrance into Israel’s booming startup ecosystem — which organizers hope to diversify through the program.

Starting Up Together’s regional track, launched for the first time at the end of last year, runs parallel to the local track, and the concepts are fairly similar — except instead of strengthening a “Startup Nation,” like many Israel-based accelerator programs aim to do, the regional track wants to promote a “Startup Region,” encompassing all MENA countries. There are some 60 participants in this year’s regional track.

Both tracks will celebrate their completion at a three-day online conference where participants will get to meet each other. 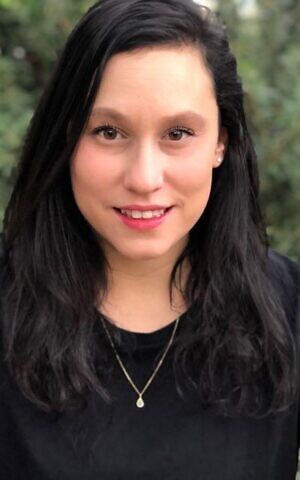 He’s taken advantage of much that Starting Up Together has offered him over the last few months, such networking with people across the region and gaining the knowledge necessary to develop his initiative back home.

Professionals from all sorts of industries at times join the sessions to lecture and offer insight, and participants learn about the startup process and everything that goes with it — networking, investing, pitching and other skills. In breakout sessions, people bounce ideas off each other and share details of their projects.

Each participant has one of four coordinators — two Israelis and two Palestinians — who remain in touch with participants and keep tabs on their status.

“Starting Up Together is a pre-accelerator and it qualifies, it trains, entrepreneurs and not entrepreneurships,” Shalgi said. “We’re focused on the person rather than initiative.”

Starting Up Together’s regional track is based on an existing regional program set up by the Peres Center in 2011, in the wake of the Arab Spring. The YaLa Young Leaders program provides young activists across the MENA region with the tools and skills to leverage citizen journalism and new media to connect with each other over topics such as peacebuilding, human rights and environmental activism.

YaLa is now facing its 10-year-anniversary, just as its inspiration, the Arab Spring, faces its own decade anniversary, albeit with a sense of missed opportunity as the once-hopeful regional uprisings have been largely quashed or transformed into bloody wars.

There is however a significant takeaway from the 2011 movements, said Rachel Hadari, the director of the healthcare, business and environment department at the Peres Center: Young people felt they had the power to move things forward and create a better future for themselves.

“The Arab Spring actually, for the first time, brought or focused on the power of young people in the area who had enough of whatever is happening, and wanted to look forward to a better future,” Hadari said.

Starting UP together uses YaLa’s online platform for its focus on entrepreneurship and innovation, complementing YaLa’s focus on social activism. And whereas those participating in the YaLa program had to keep a low profile, now, because of the Abraham Accords that Israel signed with the UAE, Bahrain, Morocco and Sudan last year, these relationships can come out in the open.

“We have been working since the Arab Spring and we are working now in the region, openly, which in the past — whatever we did was low-profile,” Hadari said. “Today, in the region, we work openly in most countries.”