As of now, Israel’s 36th government seems to be divided into two distinct camps with contradictory approaches to the peace process with the Palestinians. Each is advancing its own agenda, but both appear to be okay and even comfortable with the situation.

The right-wing camp is led by Prime Minister Naftali Bennett; the left-wing one by Defense Minister Benny Gantz. Nevertheless, the two leaders have a good relationship, despite the occasional tensions.

This double-headed approach was visible on two recent occasions. For instance, when the government okayed thousands of new settlement homes in the West Bank alongside mass permits for Palestinian construction, Bennett said his government’s policy was to strengthen the settlements since it was “more right-wing” than the previous one led by Benjamin Netanyahu.

A few weeks ago, Bennett laid the blame for the Palestinian permits at Gantz’s doorstep, but the defense minister appeared entirely untroubled by the accusation.

Then, on Sunday night, Gantz met Palestinian Authority President Mahmoud Abbas, a development that the diplomatic front hasn’t seen for many years.

In addition to comments criticizing the meeting, mainly by members of Gideon Sa’ar’s New Hope party, unnamed government sources were quoted as saying that Gantz “is doing whatever he wants, is working on his own and running a government within a government.”

Bennett’s associates have denied making that comment, which echoed frequent accusations made against Gantz by Benjamin Netanyahu in the two men’s previous, short-lived government.

Bennett and Gantz held a lengthy meeting on Tuesday. According to Army Radio, the prime minister told the Blue and White party leader that he didn’t like the “media festival” surrounding Gantz’s visit to Ramallah. But Gantz’s associates are saying his relationship with Bennett is great and that it is Yesh Atid party leader Yair Lapid who is fanning conflict within the coalition.

Meanwhile, Bennett’s office denied a report on Wednesday that said he was to attend a meeting in the near future with the leaders of Egypt, Jordan and the Palestinian Authority. 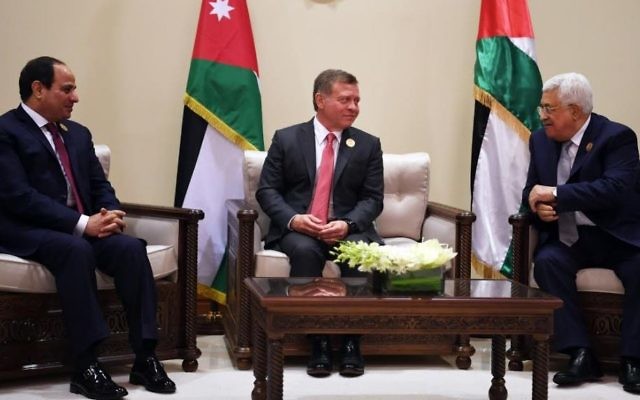 The report cited an unnamed Egyptian source as saying it was eventually decided to leave Bennett out and to instead hold a tripartite meeting of the other leaders to discuss a unified position on renewing Israeli-Palestinian peace talks and negotiations with the United States.

The current situation suits both Bennett and Gantz. The center-left coalition parties — Yesh Atid, Blue and White, Labor, Meretz and Ra’am — are happy with the defense minister meeting Abbas, while the right-wing Yamina, New Hope and Yisrael Beytenu are content with Bennett’s expressed reservations.

We can expect more of this going forward. Bennett will repeatedly claim there are no peace talks with the Palestinians to satisfy his pro-settlement base, while Gantz will hold such talks, satisfying the left-wing coalition parties. 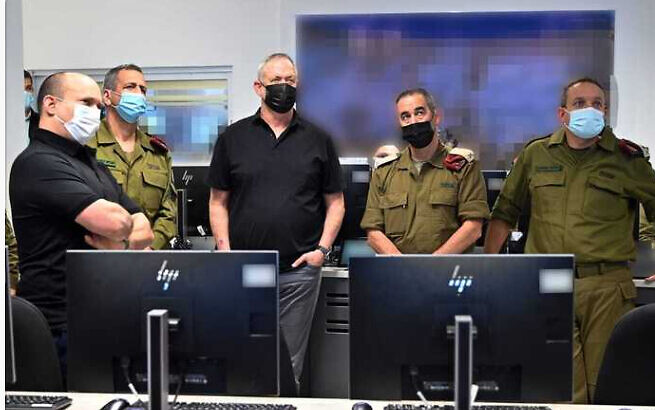 Gantz’s associates say he is feeling much freer than he did as defense minister in the previous government, when Netanyahu, they say, would have never allowed him to meet Abbas. Gantz is now a dominant defense minister heading the coalition’s second-largest party, and as a former IDF chief of staff is seen as the minister with the most experience.

One minister who requested anonymity said that Gantz is now much more experienced politically than he was before and knows how to exploit Bennett’s political weakness, since the premier — whose Yamina party has just six Knesset seats — cannot threaten, fire or sideline him.

One area where Gantz has undoubtedly improved is his use of the Defense Ministry’s powerful media department. The ministry has recently been publishing photos in which Gantz is dominant and central while Bennett is at the edge of the photo, if at all.

Michael Bachner contributed to this article.