The measure passed second and third readings in the Knesset plenum 61-2, with almost the entire opposition boycotting the vote in protest, following over 15 hours of debate.

Lapid, whose Yesh Atid party is the largest in the coalition, agreed to a power-sharing deal with Bennett to clinch the support of his relatively small Yamina party for a coalition government that shoved former prime minister Benjamin Netanyahu from power last month.

Netanyahu and political rival-cum-partner-cum-rival Benny Gantz of the Blue and White party pushed through a similar piece of legislation to enshrine their own nascent rotation agreement last year, despite protests from Lapid, Bennett and the rest of the then-opposition.

The new legislation makes several changes to the Netanyahu-Gantz rules, including extending guidelines on power-sharing to Knesset committee activity and passing a rule that would make Lapid prime minister immediately if the government falls due to a budget failing to pass or a lack of support from Yamina members.

It also creates positions for two deputy ministers within the Prime Minister’s Office.

The vote, which had been delayed when a Yesh Atid lawmaker contracted COVID-19 and was unable to provide the crucial 61st vote, comes weeks after the High Court rejected a petition seeking to strike down last year’s Netanyahu-Gantz deal.

Among the petitioners then had been Meretz, which voted in favor of the law this time, and the Movement for Quality in Government in Israel, which criticized the new government on Tuesday for wasting tax money on sweetheart jobs. It said each deputy minister would cost state coffers NIS 3.3 million ($1 million) a year.

“It’s a simple equation: More ministers and deputy ministers = a government that is less stable and more wasteful,” the group tweeted.

The opposition left the Knesset plenum en masse in protest after it said the coalition broke procedure related to voice voting rules. Members accused the government of “bullying” as they left the hall.

A plenary session at the assembly of the Knesset, the Israeli Parliament in Jerusalem, July 14, 2021. (Photo by Yonatan Sindel/Flash90)

United Torah Judaism MK Moshe Gafni, who supported the 2019 Netanyahu-Gantz rotation deal, slammed the new legislation as a sign of the coalition’s lack of stability.

“The alternate prime minister doesn’t trust the sitting prime minister and vice versa. So they are bringing a law for Knesset approval that will ensure one does not steal from the other. In any case, it’s a government of thieves, so they need assurances,” he said, echoing criticisms of the 2019 amendment. 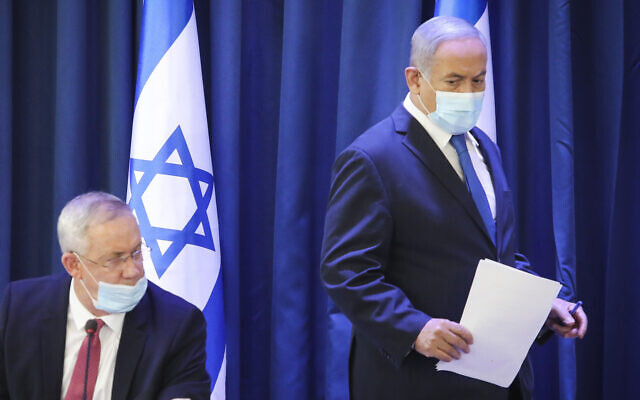 The coalition is made up of a wide array of parties stretching across the political spectrum, from the right-nationalist Yamina to left-wing Meretz and the Islamist Ra’am party. Coalition leaders have acknowledged that the alliance has a plethora of possible friction points, but have vowed to focus on areas of agreement instead.

The coalition’s wide tent has already posed a challenge in previous votes, including on an effort to extend a ban on Palestinians gaining Israeli citizenship through marriage.

Despite throwing out the petitions against the amendments, the High Court hinted during a hearing in November that it opposed the use of amendments to quasi-constitutional Basic Laws in order to bolster coalition horse-trading, with some judges noting that a temporary order would be more appropriate. 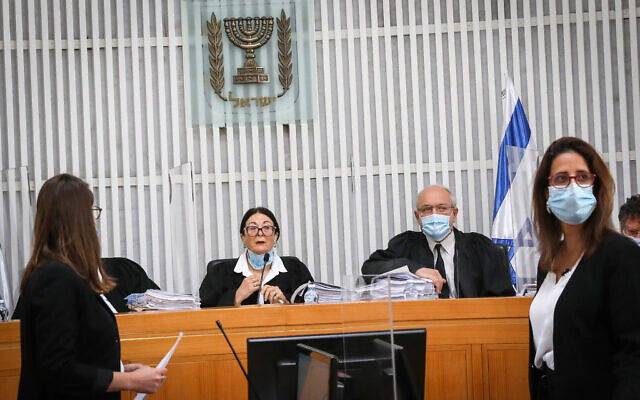 “Repeated changes have already been made to the Basic Laws — which are supposed to form the basis of Israel’s constitution — as if they were playdough,” Israel Democracy Institute researcher Amir Fuchs said in December. “The Knesset must respect its Basic Laws and approach any possible change to them with the appropriate restraint.”