The leaders of Israel’s two ultra-Orthodox parties held a quite staggering press conference on Tuesday, at which they denounced the “change government” and especially its Prime Minister-designate Naftali Bennett.

Staggering in the vitriol they heaped upon Bennett, who is set to become Israel’s first Orthodox prime minister, and staggering in the arrogance with which they asserted that theirs is the only legitimate approach to halachic Judaism and that the “Jewish state” is imperiled by their imminent exclusion from government.

Bennett and his colleagues will “destroy Shabbat, conversion, the Chief Rabbinate, kashrut and will tear the people of Israel asunder,” thundered Shas leader Aryeh Deri.

“He should take off his kippa,” raged United Torah Judaism’s Yaakov Litzman.

“The names of the wicked shall rot,” proclaimed UTJ leader Moshe Gafni.

Bennett, in response, was mild and rather sorrowful: “These are comments that do not gain them any respect, and reflect a loss of control,” he said. “Only a year ago, when the current unity government was formed, Yamina was left out and the Haredim were in. You did not see me calling on Gafni to take off his kippa. There was a government, we were not part of it, and the sun still rose in the morning.”

“The ultra-Orthodox MKs will not teach us what Judaism is, and certainly not what Zionism is,” Bennett added.

What Bennett also accurately described as the Haredi MKs’ “hysterical outburst” underlined their conviction that for all Prime Minister Benjamin Netanyahu’s ongoing efforts to win over the single defector he would need to block the 61-strong coalition, Sunday afternoon will see the end of Netanyahu’s unprecedented 12-year hold on power. Netanyahu certainly hasn’t given up, but his ultra-loyal ultra-Orthodox allies have evidently concluded that it’s over.

If so, Bennett’s unfazed response to the vicious assault mounted against him by his longtime Shas and UTJ coalition colleagues marks an encouraging portent on the road ahead. “As prime minister, I will take care of ultra-Orthodox society and the world of Torah,” he promised, maintaining the generally conciliatory tone that has marked the assembly of his and Yair Lapid’s wildly diverse, eight-party coalition. 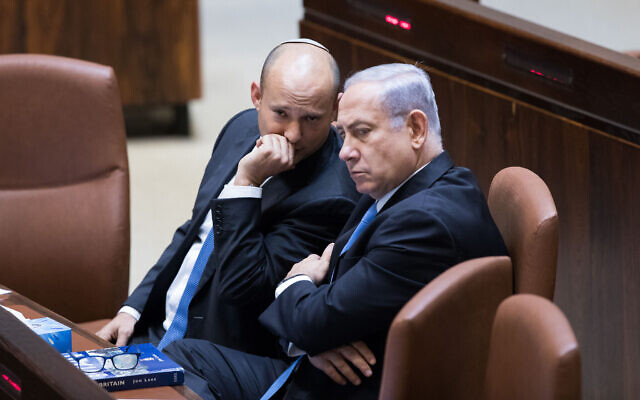 While Netanyahu rails incessantly and falsely about stolen votes, peddles “deep state” conspiracy theories, and demonizes this “left-wing” government, Bennett, Yesh Atid’s Lapid and other members of this extraordinary alliance of right, center, left and Arab parties have tended to focus on the good that they intend to try to do — the process of national healing they aim to initiate.

In an Army Radio interview Wednesday morning, Yamina’s Matan Kahana, an Orthodox ex-fighter pilot who also served in the IDF’s elite General Staff Reconnaissance Unit (Sayeret Matkal), rejoiced in his imminent appointment as Minister for Religious Services — saying it was the only position he wanted. He pledged to maintain the broad “status quo” that governs issues of religion and state, but also to fix abuses and introduce urgent reforms.

For a start, he said, with the common sense that has eluded Shas and UTJ these past six weeks, he will insist on a state commission of inquiry into the April 30 Mount Meron disaster in which 45 men and boys, overwhelmingly from the ultra-Orthodox community, were killed in a horrific crush. How else, he asked, would he be able, as the minister responsible, to ensure it didn’t recur? 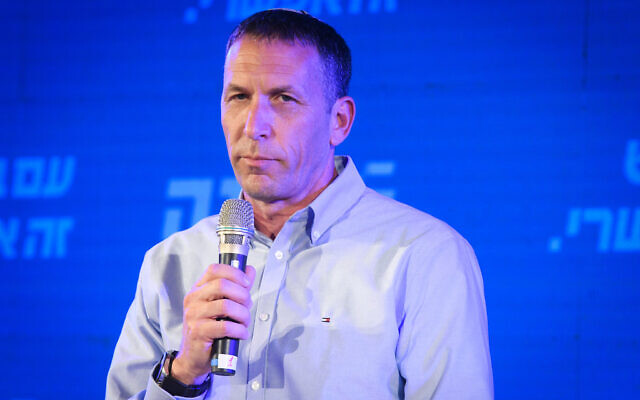 Reminded that he would be taking over a Shas-run ministry whose staff could be relied upon to resist changes, Kahana said warmly that he knew he would have a lot to learn from the ministry’s civil servants. And he stressed that matters in the field of religion and state “that haven’t been solved for 73 years, probably won’t be solved in the next government.”

Generally, said Kahana, echoing comments Bennett has made more than once in the past few days, every member of the incoming coalition “knows that they probably cannot realize their full agendas, and they know that if they start attacking each other, the government won’t survive.” The partners “are coming with a lot of goodwill.”

While the ultra-Orthodox political apparatchiks have declared religious war on it, many key members of the “change government” have set it up with an almost Messianic vision of internal Israeli right-left, Orthodox-secular, Jewish-Arab harmony

Never in the history of this country have rightists, leftists, centrists and Arabs agreed to stake out common ground, together in government, in the cause of the greater Israeli good. While the ultra-Orthodox political apparatchiks have declared religious war on it, many key members of the “change government” have set it up with an almost Messianic vision of internal Israeli right-left, Orthodox-secular, Jewish-Arab harmony. (Yisrael Beytenu’s Avigdor Liberman is a particularly stark exception.) However hard this will prove to maintain, the very goal marks a laudable departure from Netanyahu’s divisive approach to retaining power.

First, though, the “change government” needs to win Knesset approval, in a vote set for Sunday afternoon. It is worth recalling Shimon Peres’s rude discovery, in the course of just such a vote in 1990, that he didn’t have all his coalition ducks lined up after all.

The new coalition promises a new, more harmonious era in Israeli politics, but all its good intentions won’t matter a whit unless or until those 61 MKs’ votes are cast, counted and confirmed.

** An earlier version of this Editor’s Note was sent out Wednesday in ToI’s weekly update email to members of the Times of Israel Community. To receive these Editor’s Notes as they’re released, join the ToI Community here.