MeaTech 3D Ltd., a maker of lab-grown meat products, said it has started research into the production of cultivated pork meat, to eventually mass-produce the most commonly consumed meat worldwide without killing pigs in the process.

Depending on what the rabbis say, the bacon may also be considered kosher, said Simon Fried, in charge of business development at the Ness Ziona, Israel-based firm, which was founded in 2018 by Omri Schanin and Sharon Fima.

“The jury is still out,” said Fried in an interview. “There are no off-the-shelf answers about whether it will be deemed kosher or not.”

Kosher foods are products that comply with the dietary requirements set out by Judaism. Pig meat is never kosher, whereas cows or chickens, for example, are kosher if they are slaughtered in a particular way and their meat processed in a prescribed manner that involves soaking and salting.

There is no killing of animals involved in the MeaTech production, said Fried, but the final product is “identical” in properties to that of animal flesh.

MeatTech draws stem cells from animals and reproduces them via a sort of fermentation process in bioreactors, in which “we recreate the conditions within the animal,” said Fried in an interview.

An illustration of MeaTech’s factory of the future, to create meat grown from animal cells in bio-reactors (MeaTech)

This enables the cells to multiply “exponentially,” he said. They can eventually be used either as food additives or to create cultivated animal tissue and then cultivated meat cuts.

The bioreactors, Fried said, “are like a five-star hotel” in which the cells “get whatever they need to propagate, like in nature.”

The “dream scenario,” Fried said, would be to continue using the cultivated cells to create even more cells, leaving real animals out of the process altogether, eventually. The cuts produced would be only parts people are willing to eat – no bones, hooves or tails.

MeaTech’s plan is to eventually print beef, poultry, pork and fish products, as well as chicken and goose fat, the company said.

The fact that there is even a discussion about whether cultivated pig meat might be kosher is a sign of the “huge revolution” happening on the ground, said co-founder Schanin in the interview.

There are some 40 companies worldwide racing to be the first to market with cell-based meat products that taste and look like the real thing, and can be affordably mass-produced to meet the massive demand for protein in a world whose population is increasing and becoming wealthier. 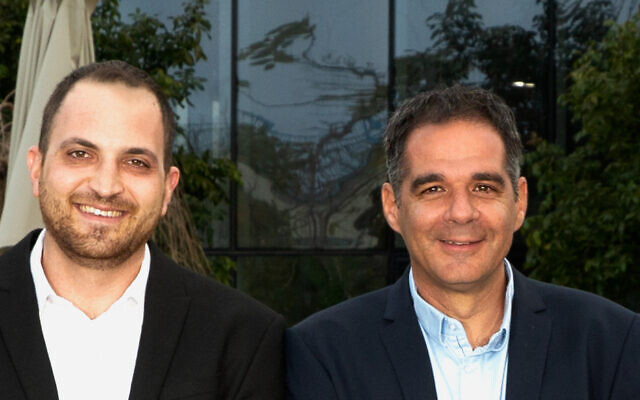 Growing cows for meat has been found to have one of the largest negative impacts on the global environment, and reducing meat consumption is necessary to cut gas emissions and avoid climate change, according to a study in the journal Nature. Some 56 billion animals — cows, lamb and poultry — are slaughtered every year to feed the world, where consumption of meat is set to grow 70% by 2050, according to the Food and Agriculture Organization of the United Nations, as middle classes in Asia and Africa increasingly become carnivorous.

Israel plays a “substantial role” in the alternative proteins global market and is considered a pioneer in the field, with Israeli startups raising a record amount of money from investors in 2020, said a report by The Good Food Institute Israel, a nonprofit organization that seeks to promote research and innovation in the field.

Last week, Israel’s Aleph Farms said it got a $105 million investment to bring lab-grown steaks to market. Future Meat Technologies, which also makes meat from animal cells, completed a $27 million funding round in February. The cultivated meat sector is poised to thrive in coming years when companies transition from development stage to production, the report said.

Even if their cell-based processes are similar, explained Schanin, what differentiates MeaTech from the other firms is that it is also developing its own 3D printing technologies to eventually print the whole-cut meat products. For the printers, the firm is working in close collaboration with Tel Aviv University’s Tal Dvir, whose team of researchers in 2019 3D-printed a human heart, with tissue and vessels, in a development described as a major medical breakthrough.

Dvir is the scientific adviser of MeaTech, said Schanin, adding that MeaTech got the idea of 3D printing its cultured meat products from medical technology. Just as researchers are printing organs for medical use, Shanin said, the same technologies can be used to create cultured meat proteins.

MeaTech’s products and the printers are still in the research and development stage, said Fried. The company said in May that it plans to set up a cultured chicken fat production plant in Belgium. The cultured fat production process will deploy technologies developed by the Belgian subsidiary of MeaTech, Peace of Meat, which the Israeli firm acquired earlier this year.

The idea is to produce cultured chicken fat, made from chicken cells, for use as food additives and flavoring in the food industry, especially for giving plant-based foods like veggie burgers the flavor, fragrance and feel of the real thing. 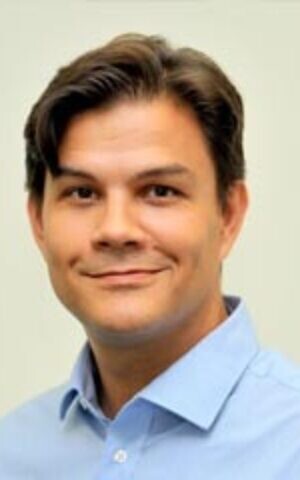 By the end of this year, said Fried, the compan aims to print a 100-gram steak, to demonstrate its technology.

MeaTech’s aim is to develop the cell lines and the printers and license its technologies to meat producers and other food makers, who seek to provide alternative proteins either in the form of hybrid products — a mix of plant-based proteins with cultured cells for better flavor — or minced or whole-cuts versions of the cultured meat products. The latter are harder to produce and will take longer to develop, Fried said.

Delisting from Tel Aviv makes it easier to manage investor relations by sending out one set of messages to one exchange rather than two, said Fried, and resolves issues of the timing of information, given the time lag between the stock markets, and bureaucracy, said Fried.

The company’s market value on the Nasdaq is $90 million and the its shares have declined some 26% since their start of trading in March this year.

The expansion MeaTech’s research and development activities to include pork is part of its strategy to develop a broader offering of its technology, which already includes beef and chicken cell lines. Porcine cellular agriculture, if successfully developed, could expand MeaTech’s potential market reach, the company said.

Its pork-making activities have already garnered the interest of the Tiv Ta’am Group, the owners of a supermarket chain in Israel and a producer and supplier of non-kosher meat, prominently including the sale of pork. Tiv Ta’am said Wednesday it has signed a non-binding letter of intent with MeaTech to cooperate in the joint development of cultivated meat products, with a focus on its cultivated pork.

According to the agreement, which the parties will work to transform into a binding deal, Tiv Ta’am and MeaTech will cooperate on research, set up a production facility for cultivated meat products, and granting distribution and marketing rights to Tiv Ta’am, including possible exclusive rights on jointly developed products.

Tiv Ta’am’s expectation is that that growing demand will drive the increased use of pork fat as a raw material in the coming years, the companies said in a statement.

“We want to re-wire the entire industry,” said Fried, and there is “ample room” for competitors. “We want to make access to food more competitive” and enable manufacturers to produce cultured meant anywhere, including in countries in which beef and poultry aren’t produced, he said.