The Israeli Air Force’s investigation into the deadly crash of a training plane last week has so far failed to determine what caused the aircraft to go down, the military said Wednesday.

In light of the uncertainty, Air Force chief Maj. Gen. Amikam Norkin has decided to keep the fleet of planes — Grob G 120 “Snunit” trainers — grounded until further notice. All other training aircraft have already returned to service.

There were no immediate indications of what caused the crash: the skies were clear, and Ben-Bassa and Zayden had made no contact with their control tower about any problems before their plane came down.

Norkin immediately ordered a full investigation of the apparent accident, tasking a colonel, who cannot be identified by name, with leading the probe.

On Tuesday, the colonel’s team presented its interim report to Norkin, which contained few definitive answers.

“At this time it is not yet possible to determine the cause of the crash,” the Israel Defense Forces said.

There were no clear indications of mechanical problems, nor were there signs that Ben-Bassa or Zayden had tried to bail out of the plane. The plane’s internal communications system, which would show what Ben-Bassa and Zayden had been saying to each other before the crash, was badly damaged by the impact.

“Despite great efforts in Israel and abroad, it does not appear it will be possible to restore them,” the military said. 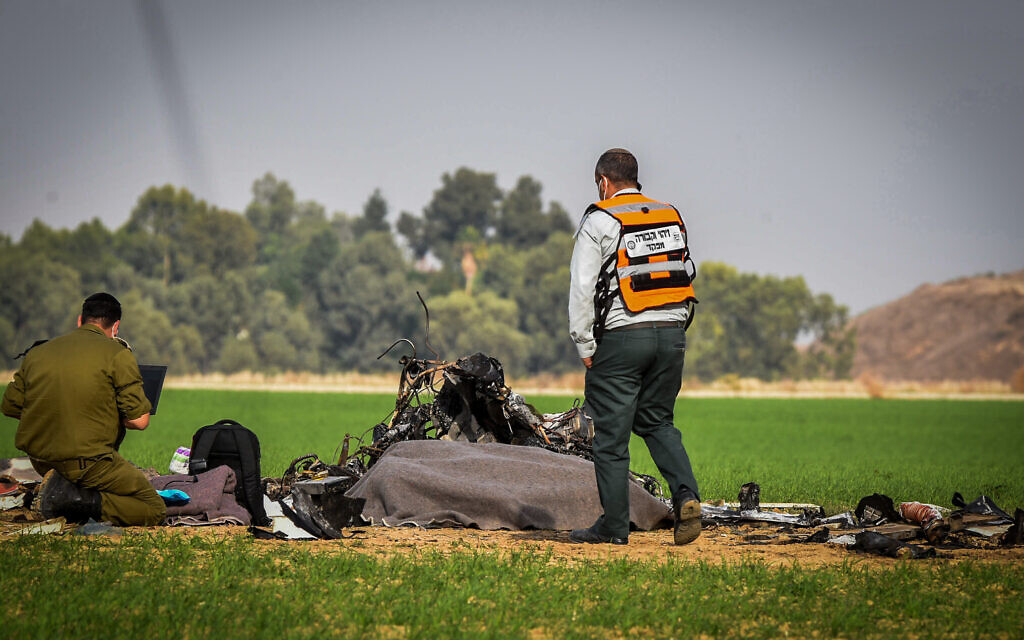 The site of a plane crash in which two Israeli soldiers were killed near Kibbutz Mishmar Hanegev in southern Israel on November 24, 2020. (Dudu Greenspan/Flash90)

The probe had ruled out the possibility that a bird had struck the aircraft and caused the crash, according to the IDF.

At 10:43 a.m., Ben-Bassa and Zayden took off from Hatzerim Air Base in southern Israel for a basic training flight as part of the Air Force’s esteemed pilot’s course. The flight was one of a series that were meant to help instructors sort cadets into different tracks. Ben-Bassa, who had been in the pilot’s course for four months had flown a “Snunit” eight times before last Tuesday’s flight. Zayden, a veteran fighter pilot with thousands of flight hours of experience, had clocked hundreds of them on the two-seater training aircraft, the investigation found. 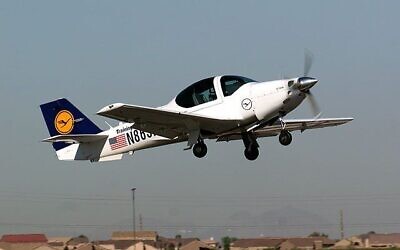 A Grob G 120 ‘Snunit’ takes off in an undated photograph. (Fschmidt12/Wikimedia)

This type of training flight generally follows a fixed route, but the trainers can use their discretion to add elements to the path to better help them assess the cadet’s abilities, the military said.

Such a deviation apparently occurred during the flight, as Zayden contacted the control tower to get permission to fly at a lower height than originally planned. This was the last communication that Zayden and Ben-Bassa had with the control tower before the crash.

Their plane was last seen on radar at 11:12 a.m., flying at 900 feet. Roughly two minutes later, the aircraft was on the ground in flames.

“There has not yet been found any evidence to indicate that the plane was hit or that birds hit [the airplane] or that parts came loose in air and/or that a fire broke out in the air,” the military said. 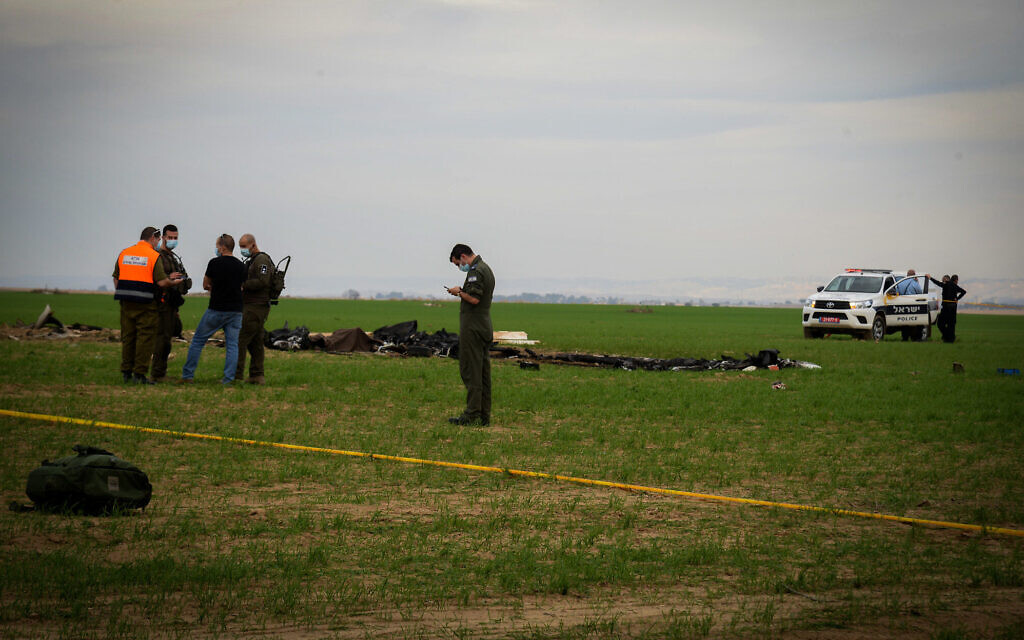 The site of a plane crash in which two Israeli soldiers were killed near Kibbutz Mishmar Hanegev in southern Israel on November 24, 2020. (Dudu Greenspan/Flash90)

The probe found that a motor problem had been discovered in the “Snunit” two and a half months before the crash and that there had been a small technical issue a week beforehand, prompting a large amount of maintenance on the plane — a relatively common occurrence for such aircraft.

The plane had been checked and cleared the morning of the flight by technicians. It had been flown two times by two different crews before Ben-Bassa and Zayden climbed aboard on the day of the crash.

“At this stage no link has been found between the plane’s maintenance history and the accident,” the military said.

The IDF said the investigatory team would continue to investigate the crash and was bringing in representatives from the manufacturer, Grob, to assist in the effort. 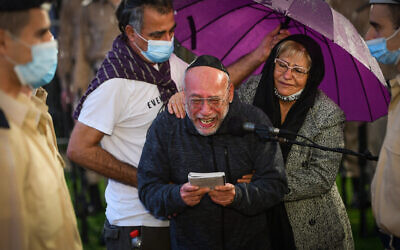 Shlomi Ben-Bassa weeps over the grave of his son Lihu, who was killed in a plane crash, at the military cemetery in Rishon Lezion on November 25, 2020. (Avshalom Sassoni/Flash90)

Upon receiving the interim report, Norkin acknowledged that this would be a difficult effort as there was no obvious issue, leaving many different possible directions to take the investigation, but said that “we nevertheless have to understand what happened and how it happened.”

Ben-Bassa and Zayden’s families were presented with the interim findings as well.

Last Tuesday’s crash was the first such fatal incident since 2008, when a trainer and cadet were killed aboard a different type of training plane.

Alex Fulbright contributed to this report.