Algeria’s public prosecutor has ordered an investigation into media reports that the North African country may have been the target of the Israeli-made Pegasus spyware, it said in a statement on Thursday.

At the same time, Saudi Arabia and the United Arab Emirates dismissed allegations they used Pegasus malware to spy on journalists and human rights activists.

News outlets including Le Monde and the Washington Post had reported on Sunday that the software, developed by Israeli firm NSO Group, had been used by governments to spy on activists, journalists, lawyers and politicians around the world.

Saudi Arabia and the UAE are among several governments accused of using Pegasus spyware to monitor the activities of dissidents and other critics.

The bombshell claims were based on a document leaked to Forbidden Stories, a Paris-based media nonprofit, and Amnesty International, containing 50,000 telephone numbers of people identified as potential targets via Pegasus between 2016 and June 2021.

Many numbers on the list were clustered in 10 countries including Morocco, Algeria’s neighbor and political rival.

Thousands of Algerian telephone numbers — including some belonging to top political and military figures — were listed as potential targets of the spyware, according to TSA, a French-language Algerian news website.

Morocco and Algeria have repeatedly sparred over the disputed region of Western Sahara, which Morocco considers an integral part of its territory while Algeria backs the pro-independence Polisario movement.

Morocco said on Monday it “categorically rejects” claims its intelligence services used Pegasus to monitor critics at home and abroad.

It also filed a defamation claim against Amnesty International and the French NGO, due to allegations its intelligence services used Pegasus against dozens of French journalists, lawyers for the government said Thursday.

A statement by the UAE’s foreign ministry on Thursday said “allegations … claiming that the UAE is amongst a number of countries accused of alleged surveillance targeting journalists and individuals have no evidentiary basis.”

Such allegations “are categorically false,” it added. 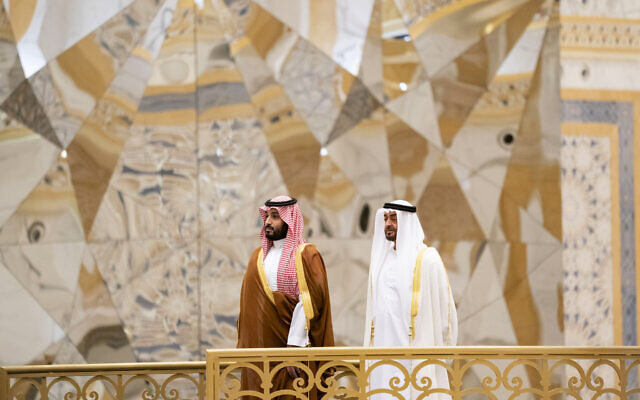 “The source added that such allegations are untrue, and that KSA’s policies do not condone such practices.”

Israel’s NSO Group and its Pegasus malware — capable of switching on a phone’s camera or microphone and harvesting its data — have been in the headlines since 2016, when researchers accused it of helping spy on a dissident in the UAE.

A giant of Israeli tech with 850 employees, NSO insists its software is only intended for use in fighting terrorism and other crimes, and that any other use is the work of “rogue” operators.

Those claims are rubbished by human rights group Amnesty International. 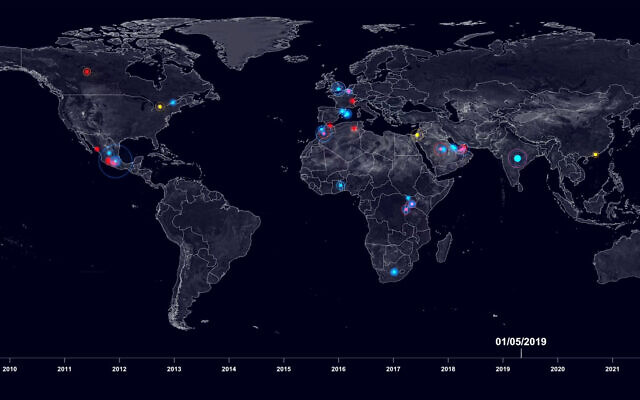 The UAE normalized its relations with Israel in a US-brokered deal last year, but regional heavyweight Saudi Arabia still has no formal ties with the Jewish state.

Last year, in the wake of the normalization agreement between Israel and the UAE, the Haaretz daily reported that the Israeli government officially mediated the sale of Pegasus spyware to the emirates of Abu Dhabi and Ras Al-Khaimah, as well as Bahrain, Oman and Saudi Arabia.

He said Israel was studying recent publications on the subject.