Algerian judoka Fethi Nourine and his coach Amar Benikhlef on Saturday had their Olympic accreditation withdrawn and will be sent home after refusing to fight an Israeli athlete.

The International Judo Federation’s (IJF) executive committee announced they had temporarily suspended Nourine and Benikhlef. In response, the Algerian Olympic Committee withdrew their accreditation said they would be put on a plane home, with further sanctions expected.

The IJF said Nourine’s stance was “in total opposition to the philosophy of the International Judo Federation.”

“The IJF has a strict non-discrimination policy, promoting solidarity as a key principle, reinforced by the values of judo,” it added.

“Judo sport is based on a strong moral code, including respect and friendship, to foster solidarity and we will not tolerate any discrimination, as it goes against the core values and principles of our sport.”

Nourine was set to face Sudan’s Mohamed Abdalrasool on Monday in his first bout, with a possible second round showdown against Israeli Tohar Butbul in the men’s 73kg division.

But speaking to an Algerian television station late Thursday, he said his political support for the Palestinian cause made it impossible for him to compete against an Israeli.

“We worked a lot to reach the Olympics… but the Palestinian cause is bigger than all of this,” he said, adding that his decision was “final.”

It is not the first time Nourine has pulled out to avoid facing an Israeli opponent, after a similar move at the 2019 world championships, also in Tokyo.

Iranian judokas have also come under fire for refusing to compete against their Israeli counterparts. 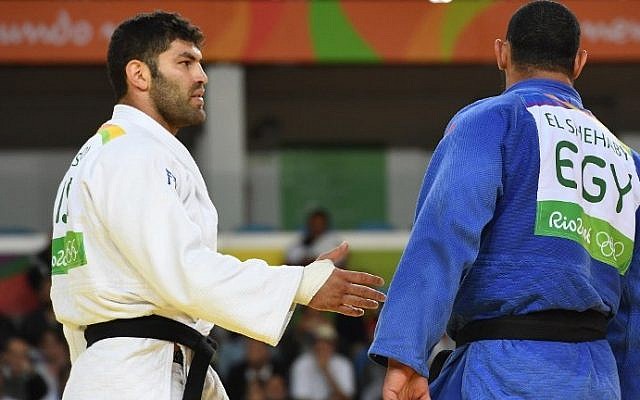 The 32-year-old Egyptian, a world championship medalist in 2010, had faced pressure on social media and from hardline Islamist groups in his homeland to withdraw from the match and faced intense criticism afterward for losing to an Israeli.

In April, the International Judo Federation issued a four-year ban against the Iranian Judo Federation over Tehran’s demands that its athletes refuse to face Israeli opponents.

The ban was backdated to begin in September 2019, when judoka Saeid Mollaei left the Iranian team during the World Championship in Tokyo, revealing he was ordered to lose matches and withdraw from competitions to avoid facing Israelis. 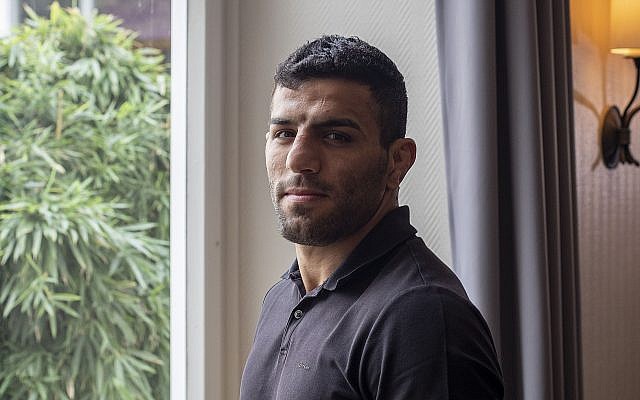