Israel’s coronavirus outbreak continued to rapidly diminish Friday amid the widespread vaccination campaign which has seen almost 4.5 million people receive two doses of the inoculation while the rate of positive test results fell below two percent.

According to Health Ministry data, 5,150,505 people have received at least the first dose of the vaccine and 4,480,810 have received both doses.

Meanwhile the positive test rate stood at 1.9%, continuing the steep decline since January, when it was over 10%.

There were 21,143 active reported cases in Israel as of Friday morning, including 1,225 new confirmed infections on Thursday, bringing the total number of cases since the start of the pandemic to 826,217.

The data was released after ministers on Thursday evening approved a further easing of coronavirus lockdown measures, increasing attendance at cultural and sporting events and opening up other public activities.

Other changes included allowing businesses operating according to the Green Pass standard to permit entry for non-vaccinated people who take a rapid virus test at the entrance. The Green Pass identifies holders as fully vaccinated or as having recovered from the coronavirus, granting them entry to public venues not available to the unvaccinated.

The statement noted the rapid test option does not detract from an existing framework under which hotels can allow entry for minors, who are not eligible for vaccination, if they show a negative result from a virus test taken within the previous 48 hours. Likewise, event halls can permit up to five percent of those present to be unvaccinated, on the condition that they tested negative for the virus in the previous two days. 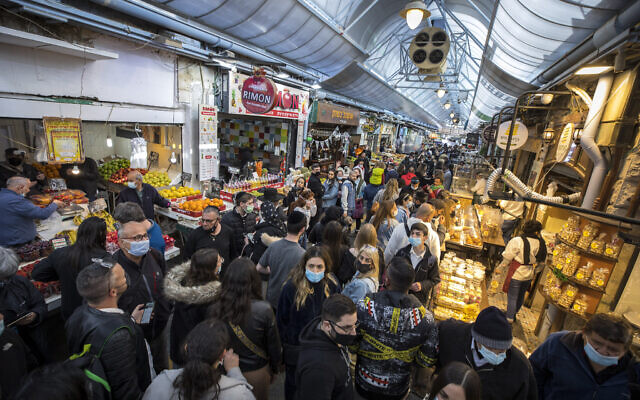 People shop at the Mahane Yehuda Market on March 18, 2021 in Jerusalem (Olivier Fitoussi/Flash90)

During the week-long Passover holiday, hotels and event venues will be able to permit entry for unvaccinated people who took a test in the previous 72 hours, the statement said.

In what will be the fourth step of rolling back the lockdown, ministers also approved lifting some restrictions from the education system, raising the number of students allowed to participate in outdoor events organized by kindergartens and schools from 20 to 50.

Teaching staff and outside teachers who have presented their Green Pass to a school principal will no longer be limited in the number of different groups of students they can work with.

Youth movement trips, including overnight stays, will be permitted for those aged 16 or older, on the condition that at least 90% of participants have a Green Pass.

The pod system, which limits the number of students who study together, is to be canceled for third graders who will study as a full class, as is already the case for grades one and two. However, third graders in aftercare will not be permitted to mix with students from other classes.

In areas where schools are operating as usual due to acceptable infection rates, kids’ camps will be permitted during the Passover holiday, according to existing guidelines, the statement said.

Indoor fairs and sporting events are to reopen according to Green Pass guidelines. Large events are to be divided into two kinds: sit-down affairs where no food is served, such as sporting and cultural events; and stand-up events where food is served, including parties, celebrations and events where participants are moving, such as sports contests. 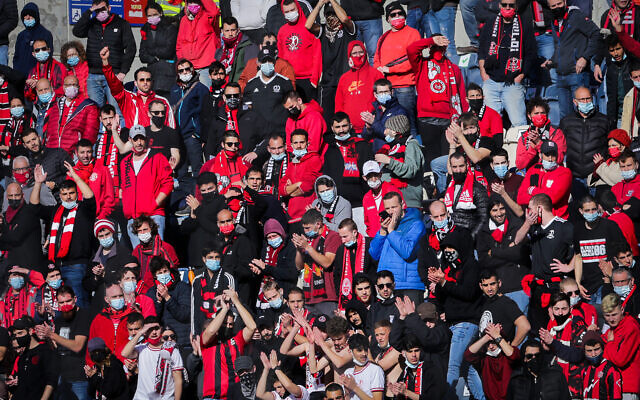 Fairs will also be permitted inside malls, with stalls socially distanced or separated by screens, the statement said. Only packaged food will be permitted for sale. Outdoor culture events can be held without the need to divide participants into separate areas.

In other steps, saunas will be reopened in gyms and swimming pools. Sports facilities will be opened for registered professional athletes including those who have not competed in events in the past two years, a requirement that was previously in place.

Tourist attractions will be able to operate under the Green Pass system while maintaining 15 square meters of space for each person. Sites that have facilities and a maximum capacity of 10,000 people can host up to 1,500 visitors, and those with a larger capacity can bring in a maximum of 2,500 people. The new rules allow for the operation of sites such as waterparks, the statement said.

The PMO said the regulations, which will come into effect on Friday, would be in place until April 4.