The American Jewish Committee opened an office in Abu Dhabi on Monday, its 13th overseas branch and its first in an Arab country.

The century-old global Jewish advocacy organization named Marc Sievers, a former US ambassador to Oman, as the inaugural director of the new UAE office.

“AJC Abu Dhabi is truly historic,” said AJC CEO David Harris in a statement. “It will enable AJC to expand on our decades of bridge-building in the region and create a wider network of stakeholders in the new relationships made possible by the Abraham Accords.”

“We are thrilled to have you,” Sheikh Abdullah told Jason Isaacson, AJC’s chief policy and political affairs officer. “I hope that your team here in the UAE will feel at home and we will do everything possible to make your presence here worthwhile.”

Abdullah added that the presence of the AJC in the UAE “is part of our journey and is part of changing mindsets. So let’s keep on working closely and understanding each other better and trying to look forward rather than looking backward.”

Peace between the UAE and Israel will be “a people-to-people relationship,” said Abdullah, pointing to the flow of Israeli tourists visiting the Emirates since last year. “Let’s keep on encouraging the people between our two nations because that’s the only way we can show both Israelis and Palestinians that this is a way forward where we can all live, not only in peace, but where we can thrive.” 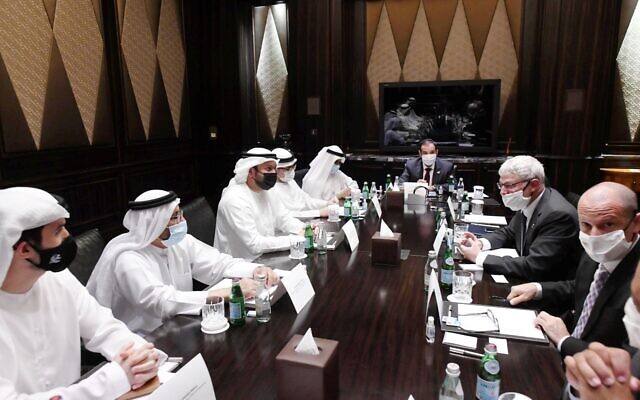 The foreign minister expressed concern about threats posed by extremists around the world and the lack of response by many countries.

He noted, “It’s very unfortunate that countries are more reluctant to talk about groups like Hamas, Hezbollah, or the Muslim Brotherhood in a clearer manner,” and that some governments designate as terrorist only a group’s military, not political, wing, while that “same entity says there is no difference.”

“The question we don’t ask ourselves enough is how much are we doing in terms of addressing extremism throughout the world,” he said. 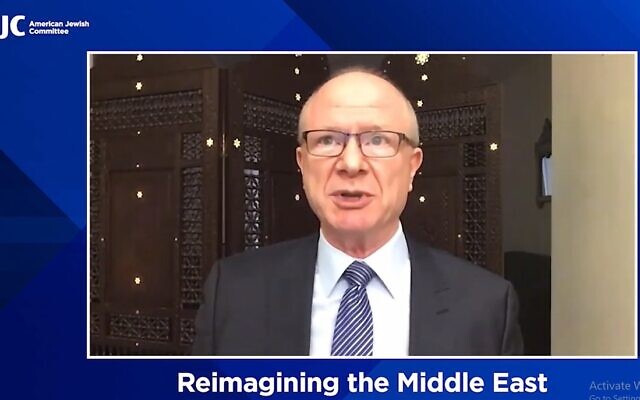 Sievers, who served as the US ambassador to Oman in 2016-2019, said the new office brings about a wealth of possibilities for cooperation.

“I am deeply honored to be the first director of AJC Abu Dhabi. This is a very exciting moment, a unique opportunity,” he said in a statement. “It’s wonderful to be based in Abu Dhabi not long after the Abraham Accords and the normalization of relations between Israel and the United Arab Emirates and between Israel and the Kingdom of Bahrain.”

The AJC declared its intention to set up shop in the UAE last September, weeks after the announcement of the Abraham Accords normalizing relations between Israel and the UAE. The organization said it had initiated discussions about the possibility of establishing an office there in 2019.

Also on Monday, the AJC announced that it had launched its first Persian-language social media accounts, opening accounts on Twitter, Instagram and YouTube in order “to reach Iranians in both Iran and diaspora communities around the world.” In early 2020, AJC opened accounts in Arabic on Facebook, Twitter and YouTube, and said since then its content has reached more than 90 million Arabic speakers.