Turkey has extended condolences to the Israeli government and people over the deadly stampede in northern Israel.

“We have received the news with sadness that many people lost their lives as a result of a stampede during a religious festival ceremony on Mount Meron in northern Israel,” read a statement issued by the Foreign Ministry on April 30.

“We extend our condolences to the people and the Government of Israel for this unfortunate incident and wish a speedy recovery to the injured,” it added.

At least 44 people were crushed to death at an overcrowded religious bonfire festival in Israel on April 30. 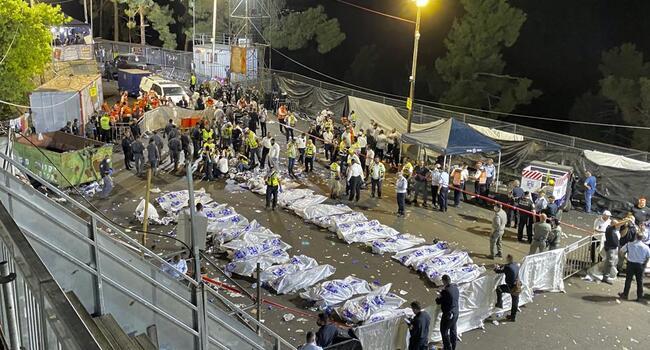 Turkish troops will not withdraw from Cyprus: Northern Cyprus premier

Death toll rises to 144 from Israeli attacks on Gaza

Turkey will not accept Israeli persecution, even if world ignores it: Erdoğan