The extremist Noam faction of the right-wing Religious Zionist party released a series of coalition conditions Thursday, saying it would recommend that Prime Minister Benjamin Netanyahu form the next government but demanding radical reforms including rolling back protections on gender equality.

In a series of tweets posted by the party, Noam — which is headed by soon-to-be MK Avi Maoz, number six of the six candidates to make it into the Knesset on the Religious Zionist slate — laid out a number of policy demands that touched on what it called the “Jewish identity” of the State of Israel.

At the top of its list, Noam said that as part of negotiations for forming the next government it would demand “a government edict that requires government bodies to act in accordance with the principles of the Nation-State Law.”

The nation-state law passed in 2018 defines Israel as the nation-state of the Jewish people. It was opposed by Israel’s Druze and other Arab minorities, who insisted it effectively defined them as “second-class citizens.”

“For the purpose of implementing this decision,” the party continued, “Noam will demand the establishment of a new government office called “Defense of the Nation: the office for detecting and neutralizing foreign influences in the State of Israel.”

It said the office would “aim to prevent foreign, anti-Israel elements from infiltrating the public systems in the State of Israel and influencing the consciousness, changing values and harming national resilience.”

The party said it would also seek “to restore to the state the Jewish character that has been eroded in recent years, by stopping government projects operating on Shabbat, preserving the Jewish personal status by subordinating the conversion system to the Chief Rabbinate only, and more.”

The party also said it would demand that the new coalition amend Government Resolution 2331 aimed at promoting gender equality in public institutions.

According to the 2014 law that Noam wants to “fix,” the government must work to promote gender equality in the civil service and “instill the value of gender equality through information and guidance.” The law also required the government to work to “strengthen the safety of women in the public sphere and prevent violence against them.”

Hinting at preventing women from serving in the IDF, the party said it would demand “a government edict that requires the defense establishment to restore the value of victory as a central value of the IDF.”

“This is not an April Fools joke,” said Labor chair Merav Michaeli in a statement. “This is the darkness that Netanyahu has brought into the Knesset. They and their discrimination must go.” 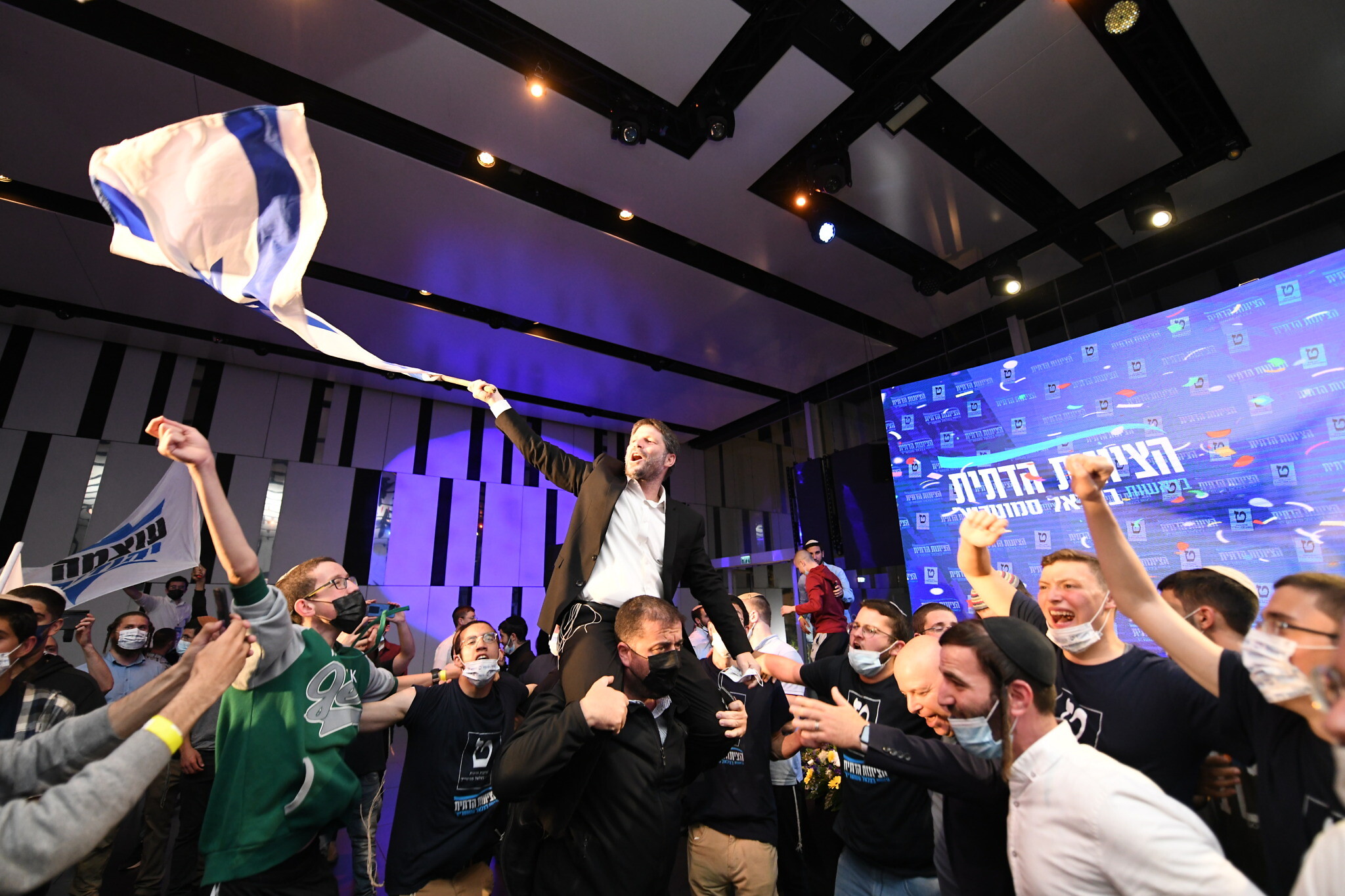 Netanyahu played a critical role in ensuring the election of Noam when he pressured Religious Zionism chairman Bezalel Smotrich to merge with the anti-LGBT faction along with the Kahanist Otzma Yehudit in order to ensure that they would cross the electoral threshold, thereby giving him a reliable coalition partner.

The premier even freed up a spot on Likud’s list for a Religious Zionism candidate as he sought to prevent any right-wing votes, no matter how radical, from being wasted.

“The darkness mistakenly called the ‘Noam Party’ was hidden during the entire election campaign only to reveal itself afterward,” said Meretz MK Tamar Zandberg. “The Bibi-government is not just a political game of musical chairs but a tangible danger to women and LGBT individuals.”

Maoz’s Noam party burst onto the political scene in 2019 with a series of provocative highway billboards and video ads with the slogan “Israel chooses to be normal.” The party claims that the LGBT community has “forced its agenda” on the rest of Israeli society, which believes in a “normal” (heteronormative) family structure.

It has also likened LGBT and Reform Jews to the Nazis: A 2019 campaign video compares Reform Jews, left-wing activists and gay rights advocates to Nazis and Palestinian suicide bombers, saying all of them “want to destroy us.”

In the most recent election campaign, Maoz campaigned on “strengthening the Jewish character of the State of Israel” by having stricter national observance of Shabbat, strengthening the Orthodox Rabbinate’s monopoly over religious life, injecting religious law into broader society and promoting “family values.”

The extremist party enjoys the express backing of Rabbi Tzvi Tau, the founder of the hardline Har Hamor Yeshiva in Jerusalem. The 81-year-old has been a leading voice in the national religious community against LGBT acceptance. In 2017, he wrote that homosexuality is the “ugliest deviation, which breaks down family life… and contradicts the first basis of human existence.”

The party merged with Otzma Yehudit ahead of the September 2019 election, but failed to cross the threshold. It then ran independently ahead of the March 2020 election before dropping out days before the race. Ahead of this election, thanks in no small part to immense pressure from Netanyahu, Noam merged with both Otzma Yehudit and Bezalel Smotrich’s National Union to run as the joint Religious Zionism alliance.