NEW YORK —  Last month in Brooklyn, federal prosecutors confiscated a trove of pre-Holocaust Jewish records about to be auctioned by Kestenbaum & Company, a “boutique auction house” specializing in Judaica.

Called pinkasim, the ledgers came from communities in Romania, Hungary, Ukraine, and Slovakia. Beginning in the 16th century, rabbis in that part of Europe started to keep these hand-written records of births, marriages, and deaths, with some of the books “illuminated” by artists.

The Brooklyn seizure is hardly an isolated incident: In February, Israeli genealogist Mattan Segev-Frank stumbled upon a so-called “binder” being sold on the auction house platform Bidspirit. The collection of Hungarian-Jewish pinkasim included letters and contracts signed by members of the Reich dynasty, to whom the activist is related. The family is also the subject of Segev-Frank’s master’s thesis at Tel Aviv University.

After coming across the signatures, Segev-Frank decided to use the auction to raise awareness of the issue in Israel and globally. Unfortunately for his cause, however, online auctions of pinkasim are usually conducted lawfully — including according to Jewish religious laws regarding abandoned property.

“That’s the loophole that international regulations should seal,” Segev-Frank told The Times of Israel. “People should be encouraged to pass such items laying in their homes to official institutions or get fined for hoarding them privately,” he said.

In the opinion of Segev-Frank, online auction sales of pinkasim should be banned. But through a lack of international regulations, he said, many Jewish communal books remain in private collections.

‘Notepad of the Maggid of Horodna, the Gaon Rabbi Aryeh Leib Bernstein,’ an item sold on Bidspirit (courtesy)

“There’s a need for international regulations that will acknowledge European Jewish community books and documents as cultural heritage items, a byproduct of the genocide suffered by the Jewish people during the Holocaust,” said Segev-Frank. “We must preserve the documents by digitization and make them accessible online to the general public.”

Not all experts agree, however, that new laws can “rescue” pinkasim from private collections.

“First of all, there is no clear way in which all of the auctions and dealers in Judaica are being monitored,” said Wesley Fisher, director of research for both the Conference on Jewish Material Claims against Germany and the World Jewish Restitution Organization (WJRO). 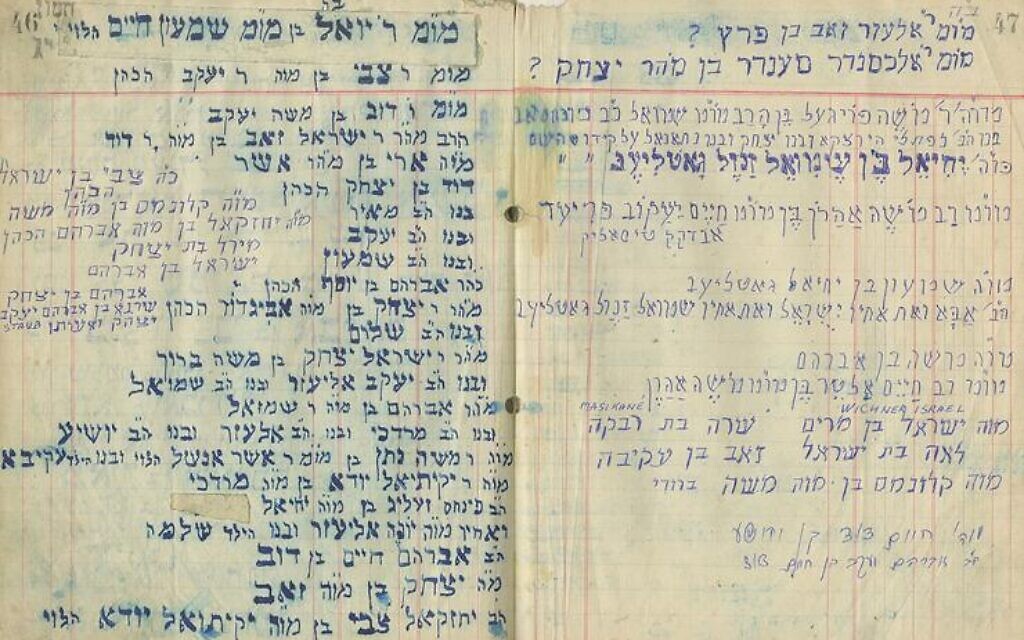 Chevra Kadisha Pinkas of the Ujhel community, from both pre-Holocaust years and the names of those who perished in the Holocaust added after the war. (Kedem)

“This is a much more complex issue than simply one of theft and restitution,” Fisher told The Times of Israel. “We don’t even know the extent of what’s missing,” he said.

‘The problem is when individual collectors get them’

During and after the Holocaust, thousands of pinkasim collections were stolen, lost, or abandoned. Unlike real estate and artwork stolen by Nazi Germany, however, pilfered pinkasim never got much legal or media attention.

“But the lost communal books are “an untold chapter of the restitution story,” said Gideon Taylor, who is chair of operations for the Claims Conference and WJRO. “They are the real treasures of Jewish memory because they capture everyday life and what these communities were really like,” he told The Times of Israel. 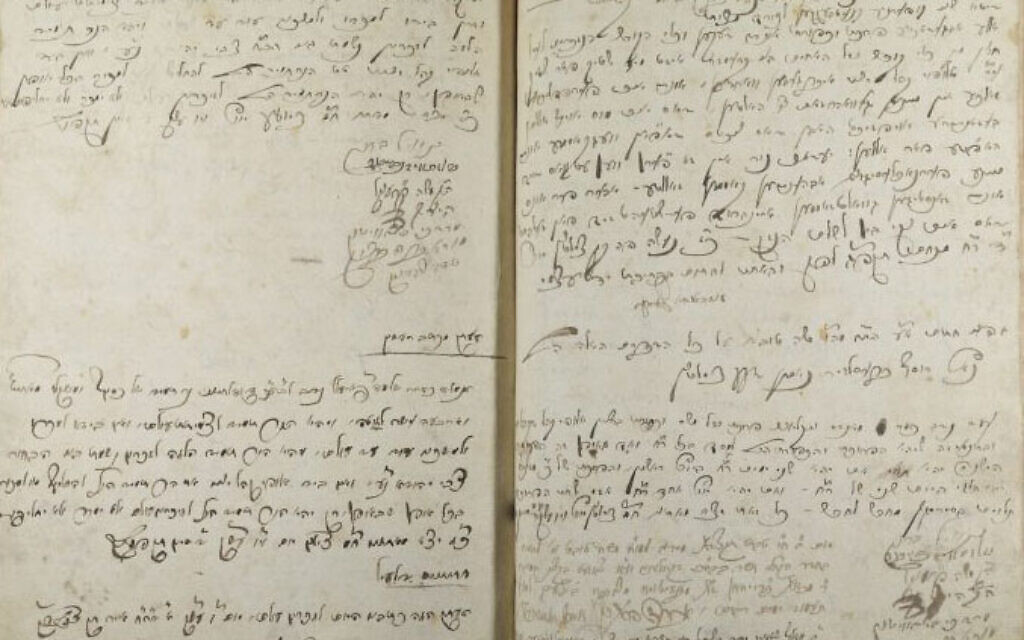 The Zeulz Pinkas, with notes about ‘crime and punishment’ in the town from prominent rabbis (National Library of Israel)

In Soviet-occupied areas, however, few Jewish communal books were restituted in this manner, said Fisher. Centuries-old ledgers that were never meant to be the property of an individual — but belonged to communities at large — fell into private collections. 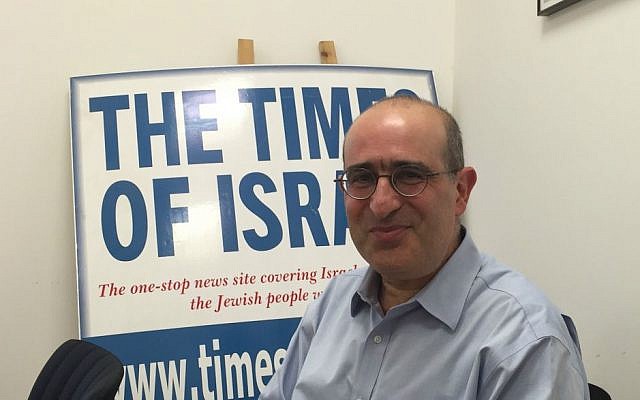 Gideon Taylor, the chair of operations for The World Jewish Restitution Organization (WJRO), at The Times of Israel’s Jerusalem office on June 7, 2016. (Amanda Borschel-Dan/Times of Israel)

“This is a private market with no regulation, and [the items sold often have] no provenance,” said Taylor. “But I’m not sure whether the issue is law or enforcement of law. There needs to be a lot more transparency because pinkasim shouldn’t be sitting in someone’s house,” he said.

The July confiscation of pinkasim in Brooklyn came after WJRO initially raised objections to the auction with Kestenbaum & Company in February, said Fisher. In part because US laws make it difficult for people to gain “good title” of stolen property, he said, federal authorities were able to investigate and confiscate the ledgers. 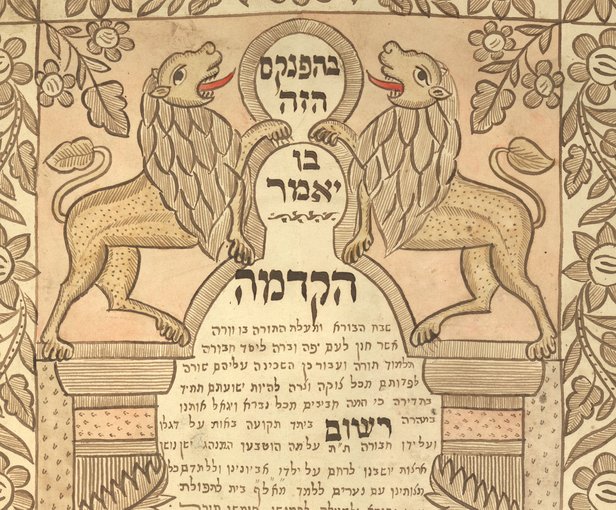 This pinkas (record book) of the Talmud Torah religious school from the town of Kopychintsy in eastern Galicia, Ukraine, reflects the activity of a religious school in the late 19th century (Library of Congress)

“The problem is when individual collectors get them,” said Fisher. “Although collectors see themselves sometimes as saving those manuscripts,” he said.

To address the issue, said Fisher, officials should increase awareness of existing declarations and protocols. For example, he said, 47 countries endorsed the Terezin Declaration on Holocaust-era Assets and Related Issues. In that 2009 agreement, governments agreed to “emphasize the importance of providing restitution for communal and individual immovable property,” according to WJRO.

And there are subtle signs of change: At the beginning of August, Israeli and New York-based auction house Genazym announced it “halted” the sale of “the sacred ledger of the burial society of  Tomashvar [Timisoara],” a Jewish community in Romania. Responding to suggestions made in a letter sent to Genazym by WJRO, the auction house said it would investigate the collection’s provenance.

Whose notebooks are they anyway?

Across Europe, there are reconstituted Jewish communities with their own claims to pinkasim collections, said Fisher, and those should come first.

“There are many Jewish communities in Europe that would like to have their pinkasim back,” said Fisher. “Ideally all pinkasim should be digitized and their contents made generally available, while the original manuscripts — if they are in individual private hands — should be returned to these communities.” 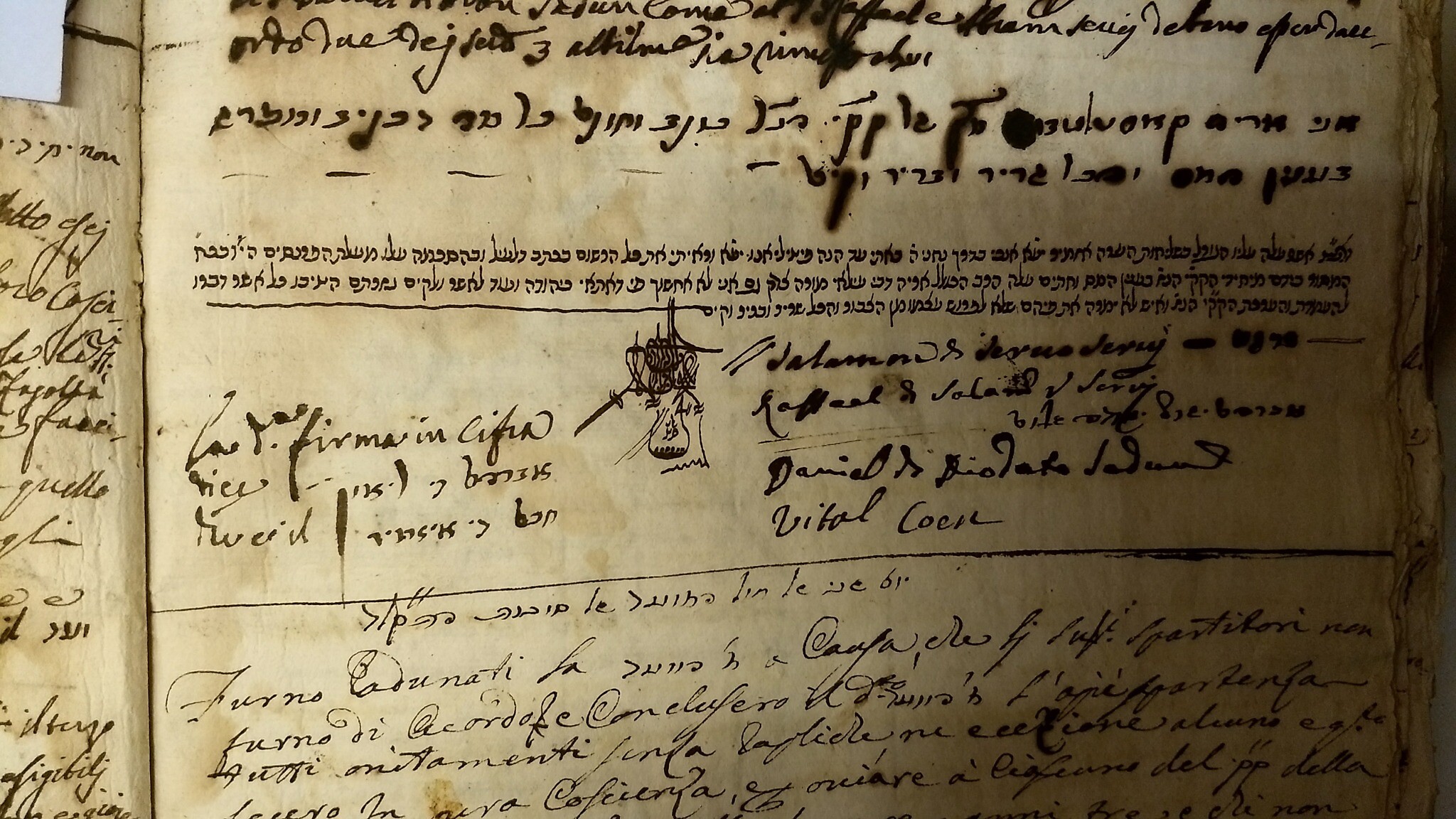 According to Dudu Amitai, chair of the Israeli Archivists Association, the Jewish state’s official archivist — Ruti Abramovitch — wrote a letter to several online auction houses earlier this year, including Bidspirit and Kedem.

“She asked them to refrain from selling [the communal books],” Amitai told The Times of Israel. “But to no avail.”

In early August, Kedem displayed a new slew of pinkasim “lots” for auction. Among the trove were birth and death registers from several Hungarian communities, as well as marriage and circumcision records. Most of the lots had opening bids in the range of $300 to $500.

‘People are saving that piece of history’

At the end of 2020, Mattan Segev-Frank answered a call from the Israeli Justice Ministry in its quest to assess the public’s opinion on amendments to the privacy protection law. 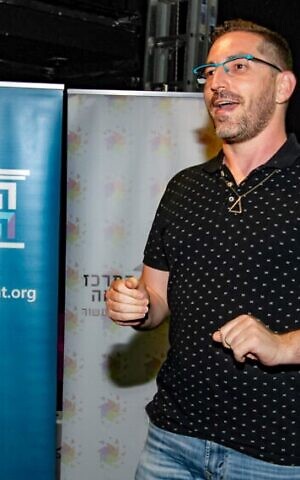 Inspired by a New York-based campaign called “Reclaim the Records,” Segev-Frank wrote to the ministry on behalf of “The Israeli Genealogy Hub,” a Facebook group he founded with 3,400 members. The letter urged the government to disclose genealogical records and censuses, as well as to create publicly accessible indexes.

“This way, if this information is made public, we could claim communal documents as cultural heritage items,” said Segev-Frank, who is also helping establish Israel’s first LGBTQ digital archive. “Why not help people find their family’s past in a country where so many survivors, traumatized by the Holocaust, took their family stories to their graves,” he said.

By most accounts, Israel’s privacy law was not set up to handle trade in pinkasim. If amendments are made to the privacy law, however, a balance must be struck between rights to privacy and other interests, said Naama Matarasso-Karpel, CEO of the advocacy group Privacy Israel. 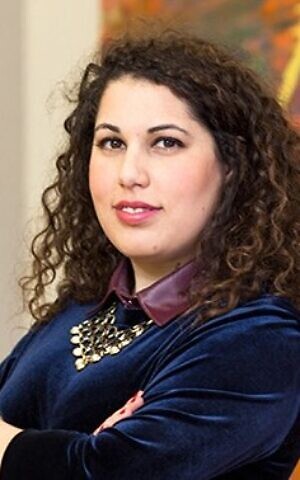 “I believe that the law should recognize that in some cases, there is a public interest in permitting the permanent preservation of personal data for the long-term benefit of society,” Matarasso-Karpel told The Times of Israel.

“But the law must carefully define the exemptions for processing personal data for archiving purposes,” said Matarasso-Karpel. “Unfortunately, Israel’s outdated privacy law does not provide adequate tools to handle this important issue,” she said.

According to a Bidspirit representative, there is another side to the company’s role in the ingathering of pinkasim. Since the online auction platform’s creation in 2012, Bidspirit has increased awareness of pinkasim by putting some of their content online, said Nitzan Dikshtein, the company’s head of marketing and development.

“The fact that those items are offered for sale means that they have value, and thanks to that, people are saving that piece of history and making a lot of efforts to find them, instead of throwing them in the garbage or other similar outcomes,” Dikshtein told The Times of Israel.

High-profile institutions that have purchased pinkasim through online auctions include the National Library of Israel and university libraries at Harvard and Yale. From Bidspirit’s point of view, the company is rescuing pinkasim for posterity by facilitating their transfer to organizations of that caliber. 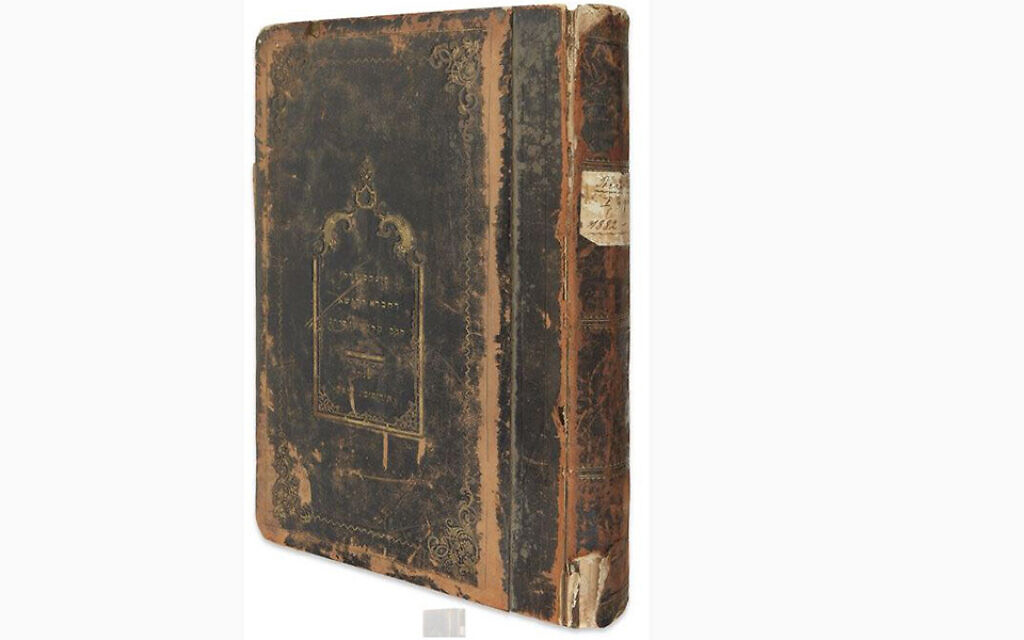 In February 2021, Kestenbaum & Company, a Brooklyn firm that has specialized in Judaica, pulled off its catalog what the Jewish Community of Cluj says is a 19th-century ledger from its Jewish burial society. (Kestenbaum & Company via JTA)

“Please consider that many collectors who purchase those lots are donating or lending them to the museums while they are still alive or once they passed away,” said Dikshtein. “Thanks to Bidspirit, thousands of Jewish and Israeli important/historical papers/documents have been discovered and made visible online.”

Apart from pinkasim, similar regulatory challenges — and transparency issues — surround other forms of Judaica lost during the Holocaust, said Taylor.

“There is a growing trend of treasures that were owned by Jewish communities devastated by the Holocaust ending up in private hands,” he said. “We will be looking to work with Jewish communities, collectors, institutions and dealers to bring transparency to our history in the months and years ahead.”