Army chief Aviv Kohavi on Wednesday said the military had to be “modest” in assessing the effectiveness of last month’s round of fighting with terror groups in the Gaza Strip, noting that tactical victories do not necessarily result in long-term calm.

“The Six Day War [of 1967] was a clear, decisive victory, and a short time later the War of Attrition broke out,” he said, referring to a three-year conflict between Israel and Egypt and Palestinian groups in Jordan.

In a speech, Kohavi again touted the military’s victories over the Hamas and Palestinian Islamic Jihad terror groups in the Gaza Strip in the 11-day battle, dubbed Operation Guardian of the Walls, which began on May 10 when Hamas fired a barrage of rockets at Jerusalem in response to clashes between Israeli security forces and Palestinians in East Jerusalem and on the Temple Mount.

The Israel Defense Forces chief stressed that the purpose of the campaign was not to topple the Gaza-ruling Hamas, but to achieve a degree of deterrence against the group and the Islamic Jihad, the two most powerful terrorist organizations in the Strip, and to seriously hamper their abilities to wage war in the future.

“Guardian of the Walls wasn’t meant to provide a decisive victory in Gaza, but to use military force in order to deny Hamas and PIJ many of their capabilities and to create deterrence, which I’ll leave to the passage of time to determine how much we succeeded. But in terms of their capabilities, Hamas and the PIJ sustained a critical blow, no less,” Kohavi said, speaking at a conference commemorating former IDF chief of Staff Amnon Lipkin-Shahak at the military’s college north of Tel Aviv.

“We denied them massive capabilities in the areas of rocket and missile production and other weapons; we neutralized the subterranean domain, something they’d put stock in for 15 years, which they’ll have to think about how to proceed with going forward; we almost totally destroyed the air and naval capabilities that they had — and they did have them; we killed their members, including senior operatives; and no less importantly, we thwarted most of the attacks that they tried to carry out,” Kohavi said. 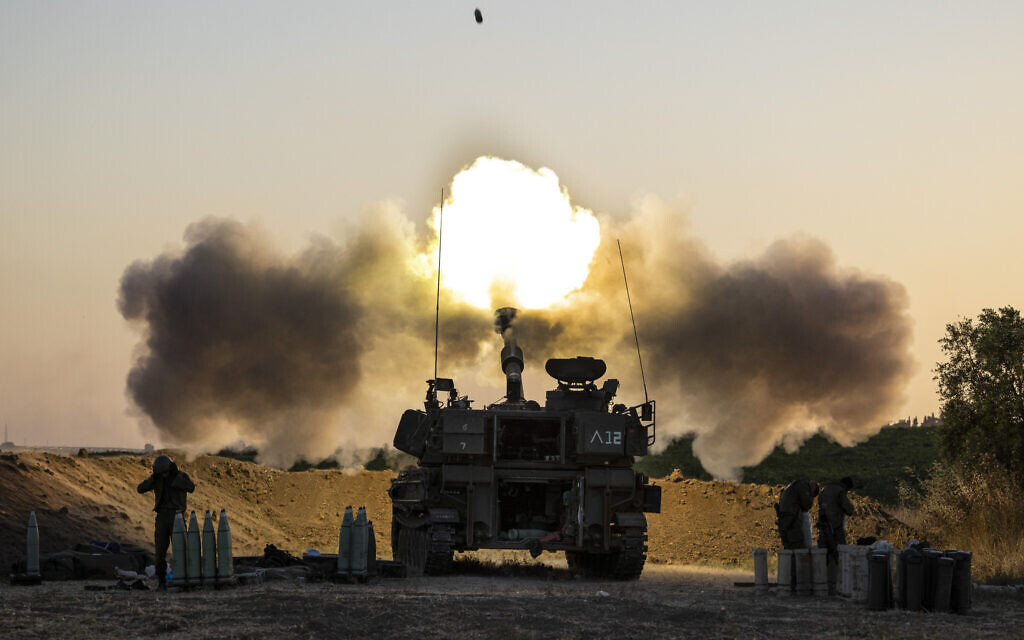 In this May 19, 2021, photo, an Israeli artillery unit fires shells toward targets in Gaza. (AP Photo/Tsafrir Abayov)

But Kohavi added that those tactical achievements did not necessarily mean that Hamas would not again launch attacks against Israel shortly.

“We need to be modest about what deterrent effect this caused,” he chief said.

Kohavi said Israel needed to now develop clear policies regarding the Gaza Strip and Hamas in order to achieve a “strategic victory” over the terror group.

The army chief acknowledged that the military failed to prevent Hamas and Islamic Jihad from launching rockets and mortar shells at the Israeli home front during the war, though he noted that most of the incoming projectiles that were poised to cause damage were intercepted by the Iron Dome missile defense system, which the IDF said had a roughly 90 percent successful interception rate. 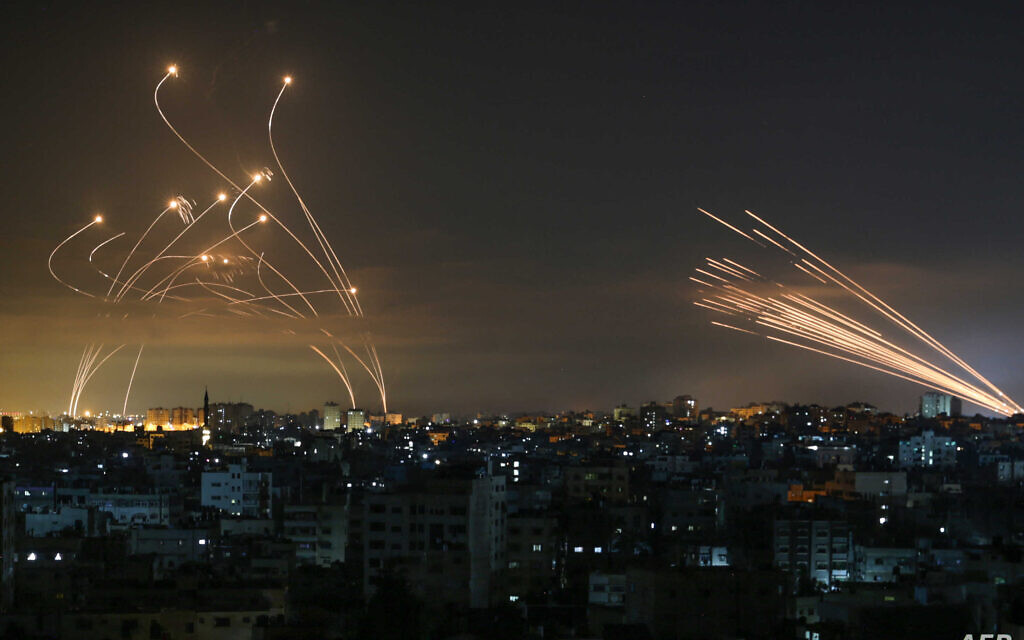 “We thwarted the overwhelming majority of the rockets that were fired at Israel, though I’m aware of the impact and the effect that the launches themselves had on the home front. But in the end, in terms of the results, Hamas largely failed at what it planned,” Kohavi said.

During the fighting, over 4,300 projectiles were fired from Gaza, several hundred of which failed to clear the border and landed inside the Strip, causing a number of Palestinian deaths. Thirteen people in Israel were killed in the fighting, including a soldier whose jeep was hit by an anti-tank guided missile fired by a PIJ team.

The city of Ashkelon, with a population of over 130,000, was particularly hard-hit in the fighting, with terrorists firing large barrages, sometimes more than 100 rockets at a time, at it during every day of the conflict.

The Hamas-run health ministry in Gaza, which does not differentiate between terror group members and civilians, said at least 254 Palestinians were killed in the conflict, including 66 minors, with 1,910 people wounded. The Israeli military maintained that it killed roughly 225 terror operatives and that the Palestinian death toll was in fact considerably higher than was reported.