His final round routine Sunday impressed judges, scoring him 14.933, ahead of Spain’s Rayderley Miguel Zapata, who took silver and China’s Xiao Ruoteng, who won the bronze medal.

Dolgopyat had ranked first in the qualifying event after scoring 15.2.

The gold medal is only the second in Israeli history, following windsurfer Gal Friedman’s 2004 win in Athens.

Also taking part in a final Sunday will be Hanna Knyazyeva-Minenko, who will compete in the women’s triple jump medal fight at 2:15 p.m. (Israel time).

Israel’s Hanna Knyazyeva-Minenko competes in the final of the women’s triple jump athletics event at the 2017 IAAF World Championships at the London Stadium in London on August 7, 2017. (AFP PHOTO / Andrej ISAKOVIC)

Earlier Sunday, Noya Bar Am and Shahar Tibi competed in windsurfing in the women’s 470 races 7 and 8, finishing in eighth place.

Israel’s Yoav Cohen finished in first place in the Men’s RS:X Windsurfing final race on Saturday, but it was not enough to put him on the podium, with the Israeli coming in fourth overall. 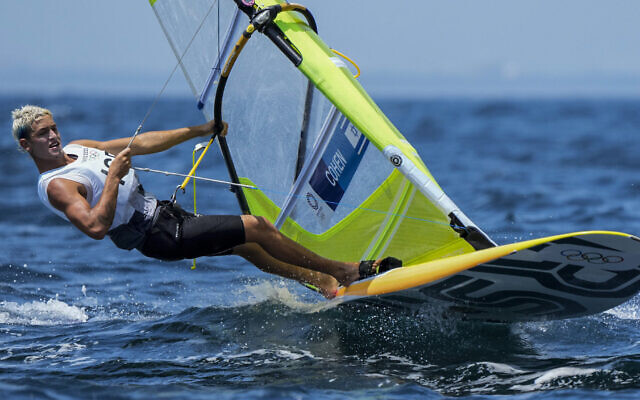 Israel’s Yoav Cohen competes during the rs:x men’s race at the Enoshima harbour during the 2020 Summer Olympics, on July 28, 2021, in Fujisawa, Japan. (AP Photo/Bernat Armangue)

Saturday saw Israel clinch its second medal of the games, winning the judo mixed team bronze. The team scored a victory over their Russian opponents in the consolation round of an event being held for the first time this year.

Also Saturday, Israeli archer Itay Shanny’s surprise Olympic run ended when he lost in the last eight in the men’s individual competition after a dramatic shoot-off was needed to separate him from eventual victor Tang Chih-chun. He had placed 60th out of 64 competitors in the initial ranking round. 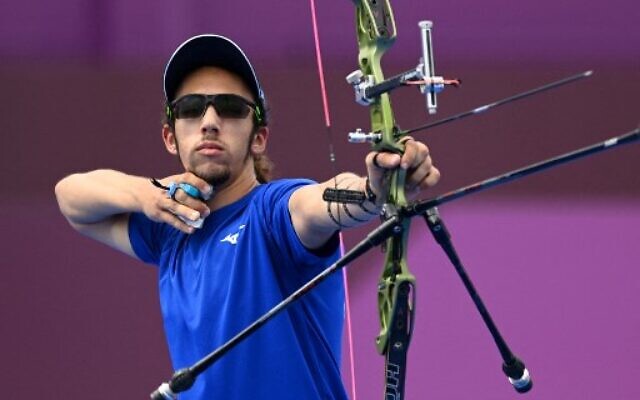 Avishag Semberg’s taekwondo bronze in the women’s -49kg category last week was Israel’s first medal at the games until the mixed team’s win.