WEST PALM BEACH, Fla. (AP) — US President Donald Trump said he voted Saturday “for a guy named Trump” and called it an “honor” to cast his own ballot in his adopted home state of Florida before he jetted off to campaign in three battleground states, where large crowds awaited even as coronavirus cases are surging to records in the country.

Democrat Joe Biden, pressing the case that Trump doesn’t deserve a second term because of his handling of the pandemic, told a drive-in rally outside Philadelphia that he didn’t “like the idea of all this distance but it’s necessary” for public health reasons.

”We don’t want to become superspreaders,” he said, using a term that has been used to described a Rose Garden event in late September where Trump announced his Supreme Court nominee. More than two dozen people linked to the White House have contracted COVID-19 since that gathering.

Biden, with some help from rock legend Jon Bon Jovi, was courting voters in hotly contested pockets of Pennsylvania that could prove key to deciding the outcome of the race in the state.

Trump, who spent the night at his Mar-a-Lago resort after campaigning Friday in Florida, stopped at an early voting polling site set up at a public library. The president last year switched his official residence from New York to his private Florida club, complaining that New York politicians had treated him badly.

Greeted at the polling site by a crowd of cheering supporters, Trump could have mailed in his ballot, but opted to vote in person. He wore a mask inside, following local rules in place to mitigate the spread of the coronavirus.

Biden hasn’t voted and is likely do so in person on Election Day, November 3, as Delaware doesn’t offer early voting. Trump, who has made unsubstantiated claims of massive fraud about mail-in voting, gave another plug to in-person voting.

Rallies were planned for Lumberton, North Carolina, Circleville, Ohio, and Waukesha, Wisconsin, and the president promises to go full throttle over the final 10 days of the campaign even as the number of new daily coronavirus cases continues to climb.

The United States has hit a daily record of coronavirus cases with more than 83,000 reported infections, thousands more than the previous US peak in July. The US death toll has grown to nearly 224,000, according to the tally published by Johns Hopkins University. The total US caseload reported Friday was 83,757, topping the 77,362 cases reported on July 16. 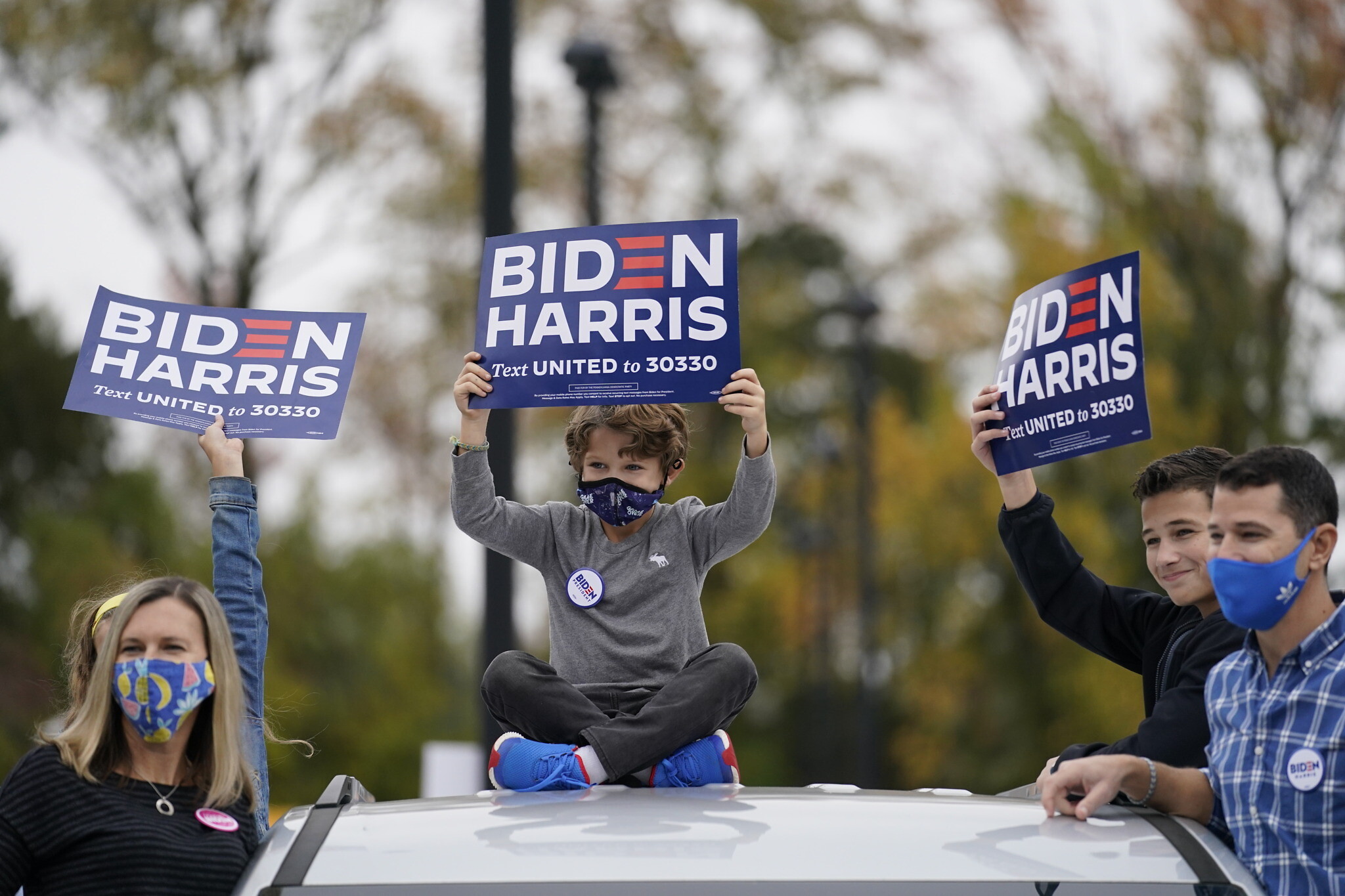 The numbers are an ominous sign the disease still has a firm grip on the nation that has more confirmed virus-related deaths and infections than any other in the world. Many states are reporting a surge of cases and say hospitals are running out of space in areas where the pandemic seemed remote only months ago.

Biden’s first stop was in Bucks County, part of suburban Philadelphia that Hillary Clinton won by a slim margin in the 2016 White House race. He was scheduled to host another rally later Saturday in Luzerne County, a blue-collar area that twice voted for Barack Obama but went overwhelmingly for Trump four years ago. Biden’s campaign said the former vice president will be joined by Bon Jovi, a native of neighboring New Jersey, who will sing at the Luzerne event.

In the November 3 election, more than 54 million votes have already been cast, with an additional 100 million or so expected before a winner is declared.

The pandemic has pushed Trump onto the defensive for much of the fall, but for the moment it is Biden’s team that has been forced to explain itself. In the final minutes of Thursday night’s debate, the former vice president said he supports a “transition” away from oil in the US in favor of renewable energy. The campaign released a statement hours later declaring that he would phase out taxpayer subsidies for fossil fuel companies, not the industry altogether.

But Trump, campaigning in Florida, repeatedly seized on the issue.

“That could be one of the biggest mistakes made in presidential debate history,” he said at a Friday rally at The Villages, a sprawling retirement community in central Florida. Later, in Pensacola, Trump recounted the moment with glee. 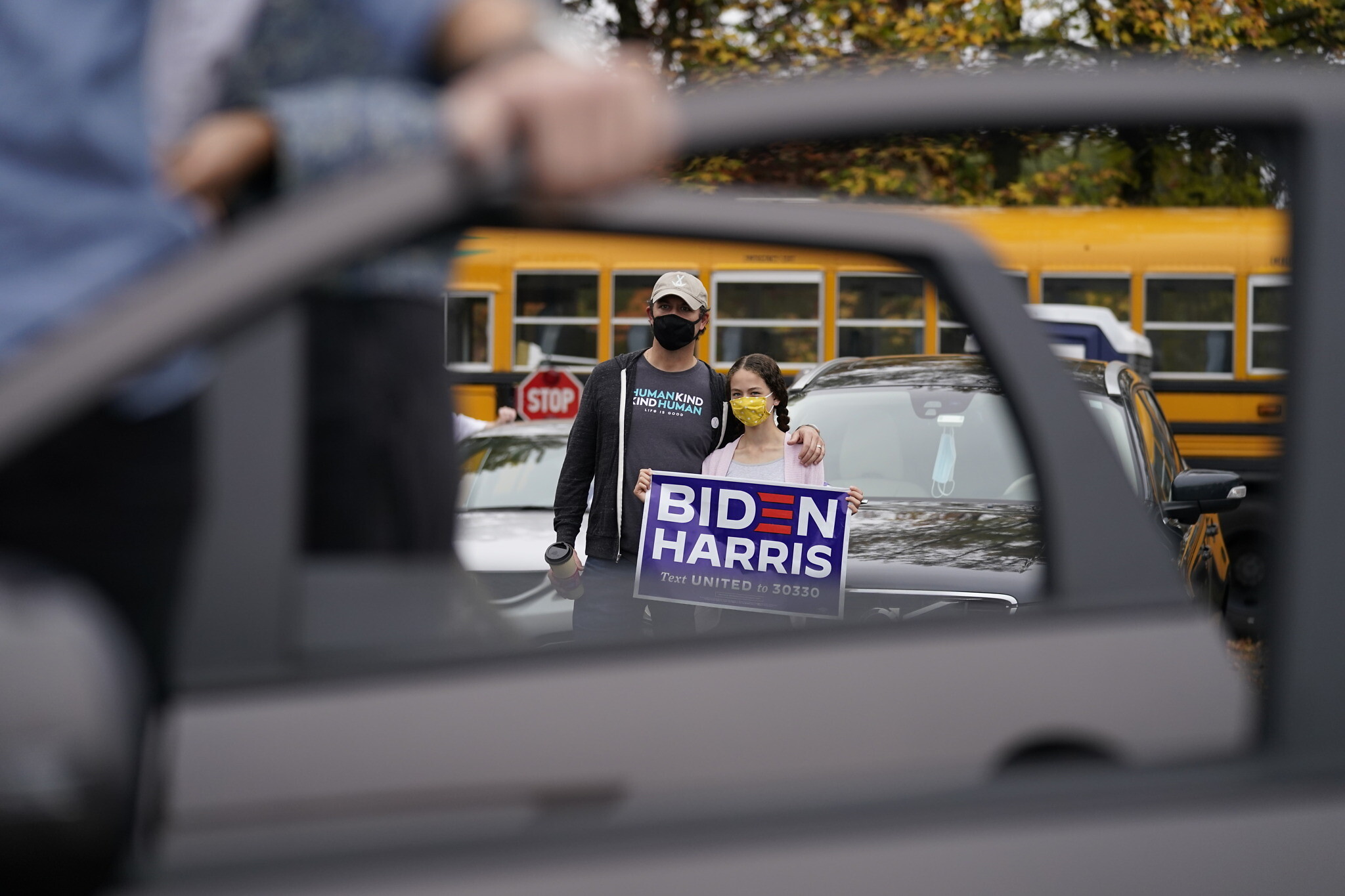 “Let me be clear, I’m not banning fracking in PA or anywhere else,” Biden said.

As for Biden and oil, while ending the nation’s reliance on fossil fuel is popular among many liberals, the idea could hurt him among working-class voters in swing states such as Pennsylvania, Ohio and Texas who depend on the industry, and fracking in particular, to make a living.

As part of his plan to fight climate change, Biden has said he would ban new gas and oil permits — including fracking — on federal lands only. The vast majority of oil and gas does not come from federal lands.