Official results announced late Thursday gave Assad more than 95 percent of the vote in Wednesday’s election held in government-held areas, extending his grip on power for a fourth term.

Tehran described it as a “big step” towards restoring peace after a decade of civil war.

“The Islamic Republic of Iran congratulates President Assad and the resilient Syrian people on their decisive victory in this election,” the foreign ministry said in a statement.

“The successful organization of the election and the massive turnout by the Syrian people mark a big step in establishing peace.”

“We view the elections as a sovereign affair of the Syrian Arab Republic and an important step towards strengthening its internal stability,” the foreign ministry added.

Syrians celebrate in the streets of Aleppo as President Bashar Assad was re-elected for a fourth term as president of war-ravaged Syria, late on May 27, 2021 (AFP)

The controversial vote extending Assad’s stranglehold on power was the second since the start of a decade-long civil conflict that has killed more than 388,000 people, displaced millions and battered the country’s infrastructure.

On the eve of the election, the United States, Britain, France, Germany and Italy said the poll was “neither free nor fair,” and Syria’s fragmented opposition has called it a “farce.”

Russia has been a key ally to the Syrian regime in the conflict, and its intervention in the war in September 2015 was seen as having turned the tide of the fighting in Assad’s favor. 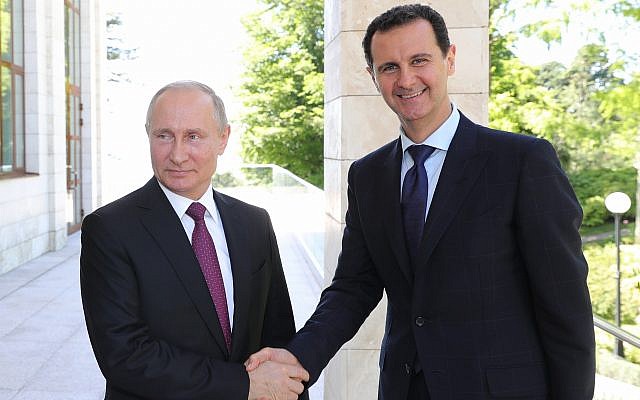 The foreign ministry described Western statements calling into question the validity of the elections as “another attempt to interfere in the internal affairs of Syria with the aim of destabilizing it.”

“No one has the right to dictate to the Syrians when and under what conditions they should elect their head of state,” it said.