Despite a special appointments committee approving the government’s picks for permanent police and prison service chiefs, the forces will continue to be led by interim leaders as disarray within the coalition kept thwarting the appointments even after they had been agreed upon.

The coalition — which dissolved earlier this week — had been set Friday to give final approval to Border Police commander Yaakov (Kobi) Shabtai’s appointment as Israel’s first full-time police commissioner in over two years, and Katy Perry’s appointment as the head of the Israel Prisons Service.

But Prime Minister Benjamin Netanyahu’s Likud party and Defense Minister Benny Gantz’s Blue and White failed to reach an agreement on the matter, with each side blaming the other.

The government turmoil has also caused the cancellation of the weekly cabinet meeting, planned for Sunday, as has happened numerous times recently.

Motti Cohen’s term as acting police commissioner ended Thursday night, after serving for more than two years in an interim capacity as Israel’s top cop due to an unprecedented political crisis. He has alleged political considerations in the fact that he hasn’t been replaced for so long.

Cohen was meant to be succeeded by deputy police commissioner Alon Assur, who would serve as acting chief until Shabtai’s nomination as full-time commissioner was approved by the government. Police said Thursday that Shabtai would begin shadowing Assur in the coming days before taking over.

On Wednesday, a committee for vetting senior appointments approved Shabtai’s nomination as the next police commissioner, clearing it for cabinet approval within 48 hours.

However, Public Security Minister Amir Ohana on Friday asked ministers to approve both nominations on an interim basis, citing disagreements with the Blue and White party and sparking renewed fears that Israel will continue for a long time without a full-time police chief.

Ohana said reaching an agreement on a permanent appointment was “not possible in the current government,” accusing Blue and White leader Benny Gantz of rejecting all of Likud’s efforts to approve the nomination by the Friday afternoon deadline.

Blue and White responded by accusing Likud of “keeping the country stuck” by refusing to also approve 60 other overdue full-time appointments, including 35 ambassadors and a state attorney.

The Israel Police has been without a permanent commissioner since December 2018, when Roni Alsheich’s term ended. Around the same time, new elections were called, leading to an extended period of instability that saw three elections over the course of a year. As the government during this time was a caretaker-transitional one, it could not appoint a police chief.

Israel has had a permanent coalition since May. 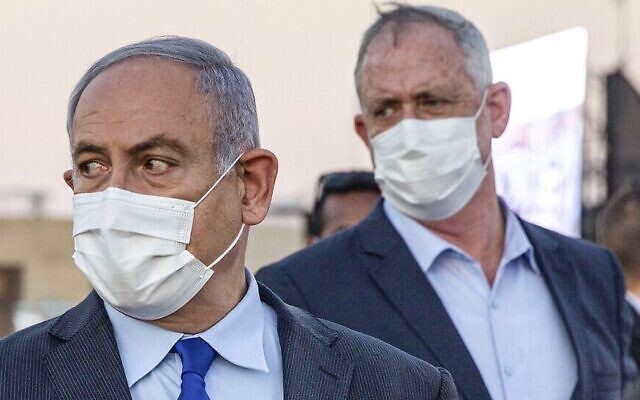 After Ohana announced Shabtai as his pick for commissioner last month, Cohen announced his resignation, saying political calculations had led to the delay in the appointment of a permanent police chief. He also claimed that unnamed forces were intervening in the police’s work.

“It seems that the decision not to appoint a permanent commissioner for such a long time was not without ulterior considerations,” Cohen wrote in a letter to officers, in an apparent swipe at the government led by Netanyahu.

Alsheich was a key figure in Netanyahu’s criminal probes and is one of the figures the premier and his Likud colleagues have claimed without evidence were involved in an attempted coup against Netanyahu. Cohen has been acting police chief since Alsheich’s departure and has had his tenure extended several times.