Bangladesh is removing a clause excluding Israel from its citizens’ passports, Bangladeshi media reported Saturday, possibly opening up travel from the third-largest Muslim population country in the world to the Jewish state.

According to the Weekly Blitz website, recently issued e-passports state “This passport is valid for all countries for the world” and no longer have the additional two words “Except Israel,” as was the case in the past.

Home Minister Asaduzzaman Khan confirmed that the passports no longer include the Israel travel restriction.

“No country in the world uses this [“except Israel” phrasing]. Even the countries of the Arab region,” Khan said according to the report.

Maj. Gen. Ayub Chowdhury, director-general of the Department of Immigration and Passports, said only that the move came following “a government decision.”

An unnamed spokesperson for the Home Ministry, asked about the possibility of Bangladeshis traveling to Israel, said: “If you want to go to another country, you need a visa.”

However, a Foreign Ministry spokesperson clarified that Bangladesh still does not recognize Israel and noted that passports are the purview of the country’s Home Ministry. 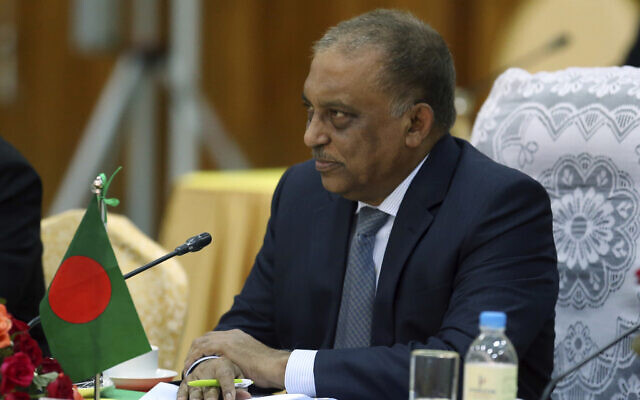 Gilad Cohen, deputy director general for Asia and the Pacific at Israel’s Foreign Ministry, welcomed the development and called on the Bangladeshi government to normalize ties with Israel.

“Great news! Bangladesh has removed travel ban to Israel,” he tweeted. “This is a welcome step and I call on the Bangladeshi government to move forward and establish diplomatic ties with Israel so both our peoples could benefit and prosper.”

Bangladesh does not have diplomatic relations with Israel.

In 2014, the editor of the Weekly Blitz, Salah Uddin Shoaib Choudhury, was sentenced by a Bangladeshi court to seven years in prison for his dissenting articles and for trying to visit Israel over a decade earlier.

Choudhury was convicted of damaging national interests with his writing and for his planned trip to Israel, the AFP news agency reported at the time. The prosecution claimed that Choudhury was scheduled to speak at a Tel Aviv conference in November 2003 on the emergence of Islamic militancy in Bangladesh. He was arrested at Dhaka airport before he could board a Dhaka-Bangkok-Tel Aviv flight.