The office of Prime Minister Naftali Bennett on Monday walked back comments that appeared to mark a stark shift from Israel’s policy of maintaining the status quo at Jerusalem’s flashpoint Temple Mount, instead asserting that the premier had meant both Jews and Muslims have “freedom of visitation rights” at the holy site.

The Prime Minister’s Office told Army Radio that Bennett misspoke on Sunday when he said both Jews and Muslims have “freedom of worship” on the Temple Mount, a potentially explosive change after decades in which Jews have been permitted to visit, but not pray, there.

The PMO clarified to the outlet that the status quo would remain in place at the compound.

The Temple Mount is the holiest place in Judaism, as the site of the two ancient Jewish Temples. It is also the site of the third-holiest shrine in Islam, the Al-Aqsa Mosque, and has long been a flashpoint between Israelis and Palestinians.

While Jews can visit the site in Jerusalem’s Old City, the long-maintained status quo there has been that any non-Muslims are forbidden from praying there. Hints or rumors of changes to that status have been stridently opposed by the Muslim world, and have sparked deadly protests and angry denunciations from Arab governments.

But during Tisha B’Av on Sunday, a day that marks the destruction of the First and Second Jewish Temples that once stood on the Mount, and amid clashes at the site, Bennett issued a statement that appeared to be at odds with that policy.

Bennett “thanked the public security minister and the Israel Police [chief] for managing the events on the Temple Mount with responsibility and consideration, while maintaining freedom of worship for Jews on the Mount,” according to the Prime Minister’s Office.

Bennett also “emphasized that freedom of worship on the Temple Mount will be fully preserved for Muslims as well, who will soon be marking the fast of the Day of Arafah and the Eid al-Adha.”

The statement, issued in English and Hebrew, came a day after Channel 12 news reported that groups of observant Jews have been ascending to the Temple Mount in recent months and quietly praying without interruption by police. The TV report called the development “a revolution, unfolding gradually, under the radar.” 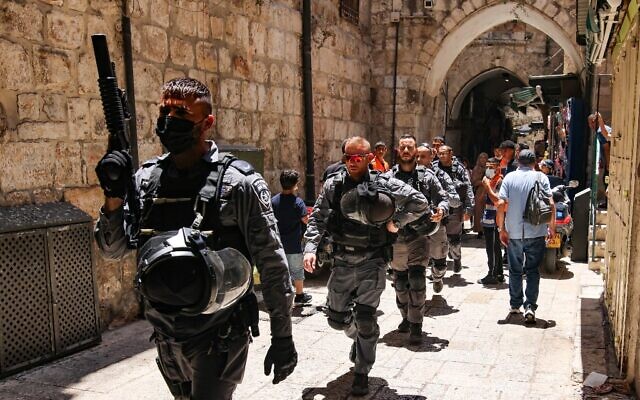 Members of the Israeli security forces walk toward one of the entrances of the Temple Mount during the Tisha B’Av (Ninth of Av) fast day on July 18, 2021. (AHMAD GHARABLI / AFP)

A spokesman for Public Security Minister Omer Barlev told The Times of Israel on Sunday that there is “no change in policy” atop the Temple Mount.

Barlev later confirmed this to Channel 13 and stressed: “If Jews were praying on Temple Mount, that is certainly against the law.” He added: “I think the wording was off” in the prime minister’s statement, and that the Prime Minister’s Office had meant to highlight the freedom of access for Jews to the Mount despite “all the complexities” at the site on Sunday. “There was freedom of movement” for Jews visiting the Temple Mount on Tisha B’Av, he said. 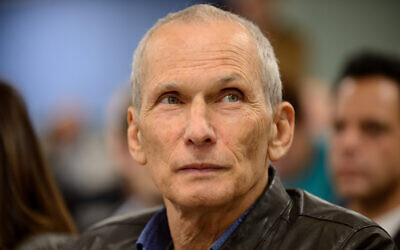 Allowing Jewish prayers to take place atop the Temple Mount would mark a major change to the status quo that has existed at the holy site since the Jewish state captured the Old City of Jerusalem from Jordan during 1967’s Six Day War.

More than 1,600 Jews reportedly ascended to the Temple Mount during Tisha B’Av on Sunday. Earlier in the day, dozens of Muslim worshipers barricaded themselves on the Mount and clashed with police ahead of the arrival of the Jewish visitors. Some of them briefly chanted: “With spirit, with blood, we’ll redeem Al-Aqsa.” 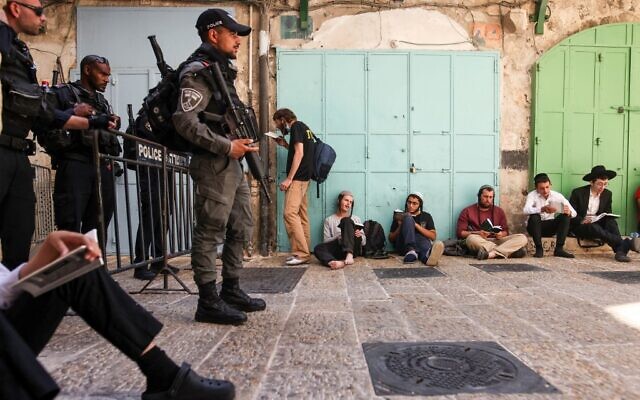 Jordan, Turkey and Egypt all reacted angrily on Sunday to news of clashes at the site and waves of Jewish visitors.

“The Israeli actions against the mosque are rejected and condemned, and represent a violation of the historical and legal status quo, international law, and Israel’s obligations as an occupying power in East Jerusalem,” a Jordanian foreign ministry spokesman was quoted as saying by the official Petra news agency.

Since 1967, when Israel captured the site and the Old City, it has allowed the Jordanian Waqf to maintain religious authority atop the mount.

The Islamist Ra’am party, a member of Bennett’s governing coalition, also condemned the ascent of hundreds of Jewish “settlers” to the Temple Mount.

“The Al-Aqsa Mosque, in its 144 dunams, is solely the property of Muslims, and no one else has any right to it,” the party said, warning that “the events that may result from it could inflame the situation in Jerusalem and the entire region, leading to a catastrophic religious war.”

Amy Spiro and Aaron Boxerman contributed to this report.