Despite the bad blood between them, Yamina chairman Naftali Bennett reportedly plans to use his speech at Sunday’s planned swearing-in of the new government to heap praise on outgoing premier Benjamin Netanyahu and thank him for his service to the country.

While Netanyahu has spent the past several weeks disparaging Bennett for forming a “dangerous” government that will replace him as premier for the first time in over a decade, the Yamina chairman will not criticize the Likud leader and will adopt a more conciliatory approach instead, Channel 12 reported on Friday.

Bennett will also seek to reassure the public that the new government will work for all sectors, including those that have not supported his decision to build a coalition with Yesh Atid chairman Yair Lapid and more left-leaning parties as well as Islamist Ra’am, the network said.

Meanwhile Lapid, who will serve as foreign minister for the initial period of the next government, plans to travel to the US as soon as this month in order to iron out relations with the Biden administration, Channel 12 said. The White House has learned to work with Netanyahu and avoid public quarrels over the past several months, but will likely not be shedding a tear over the Likud leader’s replacement, given how radioactive he has become in the Democratic Party.

However, the new government is expected to be equally opposed to the Biden administration’s plan to re-enter the Iran nuclear deal, though parties that have spoken about keeping disagreements with the US behind closed doors will represent an overwhelming majority at the cabinet table.

The new government is slated to be sworn in at a vote on Sunday that will require just about all 62 MKs from the coalition’s eight parties — Yamina, New Hope, Yisrael Beytenu, Blue and White, Yesh Atid, Labor, Meretz and Ra’am.

Yamina MK Amichai Chikli has already declared that he will vote against the Bennett-Lapid government, meaning if any other MK decides to do the same, the unity coalition will require an opposition member, potentially from the majority-Arab Joint List, to back or abstain on the matter.

However, Yamina has announced that all six of its remaining lawmakers will back the new government, all but putting to bed the possibility that it will not ultimately be formed.

The government’s 28 ministers will have authority to enter their offices and immediately begin working once they are sworn in.

However, one person expected not to immediately move out of his digs is Netanyahu, who Channel 12 reported will be allowed to remain in the official Prime Minister’s Residence on Jerusalem’s Balfour Street for several additional weeks until his and his family’s belongings are be packed and removed.

After Ehud Barak replaced Netanyahu as prime minister in 1999, the latter remained in the Balfour residence for over a month with his family before packing up completely.

Netanyahu may not need to rush though as Bennett has said that with four children in four different schools, he does not plan to leave his Ra’anana residence in order to move into Balfour. However, Channel 12 analysts speculated that the Yamina head would be forced to move eventually, given the significant symbolism that the Balfour residence carries. 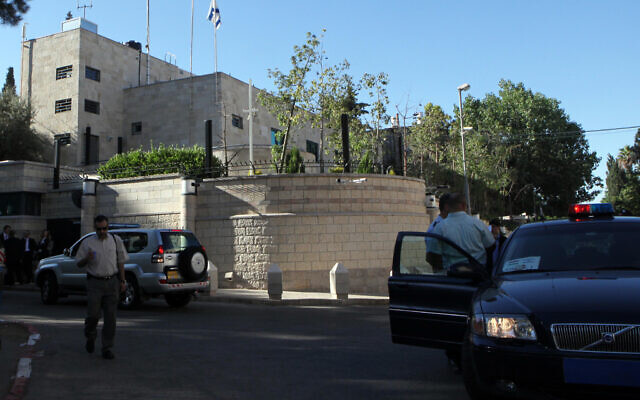 View of the Prime Minister’s Residence in Jerusalem on June 23, 2009. (Yossi Zamir/Flash90)

In the meantime, Netanyahu’s office has yet to reach out to the Yamina chairman and his staff in order to coordinate the transition of power, Channel 12 said. It was not clarified if Yamina have reached out in the other direction.

Meanwhile, Netanyahu’s office has refused to state whether the prime minister will be attending the traditional handover ceremony of the premiership on Monday.

Moreover, Channel 12 reported that Netanyahu’s family — his wife, Sara and sons Yair and Avner — will continue to have their own personal security guards for at least a year at the taxpayer’s expense. 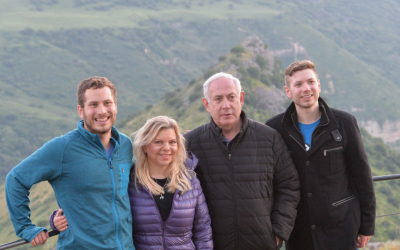 However, Yair Netanyahu appeared to have absorbed that his father would not be able to thwart the impending government and in an emotional Friday post thanked the premier.

“Dad, I adore and love you so much! You are one of the greatest leaders the Jewish people have ever had! Thank you for all you have done for our country in the past few decades!”

He lauded his father for various achievements in war and peace as premier, “despite the witch hunt, the incitement and humiliation against you and our family by the Israeli media and the deep state.”

In an English tweet thread retweeted by the premier, the Likud party for the first time said Thursday that Netanyahu is committed to a “peaceful transition of power,” despite calling Bennett’s government a “fraud,” with the potential incoming government in league with the so-called “deep state.”