The meeting, the first between the two party leaders since the vote, follows Bennett’s sit-down on Friday with Prime Minister Benjamin Netanyahu.

Bennett has refrained from backing either Netanyahu or the premier’s rivals after the inconclusive election, Israel’s fourth in two years, positioning him as a potential kingmaker after his right-wing Yamina party picked up seven seats in the elections.

The parties elected to the Knesset will meet with President Reuven Rivlin on Monday to give their recommendations for prime minister. Rivlin is expected to announce on Wednesday which candidate will be given the mandate to attempt to form a government.

With the election results continuing the political deadlock of past elections over the last two years, it seems that neither the bloc that supports Netanyahu nor the bloc that opposes him will be able to form a majority government in the 120-seat Knesset.

Both blocs appear to need the support of Yamina and the Islamist Ra’am party to secure a majority. Ra’am, the smallest party in the incoming Knesset with four seats, said Saturday it had not decided on who to back for premier after a Saturday party meeting.

No candidate is likely to receive a majority of 61 recommendations from lawmakers, with Netanyahu expected to get 52, or 59 if Bennett backs him, while Lapid will at most get 57, but will likely receive fewer, according to Channel 12.

The network said Rivlin will likely ask party leaders whom they will refuse to sit with in a coalition. Sixty-seven lawmakers will not refuse to partner with Bennett, 66 for Lapid and 63 for Netanyahu, Channel 12 said, although it is unclear what Rivlin will decide to do with the refusals.

Israeli President Reuven Rivlin speaks during a ceremony for receiving the official results of the election, at the President’s Residence in Jerusalem on March 31, 2021. (Yonatan Sindel/Flash90)

Bennett met with Netanyahu Friday to hold negotiations on possibly forming a coalition government, in their first sit-down since last week’s elections.

Channel 13 said Netanyahu told Bennett that if Yamina backs him as premier, he will receive 59 recommendations, which will be enough to secure Rivlin’s appointment, since he believes that Gideon Sa’ar of the New Hope party will abstain, and possibly Ra’am also.

Following the election, Bennett has been demanding that he become prime minister in a power-sharing deal with either Lapid or Netanyahu, despite his party only having seven Knesset seats. Netanyahu’s Likud won the most seats in the elections, 30, while Yesh Atid is the second-largest party with 17.

Bennett is leaning toward backing Netanyahu’s efforts to form the next government, but has not made a final decision on who to support as premier, sources in his right-wing party told the Kan public broadcaster.

However, the broadcaster said Bennett may not recommend that Netanyahu form a government, positioning him to potentially be tasked with assembling a coalition if the premier is charged with doing so but fails. 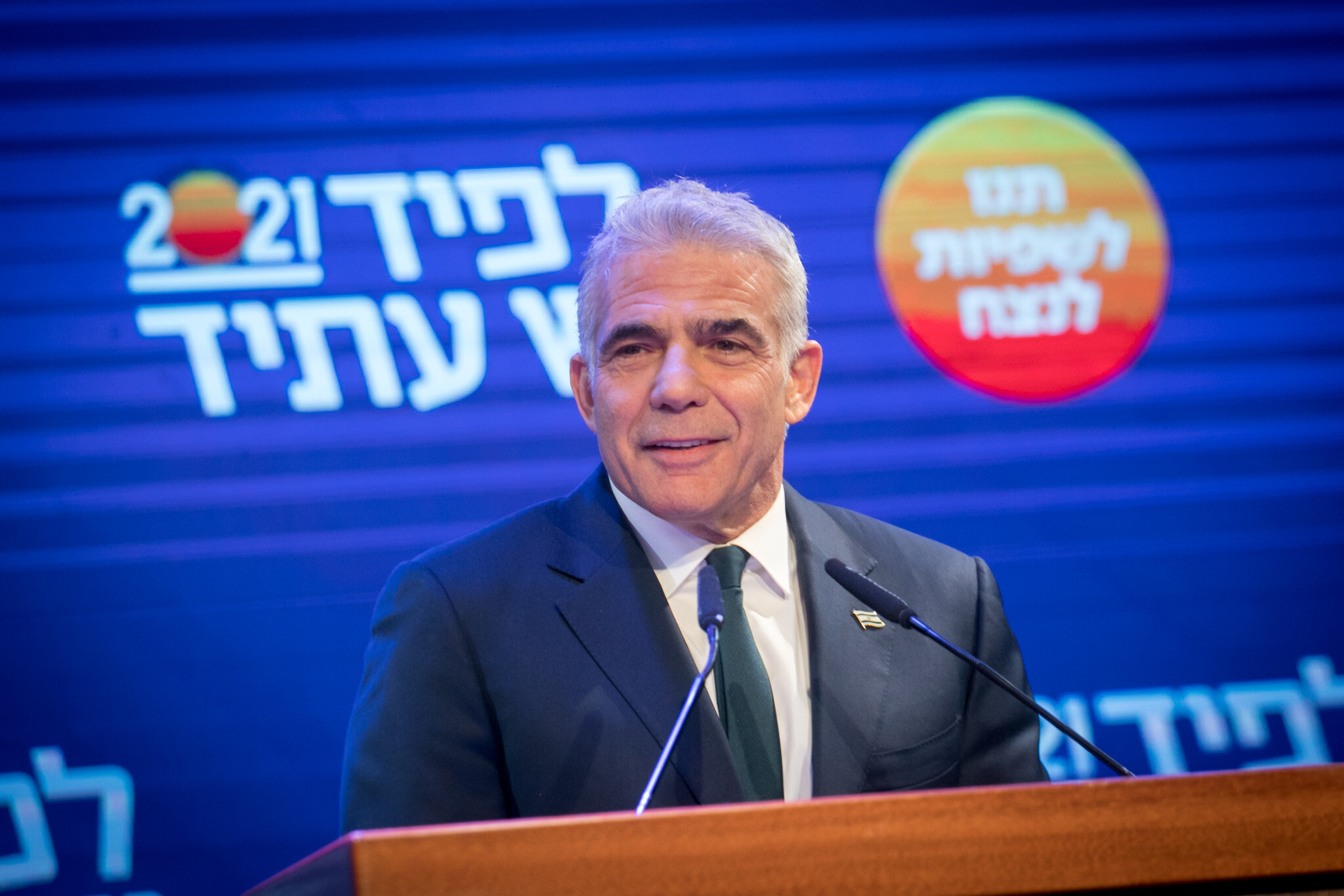 Following the inconclusive election, a majority of Israelis do not believe a government will be formed following last month’s general elections, according to a Saturday television poll.

Asked if they think a government will be formed, 53 percent of respondents to the Channel 12 news survey said no, while 37% said a governing coalition will be established.

Forty-six percent say the most likely outcome is a fifth round of elections in slightly over 2 years, 27% said Netanyahu will form a new government and 16% think the “change bloc” of parties opposed to the premier will succeed. The remaining 11% said they did not know.

A plurality of respondents — 44% — said Netanyahu has the best chance to form a government, followed by Lapid with 17% and Bennett with 13%. The rest of the respondents said someone else, no one or that they did not know.

The survey was conducted by pollster Manu Geva. The network didn’t say how many respondents were included in the poll or what the margin of error was. 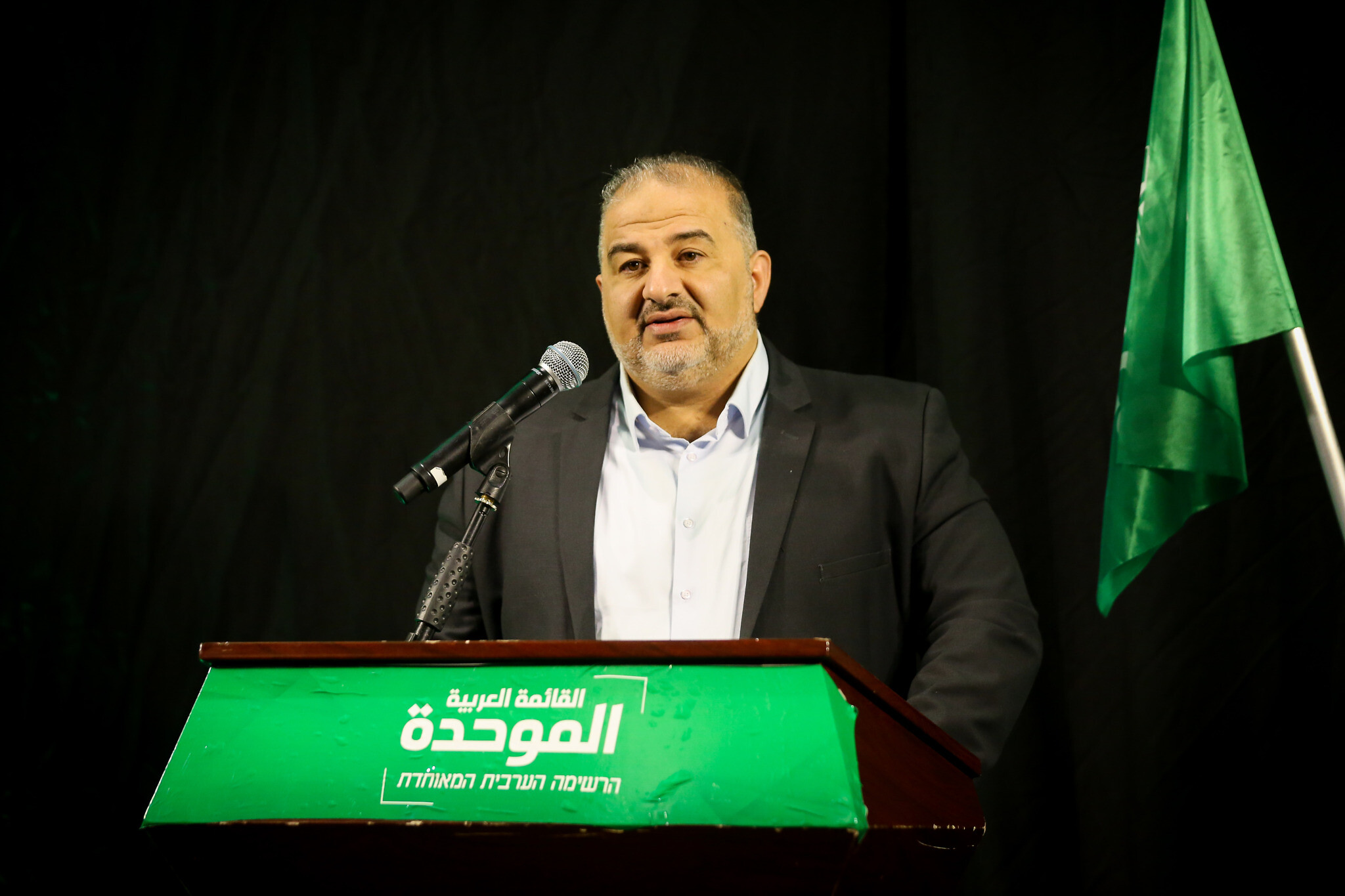 Leaders of the Islamist Ra’am party met Saturday in Nazareth to discuss whom they will recommend the president task with forming a government.
Party leader Mansour Abbas attended the meeting, whose participants included activists, local council leaders and members of the party’s consultative council, Channel 12 reported.

Though he has expressed willingness to partner with either Netanyahu or his rivals — whichever offered a better deal benefiting Arab Israelis — Abbas has yet to endorse a candidate.

Ra’am could possibly put either Netanyahu or his opponents over the 61-seat mark, crowning the next premier. But right-wing politicians in both blocs have ruled out basing a coalition on the party’s support, due to what they say is an anti-Zionist stance; others have accused Ra’am of supporting terrorists.

Abbas indicated Saturday after the meeting that his Islamist party has not yet decided who, if anyone, to back as prime minister.

Asked directly about the matter by Channel 12 news, Abbas said, “We are awaiting developments in the coming days” on the readiness of the political establishment to accept a meaningful role for Arabs.

Abbas said the main aim of a landmark Thursday speech he made to the Israeli public was “to tackle the practice by which Arabs are excluded from the political process… Our demand is for active political involvement.”

“Naturally, there was some criticism of my speech [from within Ra’am]… legitimate criticism… no speech is perfect,” he added.

On Thursday Abbas gave a primetime speech in Hebrew in which he called for Arab-Jewish cooperation in Israel and urged Jewish parties not to boycott his conservative Islamist party.

But Religious Zionism party leader MK Bezalel Smotrich, who is a key member of Netanyahu’s alliance, said Friday that his party will not sit in a government that is dependent on any support from Ra’am.