WASHINGTON (AFP) — US President Joe Biden on Thursday branded US gun violence an “epidemic” and an “international embarrassment” at a White House ceremony to unveil his first attempt at getting the problem under control.

“This is an epidemic, for God’s sake, and it has to stop,” he said, calling shootings “a public health crisis.”

Several hours after Biden’s announcement, a gunman opened fire at a Texas cabinetry plant where he was employed, killing one person and sending four others to the hospital in critical condition. No motivation was immediately known.

Texas Department of Public Safety patrol vehicles line the outside of St. Joseph’s Hospital in Bryan, Texas in support of an injured trooper after a mass shooting on April 8, 2021. (Photo by Sam Craft / AFP)

With Congress unable to agree on broad new gun regulations, like stricter background checks for gun buyers, Biden announced six executive measures which he said would help tamp down the crisis. Republicans immediately attacked the proposal, with the party’s senior leader in the House of Representatives, Kevin McCarthy, warning of “unconstitutional overreach.”

In addition to relatively modest moves on the politically hyper-sensitive issue, Biden used his Rose Garden speech to announce the nomination of David Chipman, a gun-control proponent and former law enforcement officer, as head of the Bureau of Alcohol, Tobacco, Firearms and Explosives.

Reflecting the lack of unity in Washington around anything to do with firearms restrictions, the ATF — a key agency in the fight against gun violence — has not had a Senate-confirmed director since 2015.

Biden’s six measures included a proposed rule to “stop proliferation of ghost guns,” as firearms built from home kits are known. The White House says these homemade weapons are especially of concern because they have no serial numbers and cannot be traced after being used in crimes.

Another proposed rule will be tightening regulations on arm braces designed to stabilize pistols, a device used by the man who killed 10 people in a Colorado grocery store last month. Under the rule, pistols with braces would be classified as short-barreled rifles, putting them under stricter control. 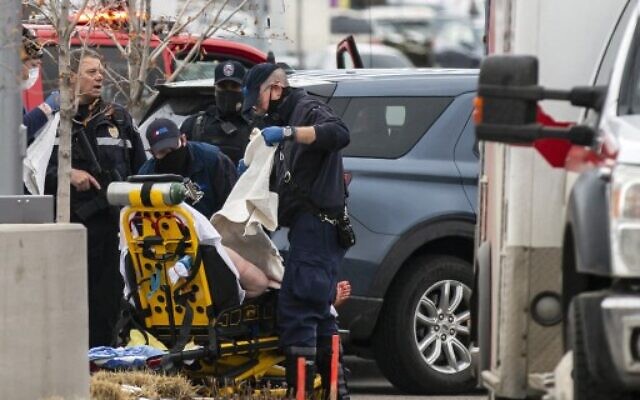 A person is loaded onto a stretcher after a gunman opened fire at a King Sooper’s Grocery store on March 22, 2021 in Boulder, Colorado. (Photo by Chet Strange / GETTY IMAGES NORTH AMERICA / Getty Images via AFP)

Other measures include boosting support for agencies involved in tackling community violence and ordering the first comprehensive report on firearms trafficking in the United States since 2000.

While mass shootings like recent killings in Colorado, Georgia and California attract most attention, more than half of the annual death toll is due to suicide.

Biden said his proposals were just a start and urged Congress to take on far-reaching measures, like added background checks and ending the sale of powerful rifles often used in mass killings.

“I know that the conversation about guns in this country can be a difficult one. But even here, there is much more common ground than anyone would believe,” he said.

“The idea that we have so many people dying every single day from gun violence in America is a blemish on our character as a nation.”

Despite Biden’s appeal, there is ferocious opposition to banning powerful weapons like the AR-15, a semi-automatic resembling the US military M16 rifle.

It has become notorious as both the tool of choice in many mass shootings and a hugely popular item for sports shooters and legal gun enthusiasts.

Biden successfully backed an assault weapons ban in 1994 when he was a senator. The law expired a decade later, however, and has never been renewed, with Republicans increasingly rigid in opposing what they depict as an attack on the more than two centuries-old constitutional right of citizens to have weapons. 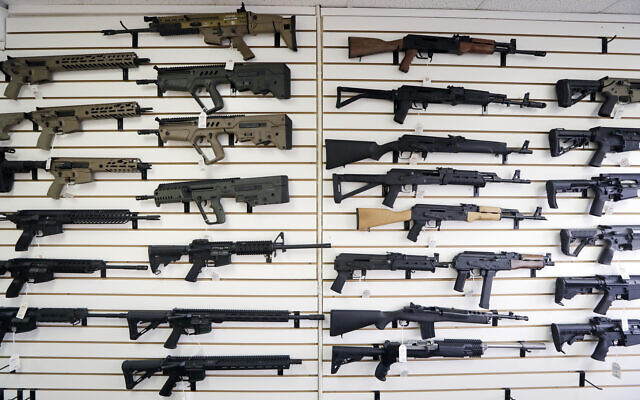 “They want to take your guns,” said another Republican lawmaker, Ohio’s Jim Jordan.

McCarthy vowed his party would “strongly oppose and pursue every option — be it legislative or judicial — to protect the right to keep and bear arms.”

In March, after the shooting spree in Colorado, Biden said he wanted Congress to pass “common sense steps” to restrict firearms. But asked whether he could get enough votes, he replied: “I don’t know.”