WASHINGTON — US President Joe Biden, whose international reputation has taken a hit after the chaotic withdrawal from Afghanistan, is upping the number of major diplomatic meetings this fall as he strives to boost alliances to counter China.

The White House said on Monday Biden will travel to New York on September 21 to address the United Nations General Assembly.

The world’s largest diplomatic meeting, which was held virtually in 2020 due to the coronavirus pandemic, will be held this year with a hybrid in-person-virtual format.

Around 100 leaders have said they will attend the event, according to a provisional list obtained by AFP.

At the General Assembly Biden plans to propose an international summit specifically dedicated to tackling the Covid-19 pandemic, The Washington Post and Politico reported.

Earlier Monday the White House said that Biden will host the prime ministers of Australia, India and Japan in Washington on September 24.

The diplomatic grouping dubbed the Quad — or Quadrilateral Security Dialogue — is seen as a bid to counterbalance China’s growing economic and military reach in the Asia-Pacific region.

“The Quad Leaders will be focused on deepening our ties and advancing practical cooperation on areas such as combatting Covid-19, addressing the climate crisis, partnering on emerging technologies and cyberspace, and promoting a free and open Indo-Pacific,” White House spokeswoman Jen Psaki said in a statement, using common diplomatic terminology used to refer to Chinese regional ambitions.

Any talks between the four countries would likely also touch on Afghanistan, as well as offer a chance to present a united front before a G20 meeting in Rome in October, Japanese media said.

The chaotic end to the 20-year US-led war in Afghanistan in August has left Biden vulnerable both domestically and internationally, with the withdrawal — seen as very unilateral by some — leaving its mark on Washington’s allies.

Beijing and Moscow have not missed the opportunity to question the strength of US support for countries that have put their security in American hands.

Joe Biden, for his part, has reiterated repeatedly that a key reason for leaving Afghanistan was to focus US resources on the great international confrontation between democracies and authoritarian regimes.

With China a key concern, the president, however, does not want to be locked into a head on confrontation. 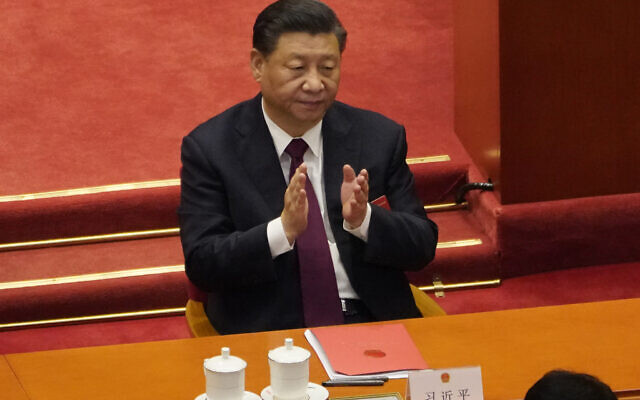 He recently phoned Chinese President Xi Jinping to ensure that communication channels remain open, with the talks coming as relations between the two are at a low point after butting heads on a range of issues including national security, human rights and technology.

Biden’s administration appears to be focusing on bolstering alliances, even if it means creating its own multilateral discussion forums.

In addition to the September events — followed by the G20 summit in Rome and the major UN climate meeting COP26 in Glasgow, Scotland, in late October and early November — Biden is also looking to gather world leaders for a virtual “Summit for Democracy” in December.

The summit is being seen as a challenge to China and an alternative to the traditional G20 meeting. The list of participants for the summit has so far not been revealed.