A Knesset panel approved controversial legislation on Tuesday that will allow the Health Ministry to give local authorities personal details of residents who have not been vaccinated against the coronavirus.

The proposal is expected to be passed into law on Wednesday in its second and third readings.

Lawmakers deliberated the proposal as the country’s public health union issued a warning against the bill saying it will cause damage due to privacy concerns, and a top democracy expert said the information could be used to target those easily persuaded by conspiracy theories to sway their votes in the coming March elections.

The Knesset Labor, Welfare, and Health Committee approved the bill for its second and third readings in parliament after changing one aspect of the bill so that details of those who are fully vaccinated will not be given to the local authorities.

MK Haim Katz during a panel discussion on the transfer of data on unvaccinated residents to municipalities, at the Knesset on February 23, 2021 (Screen grab/Knesset channel)

“Hopefully in the next step they will tell those who have not been vaccinated that they should not come to work,” said committee chair MK Haim Katz, referring to other legislation under consideration. “If that were the case, we would be out of [the pandemic] and not still in it.”

Younger people have shown more reluctance to get the vaccination and the Health Ministry hopes the legislation will enable local authorities to advocate immunization among residents who don’t want the shots.

But the Israeli Association of Public Health Physicians published a letter ahead of the meeting cautioning that the “legislation will cause short-term and long-term damage to the local authority itself, undermining trust when the benefit is limited and questionable,” Channel 12 News reported.

“Hasty legislation that may infringe on the rights of the individual will not significantly contribute to the aim, and could even harm it,” the IAPHP warned. 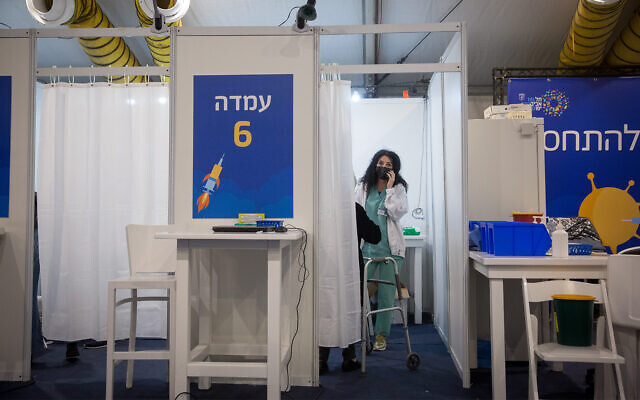 The letter was sent to Health Minister Yuli Edelstein, coronavirus czar Nachman Ash, and other senior health ministry officials. A copy was also given to Katz by representatives of the Israeli Medical Association, the country’s largest doctors union.

“The medical information centralized by the HMOs is an important resource for promoting the vaccination campaign, in part because it is a tool used by the HMOs to prioritize vaccines according to age and background diseases. However, the information in the possession of the HMOs is information that has been determined to be kept confidential,” the letter stressed. 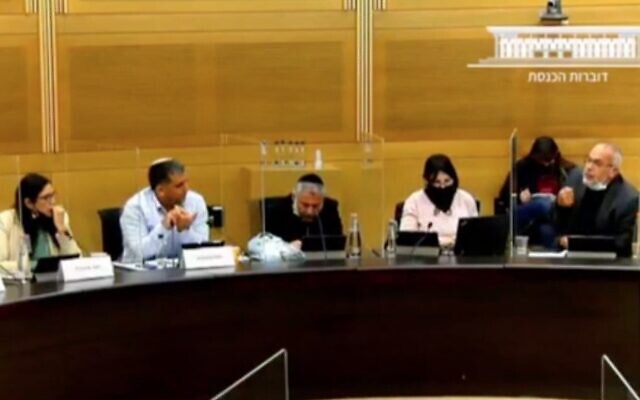 Chair of the public health union Prof. Nadav Davidovitch told Channel 12 that the union fully supports the immunization program “but we distinguish between actions to encourage immunization and violation of individual rights.”

“This change in legislation is a slippery slope that can undermine public trust and lead to disproportionate enforcement actions,” Davidovitch warned. “Local authorities should not be exposed to confidential medical information.”

Tehilla Shwartz Altshuler, a senior fellow at the Israel Democracy Institute, raised concerns that information on the lists given to local authorities could also be used for political gain ahead of the March 23 elections. 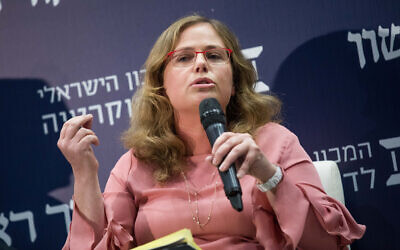 Under the terms of the bill, for a three-month period, the Health Ministry will be permitted to provide the local authorities and the Education Ministry with personal and contact details of residents for the purpose of promoting the mass inoculation program. Information will include data on those who have had the first of the two-shot vaccination but did not turn up for the second dose three weeks later, as is expected, and those who had no injections at all.

In addition to possibly swaying the opinion of those who are against being vaccinated, the program would enable local authorities to locate and provide assistance to those who need help leaving home to get to vaccination centers.

In another development related to proposed legislation to aid the vaccination program, Channel 13 reported Tuesday that the Histadrut Labor Federation and leaders of private commercial business were close to agreeing on a memorandum of understanding that will allow employers to ban workers who are not vaccinated from coming into work.

However, businesses would not be permitted to fire the workers and their wages would not be impacted, the report said. The agreement was raised as the Health Ministry, which had proposed similar legislation, has so far not made any progress on the matter, according to the report.

Edelstein announced Tuesday that more than 70 percent of Israelis over 16 have received their first vaccine dose.

Nearly four and a half million Israelis, or some 50% of the country’s total population, have now received the first dose of the coronavirus vaccine, Health Ministry data showed. Over 3 million Israelis have received both doses of the two-shot Pfizer-BioNTech inoculation Israel is mainly using.