Senior officials in Labor and in the Blue and White party have said they see a future unification of the two parties as a mutually beneficial move, according to a Monday report from Zman Israel, The Times of Israel’s Hebrew-language sister site.

Several politicians from the parties indicated that they see the merger as a natural alliance, even if it is not likely to happen in the near future.

One Labor official, speaking on condition of anonymity, said the joining of forces would be “great for everyone.”

“Michaeli succeeded in getting seven seats in the election and that was an excellent achievement relative to the situation we were in, but our historical raison d’etre is not to be a marginal, inconsiderable party,” the official said of party leader Transportation Minister Merav Michaeli.

According to the official, the party seeks to appeal to a broader spectrum of voters, and a union with Blue and White, which is led by Defense Minister Benny Gantz, will enable this.

“We cannot play on the left, and have to jump into the mainstream,” the official said. “Gantz is a tremendous asset for us and also for him. He can’t be prime minister just with Blue and White. He needs this union with us. We have infrastructure, with branches and people across the country.”

Gantz, a former IDF chief of staff, was meant to become prime minister under a rotation deal with Benjamin Netanyahu in the last government, but the coalition collapsed after failing to pass a state budget before he could assume the premiership. Following the March elections, he broke with former coalition partner Likud, and instead joined with Labor and six other parties to form a replacement coalition under Prime Minister Naftali Bennett.

Ministers, lawmakers, activists and voters in both parties see no significant ideological differences between Labor and Blue and White, though some in Gantz’s party are uncomfortable with some of Labor’s more dovish views.

Ron Shusterman, a Labor activist in the north of the country, said he has seen dozens of activists recently migrate to Blue and White.

“People don’t feel they belong because Labor is like Meretz,” he said, referring to another left-wing party.

Gantz at the head of Labor-Blue and White would be a game-changer, he said, predicting the joint party would be much stronger than Yesh Atid, the centrist party led by Foreign Minister Yair Lapid that has 17 Knesset seats. 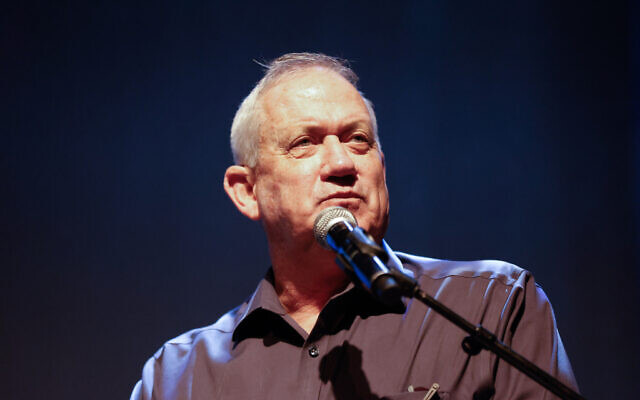 Meanwhile, the Labor official said he has noticed that in the country’s periphery, party activists have been crossing the field to arch-rival Likud as it is the only other political party that holds primaries to select its leader and Knesset candidates.

“People want to influence. They don’t feel comfortable in Labor, but they don’t find any other democratic party around, so they go to Likud because they can vote [internally] and even be elected,” he said.

The official proposed open primaries to choose a leader for a united center-left movement in which voters would pay a one-off sum to participate, with all parties welcome to join in. Open primaries, he said, would enable figures who are not current party leaders to compete, bringing in new leadership.

“Anyone who refuses to take part in the union and puts his personal ego before the chance of a revolution will be denounced, and his failure in the election is guaranteed,” he said.

Who would lead the slate?

Primaries may be the only way to fuse the two parties, whose leaders may not be willing to step aside for the greater good.

“Merav Michaeli will not agree to give up on Labor,” a senior Labor official told Zman.

“A united party under Gantz is worth 15 seats, but that doesn’t interest Michaeli. She wants to lead and will continue to lead,” the official said.

A senior Blue and White official said that Gantz, for his part, would never agree to be second to Michaeli.

“One thing is clear, Gantz will not be under Merav Michaeli; other than that, all possibilities are open,” the official said.

Under a new rotation agreement, Bennett is to be prime minister until 2023, when he will hand over the position to Lapid. Gantz, whose party has eight Knesset seats, is not included in the rotation.