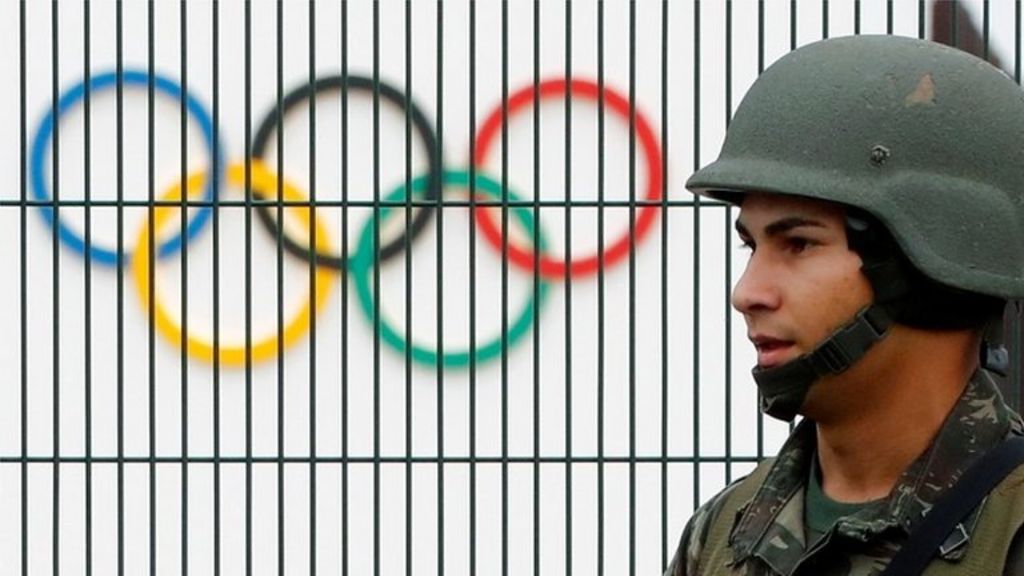 A judge in Brazil has jailed eight men for plotting attacks during the 2016 Rio Olympics last year and for using the internet to promote the Islamic State (IS) militant group.

The men were arrested shortly before the beginning of the Games, in August, after the FBI alerted the Brazilian authorities.

They are all Brazilian nationals.

The ringleader, Leonid El Kadre de Melo, has been given a prison sentence of 15 years.

His lawyer said her client was on hunger strike.

The other men have been jailed for five to six years. All say they will appeal.

The group had been sharing extremist material online and via messaging apps pledging alliance to IS, said judge Marcos Josegrei da Silva, in Parana state.

El Kadre de Melo was “without a shadow of a doubt the person who took over the role of leader amongst the accused,” Mr Silva wrote in his ruling.

The eight men were not IS members but had tried to make contact with the group, officials said.

Their activities had been monitored by the FBI.

Two weeks before the Rio Games the FBI alerted Brazilian authorities, who later said the men had been trying to buy weapons and had shared bomb-making videos.

Federal police launched Operation Hashtag in July and arrested a total of 15 people.

Seven of the suspects were later released but the other eight were tried under Brazil’s new anti-terrorism legislation for planning to carry out chemical attacks during the Olympics.

Fernando Pinheiro Cabral, has been sentenced to five years in jail.