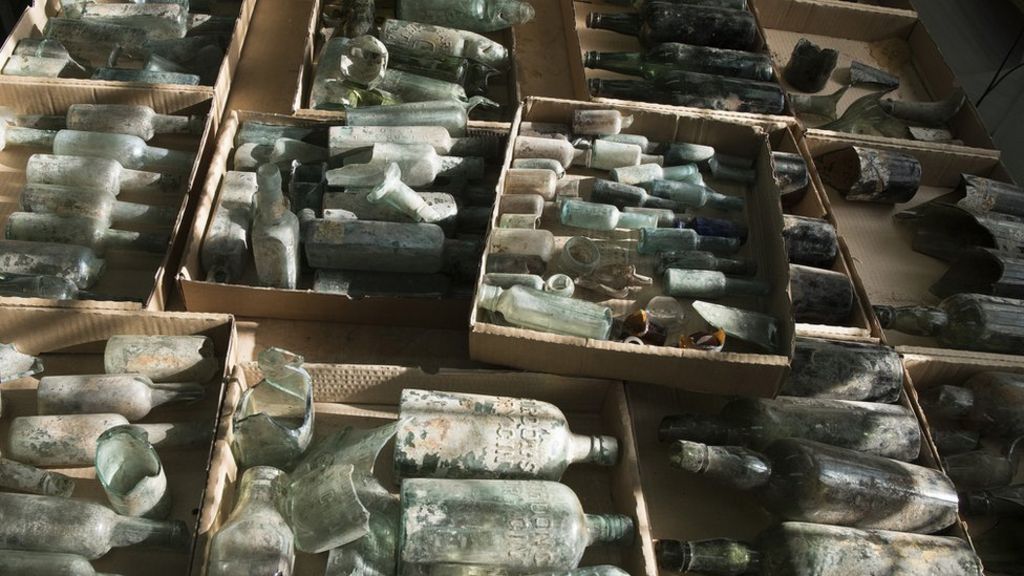 Hundreds of alcohol bottles belonging to British soldiers during World War I have been unearthed in Israel.

The discovery was made near the city of Ramla, where soldiers had been garrisoned during the conflict.

Other artefacts, including broken crockery and cutlery, were found in a rubbish tip at the site.

But 70% of the waste was empty alcohol bottles, used for wine, beer, gin and whisky.

The excavation was carried out in the fields of Kibbutz Netzer Sereni ahead of the constructing of a new highway in the region.

Foundations of a farm building, which had been converted by the military into barracks to house soldiers during the war, were discovered by archaeologists.

Inside the building, they found dozens of uniform buttons, belt buckles and parts of riding equipment.

But Ron Toueg, the excavation director for the Israel Antiquities Authority, found the rubbish intriguing.

“The written historical evidence regarding the soldiers’ activities in the British army in Israel usually consists of dry details, such as the number of soldiers, direction of attack, and the results of the battle,” he said.

“The discovery of this site and the finds in it provide us with an opportunity for a glimpse of the unwritten part of history, and reconstruct for the first time the everyday life and leisure of the soldiers.”

The Egyptian Expeditionary Force conquered the area around Ramla and Lod in November 1917. They stayed there for around nine months before continuing their mission further north.

Brigitte Ouahnouna, a researcher in the glass department of the Israel Antiquities Authority, said the bottles had been transported to the barracks from Europe to quench the thirst of both officers and soldiers in the camp.

“It is a fascinating testimony of the everyday life of the British military camp a century ago,” she said.

As well as the spirits, bottles for soft drinks, wine and beer were also found.

Mr Toueg added: “It seems that the soldiers took advantage of the respite given them to release the tension by frequently drinking alcohol.”