A cabinet meeting to decide on the reopening of the education system ended Sunday night with no decisions being made, and chances shrinking that some studies would resume Tuesday as previously planned. Discussions were set to resume Monday.

Israel’s third nationwide lockdown to curb the spread of COVID-19 was eased on Sunday at 7 a.m. after over a month, as the country continued to grapple with thousands of daily new cases and a death toll that has reached over 5,000.

Restrictions on travel and businesses that do not serve the public were removed, and businesses with individual interactions, like hairdressers and cosmeticians, were allowed to open, among some other steps. But many businesses and shops remained shuttered, as were schools and preschools.

“It is becoming clear to us all that the situation is very complex, and we have very slim security margins. We will reach a joint decision with the health and defense ministers and announce it tomorrow.

During the meeting, coronavirus czar Nachman Ash warned ministers the country was emerging from its third national lockdown “during a very high point of morbidity.”

One unnamed minister told the Ynet news site: “I don’t remember such a gloomy atmosphere [as there was today]. A very difficult mood. The experts were emphatic. The situation is objectively dangerous.”

According to Kan News, health officials told ministers child morbidity had risen by 400 percent in the past two months, as a result of the more infectious UK variant of the virus, which is more easily spread in children.

“The question is how to put the breaks on this mutation,” Health Minister Yuli Edelstein said. “If we open anything in education we must not open anything else over the next two weeks.”

Ministers had been reviewing a proposal to allow kindergartens and grades 1-4 and 11-12 to reopen only in “green” and “yellow” cities according to the “traffic light” system, which grades municipalities based on infection rates. For cities deemed “orange” and “red,” studies would only be allowed to take place in the open air, with classes split into two groups attending on alternate days. 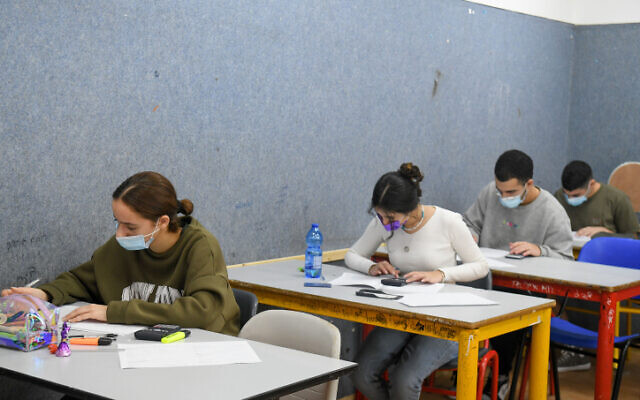 According to Hebrew-language reports, the plan also proposed that daycares for children up until the age of three could fully open in all cities.

A military task force on Sunday morning warned of a possible sharp increase in infections due to an easing of the lockdown combined with a rise in cases caused by the more contagious British strain. 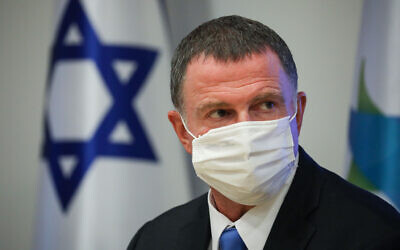 A senior official in the country’s largest health provider, Clalit, said Sunday that even though vaccines are now being offered to all Israelis over the age of 16, the pace of inoculations has slowed dramatically.

“There was greater cooperation among the at-risk populations,” Kaye added. “Right now we’re reaching out to the younger public, and some people don’t understand the vaccine’s importance. Unfortunately, the fake news on social media and in the press is doing damage. People aren’t sufficiently afraid of the coronavirus because they aren’t familiar with what it causes.”

According to Health Ministry data released Sunday, 92.8 percent of those aged 60 and over have either received at least one vaccine dose or have been infected and recovered from COVID-19.

Some 69% of those 60 and over received the second dose more than a week ago, which should effectively make them immune to the virus.