Israelis of Ethiopian descent suffer from over-policing and discrimination, while Bedouin communities in the south live with a shocking lack of services and governance, according to a scathing report released by State Comptroller Matanyahu Englman on Wednesday.

“The Bedouin population in the Negev is the poorest in Israel and suffers from a lack of infrastructure and quality education,” the report charged. “The Israeli government is responsible for increasing governance in the Negev.”

The report emphasized the lack of infrastructure in Bedouin communities and the fact that nine of the communities appeared in a ranking of the eleven socioeconomically lowest localities in Israel, with no significant changes occurring in the rankings for a number of years.

A lack of accurate data about the number of people living in Bedouin communities has left authorities unable to budget, the report said. Even so, there was a clear failure to provide acceptable basic standards.

The comptroller found that in most communities in two regional councils, there was almost no public infrastructure of water, sewage, electricity, roads, communications, street lighting and sidewalks.

Many homes are therefore illegally connected to the electrical network or not at all, a dangerous situation that has led to a number of deadly fires due to faulty connections or families resorting to using dangerous heaters.

Students are taken to school in dangerous conditions in old buses on unpaved roads and many members of the Bedouin communities live in areas where there is no rocket warning system, the report said.

It additionally dealt with rising crime and a lack of enforcement within Bedouin locales.

The Bedouin community “is heavily involved in the non-payment of taxes, polygamy, protection payments and damage to civilian and military infrastructure,” the report said.

According to the report, there has been a failure to establish promised police stations and increase policing in the communities.

Additionally, over the course of around five years, 177 criminal investigations into the extortion of protection money in the Negev region were shelved or closed, with only 87 transferred to the State Attorney’s Office for further review.

Englman noted that those statistics only involved cases that were reported to the police, and said that the problem of extortion was far more widespread than the numbers appeared to suggest. 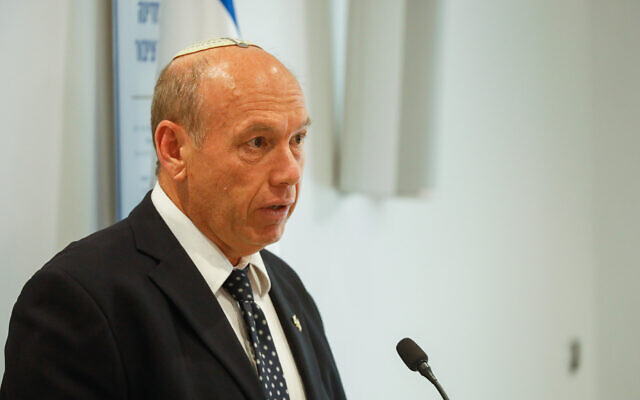 State Comptroller Matanyahu Englman attends a press conference in Jerusalem announcing an investigation into the Mount Meron tragedy on May 3, 2021. (Olivier Fitoussi/Flash90)

The audit also found that between 2017 and February 2020, indictments were only filed in 18 cases of polygamy while 345 cases were closed, meaning that charges were brought in only around 5% of cases.

Those statistics were even worse in light of the fact that according to the report, around 14,000 women live in polygamous households in Israel.

Polygamous relationships have been illegal in Israel since 1977. However, authorities largely turn a blind eye to it among the Bedouin, even though polygamy has been shown to often lead to domestic violence and inescapable poverty.

The report also highlighted the danger on the roads in the south of the country and the high rate of accidents. It said 399 minors were caught driving illegally in the Negev region in 2016-2020, though it noted that not all of them were Bedouin. 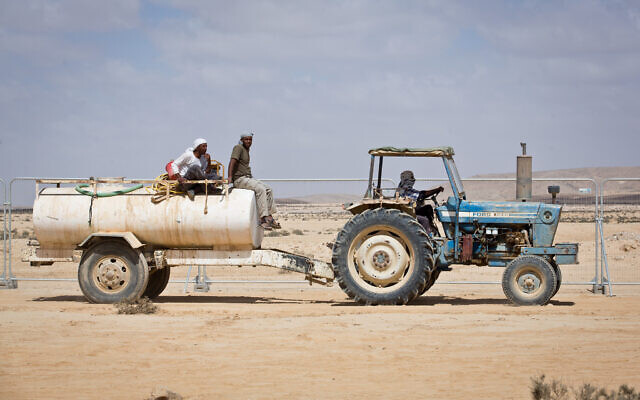 The comptroller also detailed a number of ways in which Israeli of Ethiopian origin are disproportionately targeted by the police, and face discrimination and racism in the workplace.

According to the report, police investigations into members of the community were carried out among minors at a rate 3.8 times higher than their relative share of the population (1.7%), and at a rate of 1.9 times among adults. 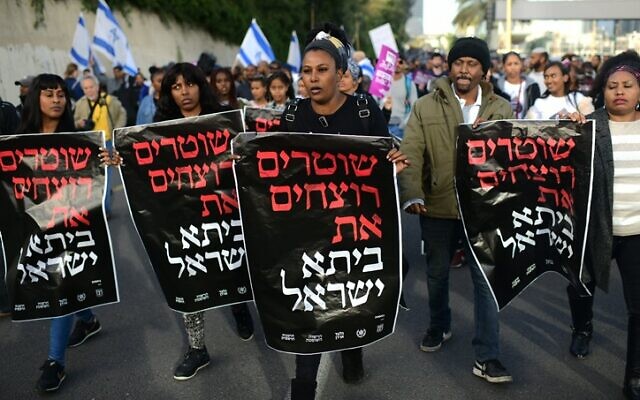 At the same time, trust in the police and satisfaction in their actions was at only 13% in the community, according to surveys conducted by the police, the report said.

For years, the community has said it has been subjected to police brutality and discrimination, with tensions spiking in the wake of the 2019 police killing of 19-year-old Solomon Tekah during an altercation in Haifa. Tekah’s death sparked days of nationwide protests, some of which turned violent and drew renewed accusations of police brutality and racism toward those of Ethiopian descent. 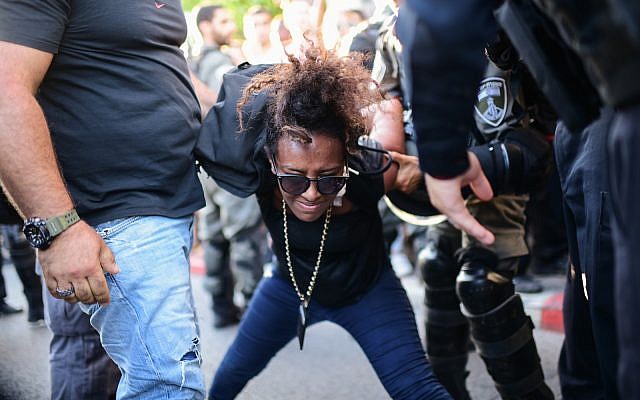 In response to the comptroller’s report, police told Kan news that the force was “constantly working to protect and serve all Israeli citizens faithfully, and provide them with equal police services regardless of origin, religion or skin color.”

With regards to the integration of members of the Ethiopian-descent community, the report revealed that around 75% reported encountering racist remarks while at work, while 14 of 22 government ministries did not meet the government target for adequate representation of the community, which itself is only 1.7% of the workforce.

In addition, the report addressed a number of issues relating to the lack of transparency with regards to the workings of the Knesset, and said it was still unclear whether ministries were operating under guidelines regulating the use of cloud computing, with a warning issued in light of a number of widescale hacks in recent months, both in Israel and abroad.