The National Infrastructure Committee on Monday agreed to deposit plans for a private sector gas-fired power station called Kesem, near Rosh Ha’ayin and the Arab city of Kafr Qasim in the center of the country, overriding the opposition of the ministries of energy and environmental protection, as well as municipal authorities.

It also agreed to the furthering of plans for OPC 2,  an extension to an existing gas plant, in the northern coastal city of Hadera — also over the opposition of local authorities.

Both plans were deposited, clearing the way for them to be transferred to the relevant district planning committees for comment as well as to be officially opened to the public for comment and objections.

In August, the Energy Ministry announced that advances in technology would allow Israel to reach 30 percent renewable energy by 2030.

That forecast enabled it to cancel plans for four gas-fired stations: Mevo’ot Gilboa (Gilboa Foothills) south of the northern city of Afula; Sagi 2000, west of Afula; Zvaim near Beit She’an in the northern Jordan Valley; and Hartuv in the Beit Shemesh area, west of Jerusalem.

Maintaining that 100% renewable energy will not be achievable for many years, the Energy Ministry still wants enough gas-fired plants to provide 4,000 megawatts of electricity, in the hope that only 1,400 MW will actually be needed. In line with a government decision made in October, plans for new stations in areas not yet zoned appropriately are to be frozen, with preference given to those that will be built close to existing infrastructure.

Unlike OPC 2 Hadera, Kesem would not be close to existing infrastructure, which is why Energy Minister Yuval Steinitz opposes it.

The Environmental Protection Ministry opposes the construction of any new gas-fired plants, for environmental and public health reasons. Natural gas is a climate-warming fossil fuel.

Plans for two additional gas-fired power stations — Dorad in the southern coastal city of Ashkelon and OPC Rotem on the Rotem plain in southern Israel’s Negev Desert — have already passed through the public objections stage.

Once the objections stages for Kesem and OPC 2 have been completed, the committee will convene sometime in the summer to discuss which of the four plans to advance for government consideration.

Plans for a fifth station, Meeting of Peace, have been pushed by the Reindeer Partnership, comprising Siemens, the Phoenix Insurance Company and two Israelis, for a site between Kfar Saba, north of Tel Aviv, and the nearby Palestinian city of Qalqilya in the West Bank. 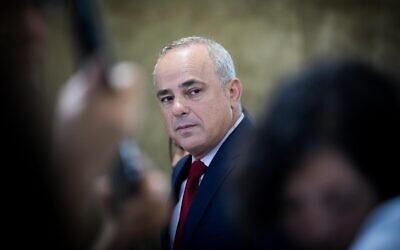 In October, Oshrat Gani Gonen, head of the Southern Sharon Regional Council, was given to understand by Steinitz that the Reindeer project would hit the rocks. On Sunday evening, she and fellow regional council members met with Steinitz, who confirmed that Reindeer would be canceled.

But it transpires that that plan, too, has continued along the planning conveyor belt and is now ready for government consideration as well.

On Tuesday, the Southern Sharon Regional Council, which represents 18 local authorities, condemned the decision to advance both the Kesem and Reindeer projects and called for a clear, official commitment to cancel both once and for all.

Gidon Bromberg, the Israeli director of Ecopeace, which was involved in protesting the Reindeer plan, called the decision “scandalous.” 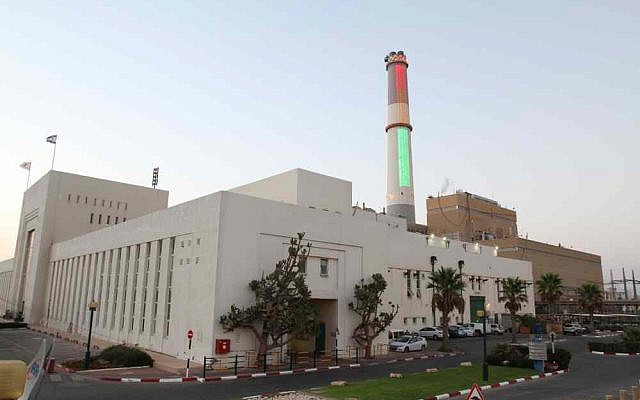 Extra capacity at the Reading Power station in Tel Aviv, known for its iconic chimney, is at the earlier stage of an environmental risk assessment.

The Association of Cities for Environmental Protection (Sharon Carmel), which includes 18 local authorities and represents some 700,000 residents, opposes the plan for OPC 2 in Hadera, especially as is to be located close to schools, kindergartens and residential neighborhoods.

On Sunday, the association published a professional assessment of the increase in pollution and noise predicted should OPC 2 be built.

Hadera residents also live close to the Orot Rabin power station and the Leviathan natural gas platform, along the coast to the north.