Former yeshiva school guard David Cyprys, a convicted rapist and pedophile, was charged in Melbourne on Friday for rape and other crimes, Australian police said.

Cyprys was indicted at Melbourne’s Magistrate’s Court on charges of rape, false imprisonment and aggravated burglary.

The incident in question occurred in 2000, when the alleged victim was 16, according to Manny Waks, an activist who was also abused by Cyprys as a child at the Jewish school run by the Chabad movement’s Yeshivah Centre in Melbourne.

The new allegation was described by Waks as “violent, brutal and terrifying.” The plaintiff is the first non-Jewish alleged victim of Cyprys, and Waks believes there are more who have not yet come forward.

Cyprys, a locksmith who ran a company called Shomer Security, was charged in September 2011 with multiple counts of indecent assault and gross indecency for the alleged sexual assault of students at Yeshivah College in Melbourne between 1984 and 1991. He was convicted of raping one boy and abusing eight others two years later and sentenced to four years in prison.

He was released from Hopkins Correctional Centre in October 2019 and then rearrested and extradited to Sydney in New South Wales, where he faces further abuse charges. Those incidents — alleged sexual assault and acts of indecency — occurred in the Sydney suburb of Bondi in the 1980s, the Sydney Morning Herald reported in October.

Waks, who advocates for sexual assault survivors in the Jewish community, urged “anyone who may have been affected to contact the police and to seek appropriate support.”

“I’m pleased that more alleged victims of Cyprys are going to the police and that we are finally seeing significant progress in this case. We continue to stand by this courageous survivor and hope that justice will ultimately prevail,” Waks wrote. 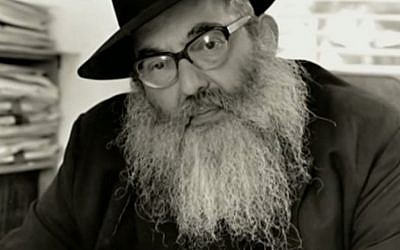 “It is worth remembering that this is the legacy of former Yeshivah director, the late Rabbi Yitzchok Groner, who was directly responsible for this alleged attack and many others,” Waks charged.

In 2015, parents of abused children described the ways Groner, who died in 2008, suppressed complaints of sexual abuse at Yeshivah Centre, continuing to employ Cyprys at the school.

Groner was later named in the Royal Commission into Institutional Responses to Child Sexual Abuse report for covering up sexual abuse allegations against two employees.

Waks, who now lives in Israel, went public with his accusations against Cyprys in 2011, after which other victims also came forward. In 2020, Waks was awarded over AUS $800,000 in civil damages from Cyprys.

The case is not the only one involving the Australian Jewish school system. Malka Leifer, 54, who was extradited from Israel after a prolonged legal battle, is accused of sexually abusing children while working as a religious studies teacher and principal at the Adass Israel School in Melbourne.