The Health Ministry said Tuesday morning that 1,372 new coronavirus cases were recorded during the previous day, the highest tally in over four months, as the government confirmed it planned to soon require all arrivals to Israel to enter quarantine.

The ministry said an additional 270 cases were found on Tuesday by 8 a.m.

Of the 83,509 tests performed Monday, 1.86 percent came back positive — a rate slightly higher than in recent days.

There were 62 patients in serious condition, with that figure — which reached an all-time low of 19 last month — increasing much more slowly than the total number of active cases.

There are 7,924 active virus cases in the country, Health Ministry data showed. A month ago that figure was around 200.

The death toll stood at 6,451, adding one new fatality, according to the ministry.

The rise in cases came amid plans to impose a mandatory quarantine on all incoming travelers, including the vaccinated and those who have recovered from COVID-19.

Health Minister Nitzan Horowitz on Tuesday confirmed that plan and said all returnees will soon be required to self-isolate upon arrival, adding that there were no plans to close the airport entirely.

“We will divide the countries into two groups — one group of countries that are dangerous and forbidden to fly to, and a second group from which returnees are required to quarantine, including the vaccinated and recovered,” he told the Ynet news site, confirming Monday television reports.

Currently, the vaccinated and recovered only need to enter quarantine if they have returned from a location designated high-risk by the Health Ministry — though they do need to self-isolate for 24 hours or until receipt of a negative COVID test. But Channel 12 news said officials believe virus carriers have also been entering the country from supposedly low-risk countries.

According to Health Ministry data, 154 of the cases identified Monday were among people arriving from abroad.

In a briefing to the media Monday, Health Ministry Director-General Nachman Ash said: “This isn’t the time to travel abroad for non-essential flights.” He added that those who choose to fly abroad “are endangering themselves and their families.” 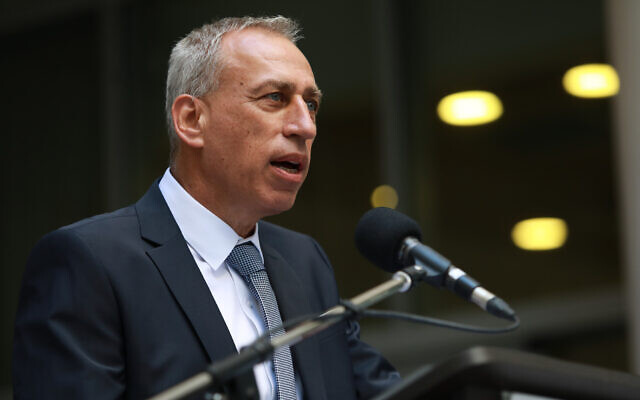 In his Tuesday interview, Horowitz also said ministers would later in the day discuss reinstating the Green Pass system, which limits access to many public spaces just to those who are vaccinated, recovered from COVID-19 or have a recent negative test.

Israel has seen coronavirus cases rise sharply over the last month, after nearly eradicating the disease and removing nearly all restrictions in May and June.

Eran Segal, a health expert advising the government on its pandemic response, tweeted that while infection numbers are rising, the number of new serious cases per day remains far lower than in past outbreaks, following the country’s mass vaccination rollout.

On Monday, Prime Minister Naftali Bennett warned that authorities would not tolerate a lack of adherence to new virus restrictions, speaking ahead of a planned effort to significantly increase enforcement of regulations meant to curb the spread of infections.

“I want to say here clearly: Government decisions are not recommendations; they are binding. Whoever flouts them will pay,” the premier said, according to a statement from the Prime Minister’s Office.

Israel has moved to reimpose a number of measures, most significantly a mandate requiring face masks indoors, and the reintroduction of a system restricting attendance at large events to only those who have been vaccinated against or recovered from COVID-19, or who can present a recent negative test. Authorities are said to also be mulling more moves, with case numbers continuing to rise. 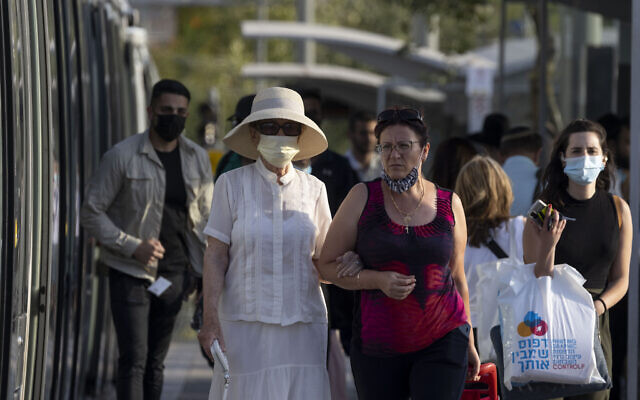