Shas leader and Interior Minister Aryeh Deri admitted on Thursday that he should have worked harder to keep the unity government between Benjamin Netanyahu and Benny Gantz from falling apart.

After three consecutive elections, Netanyahu’s Likud and Gantz’s Blue and White parties agreed to form a unity coalition in April 2020. But just over six months after it was formed, the government was dissolved when the sides could not agree on passing a 2020 budget, and a new election was called that for March 2021. The move was widely seen as being engineered by Netanyahu so as to avoid handing over the premiership to Gantz, as stipulated in the coalition agreement between them.

Deri suggested that while Gantz was a stalwart member of the government, he still bears some of the blame. “He did not take a leadership stance against [Blue and White Justice Minister Avi] Nissenkorn,” who clashed with Gantz over making concessions on the budget, said Deri. “I think Netanyahu is guilty, I think Gantz is also guilty and so am I — I admit it, I didn’t do enough… I should have fought harder and banged on the table to get both sides on board.”

Prime Minister Benjamin Netanyahu approaches rival Benny Gantz as they and other party leaders including Avigdor Liberman and Aryeh Deri prepare to pose for a group picture during the swearing-in of the 22nd Knesset in Jerusalem, on October 3, 2019. (Hadas Parush/Flash90)

The Shas leader mildly criticized controversial comments made earlier this week by United Torah Judaism leaders Moshe Gafni and Yaakov Litzman — in a press conference in which he also took part — slamming Yamina leader Naftali Bennett, the prime minister-designate, for joining the government.

Gafni called Bennett “wicked” and Litzman said he “should take off his kippa… so at least people can understand that he’s Reform.”

“We’re all Jews and nobody has the right to say who is more of a Jew or less of a Jew,” said Deri on Thursday. “We’re all Jews, it doesn’t make a difference what kind of kippa one wears or if it’s an invisible kippa.” 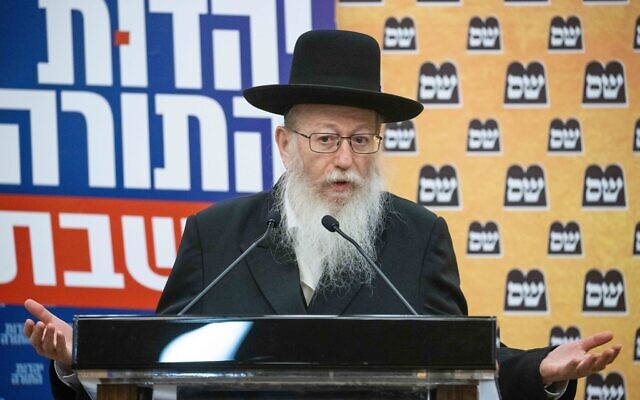 But Deri also defended Litzman as someone who has “devoted his life to the state and to the Jewish people,” and said that his angry words “came from a place of deep pain… don’t judge him for his words.”

The interior minister said he fully backs a peaceful transfer of power — but will still fight to bring down the incoming government.

“If the government is sworn in, I will hand over control in the most organized manner,” said Deri, “I will help the person who will replace me, I will welcome them and give them all the help they need.”

But “we will bring down this government very soon, you will see,” he added. “This government has nothing in common except for hatred for Netanyahu, and we will succeed in breaking it.”

Likud MK David Bitan echoed those words in his own interview shortly after Deri.

“I give it a year, tops,” Bitan told Army Radio of the incoming coalition. “The first one to go will be [Ra’am leader Mansour] Abbas,” he predicted, “who won’t be able to handle the criticism from the Arab community, especially if there will be [fighting] with Gaza.” 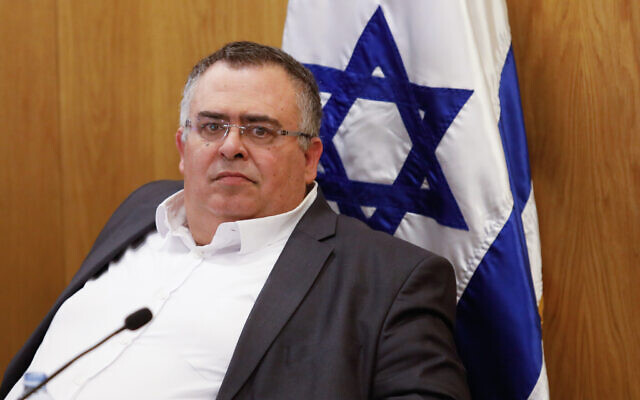 But Bitan, a longtime Netanyahu loyalist, also leveled some light criticism at the prime minister.

“Of course it was a mistake” not to give Gideon Sa’ar a ministerial position when the unity government was formed last year, said Bitan, who admitted that he suggested this to Netanyahu at the time.

Sa’ar, who was a member of Likud for more than a decade, ran unsuccessfully against Netanyahu in a leadership primary in December 2019. When the government was formed in 2020, Netanyahu informed Sa’ar — a former interior and education minister — that he would not receive a cabinet position, in a move widely considered to be revenge for his leadership challenge. In late 2020, Sa’ar announced that he was leaving Likud and founding his own party, New Hope.

“Nobody expected that a man who wasn’t chosen to be a minister would bring down Likud just because he wasn’t appointed a minister,” said Bitan. “There’s a difference between running in his own party and what he did now” in joining with Yair Lapid to oust Netanyahu.

On Sunday the Knesset is slated to vote on establishing the 36th government of Israel, an eight-party coalition that will see Bennett rotate the premiership with Lapid. If confirmed, the unlikely alliance of right-wing, left-wing, centrist and Islamist parties will remove Netanyahu from power after 12 years.