NEW YORK — It takes a certain kind of perfection to end a movie with the line “nobody’s perfect.” And that’s why “Some Like It Hot” remains a classic more than 60 years after its 1959 release.

But what you probably didn’t know is how an iconic scene from that film was likely imprinted on its director’s mind at a Vienna train station 33 years earlier, when he was there as a 20-year-old reporter on a deadline, grabbing quotes from a troupe of leggy British dancers.

Many film buffs have known that writer-director Billy Wilder, whose other masterpieces include “Double Indemnity,” “Sunset Blvd.,” “The Apartment,” and many more, got his career going as a late teen writing for tabloid newspapers, first in Vienna, then in Berlin.

But very few living people had actually read these pieces. Now Noah Isenberg, Department Chair and Professor of Radio-Film-Television at the University of Texas at Austin, working with Princeton University Press, has righted this wrong.

Isenberg — whose other books have covered the making of “Casablanca” and the life of director (and Wilder associate) Edgar G. Ulmer — is currently eyebrows-deep in research on his next book, about “Some Like It Hot.” Along the way he realized there was an audience for these short-form pieces almost lost to history.

“Billy Wilder on Assignment: Dispatches from Weimar Berlin and Interwar Vienna,” is, as my colleague, TIME Magazine film critic Stephanie Zacharek kvelled to me in an email, “the little book you didn’t know you needed.” These are fast-paced stories, meant to be read on a racing streetcar, or while sipping a drink at a coffeehouse while you wait for your guest.

Written from 1925 through 1930, the book contains profiles of celebrities, like American jazz bandleader Paul Whiteman, industrialist Cornelius Vanderbilt Jr., or a beloved Swiss clown named Grock. But there are also average people, like the woman who hawks the papers Wilder writes for, or a “chameleon” with a forgettable face named Erwin.

There are dashed-off musings (“why don’t matches smell like they used to anymore?”) and capsule movie reviews (as one who used to pump these out at a New York City tabloid for years, this hit home.) There are also some first-person essays, including one about the great footnote in Wilder’s life, how he was a “taxi dancer” in his late teens. (More on this in a moment.) All of the pieces have Wilder’s trademark wit.

Wilder enthusiasts have long looked to the silent films he co-wrote in Germany before fleeing Nazism, but in this book you can find even deeper roots. I had the good fortune to jaw with Isenberg, the book’s editor who also wrote a historical introduction, about this splendid project. The following interview has been edited. 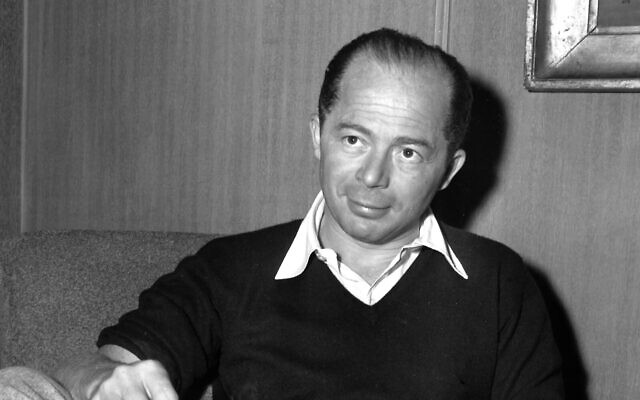 Vienna-born director and filmmaker, Billy Wilder, is seen on a Hollywood lot on January 16, 1946. (AP Photo)

The Times of Israel: I’ve known Billy Wilder started off as a tabloid journalist, but, naturally, had never read any of this stuff until now. Could I have?

Noah Isenberg: Absolutely not. At least, not in English. For that, we must thank the translator Shelly Frisch, who does such an incredible job of rendering Wilder’s very animated and peppy prose style.

I flew through the book in two sittings, dashing through it like I was on a streetcar.

I think that’s how it should be read. Prior to now, there were just a few stray translations, like an excerpt of the dancer-for-hire piece, the longest piece, in one of the books on Weimar Germany from the University of California Press. There have been collections in German, in two slim volumes from the 1990s, one of the Berlin work, the other of the Viennese work, both from small publishers and now out of print. And that’s it. 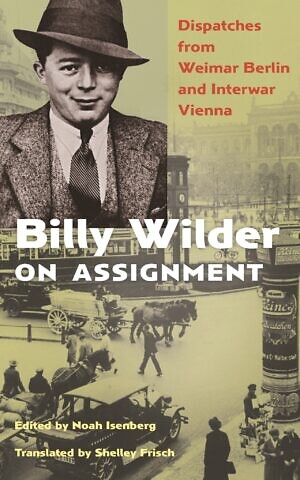 You open big, with “Waiter, a Dancer, Please!” Either from the Cameron Crowe book “Conversations With Wilder” or perhaps just from Wilder’s lore I already knew he was a paid dancer in a hotel. But I always, maybe lasciviously, thought that was code, that he really did more than just dance with these women. But the piece, which is hilarious, details all the dancing he did.

He describes dutifully what happens “on screen” so to speak. We don’t really know what happened beyond that. Late in life he did like to say he worked “as a gigolo,” but whether this was true we don’t know. You should figure that, as was the case with the Production Code, a lot that was written then was by way of suggestion, rather than explicit depiction.

It’s still a great story if you take it at face value. Standing at the back of the ballroom eating pie, waiting for the manager to direct you to which older woman or which chaperoned 16-year-old to dance with.

He finally gets fed! He’s near destitute as a freelancer and sees his old friend who gets him the job, and they eat steak and drink cognac. I picture it like the banquet scene in Murnau’s “The Last Laugh.” Now he has his literal meal ticket, dancing with older ladies.

Part of what makes this book click for me is how you organize the pieces. You go from this really rich dancer story into a 250-word restaurant review. And it feels like he was friends with the owner!

Was he friends with the owner? Who knows? He took on the moniker of the “racing reporter,” there’s even that little caricature of him in the book. The man about town.

So even though this was never translated into English, it’s possible that some of the German-speakers in Hollywood remembered this work.

Absolutely. These were prominent papers. The Berliner-Zeitung was very widely read, as was the perfectly named magazine Tempo.

So any transplants in Hollywood would have had some familiarity. Even those from elsewhere in Middle Europe, especially Jews. Hungarian Jews, Czech Jews, anywhere from the Austro-Hungarian Empire, the German language was known. 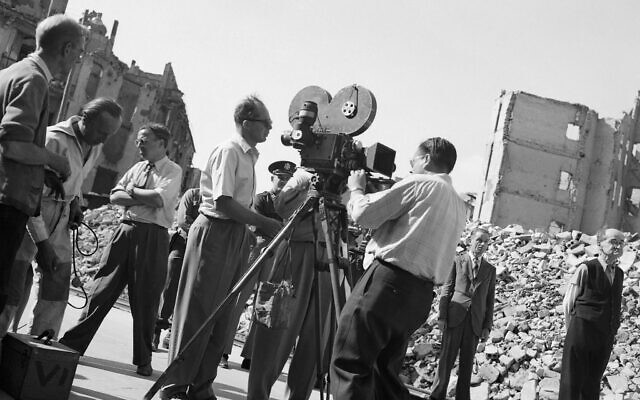 Tempo specifically was known for, how do you put it, the “Jewish rush”?

So for the average Viennese or Berliner reading, how many would have known that Wilder was Jewish? Because it never comes up at all.

Well the BZ was part of Ullstein, which was a Jewish publishing concern. This is where Vicki Baum worked, a contemporary of Wilder’s who also began as a journalist then wrote the novel that became the film “Grand Hotel.”

Earlier, in Vienna, Wilder wrote for the tabloids owned by the Hungarian Imré Békessy, and another writer was Hugo Bettauer, who wrote the satirical novel “City Without Jews,” a best-seller that poked holes at antisemitism. It shows a fantasy city that dispels its Jews and the whole society falls apart.

And Bettauer was killed by a proto-Nazi, right?

Yes, exactly. At a dentist’s office, if I am not mistaken. So if Wilder is contributing to papers where proto-Nazis are angry at how Jewish they are, it stands to reason people had awareness.

Later, of course, his mother and other members of his family were killed in the Holocaust. He had a famous line “the optimists died in the gas chambers, the pessimists have pools in Beverly Hills.”

But in this early work, you are right, his Judaism is never referenced. The only time anything slightly related comes up, and it is so short, is the capsule review of the 1928 Zionist film “Springtime in Palestine,” in which he does seem taken with the images on the screen, as well as commenting on the enthusiasm of the audience. 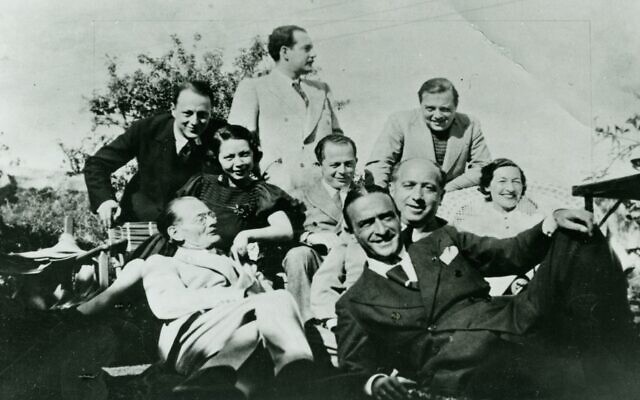 It is funny that so much of his early work was movie reviews, and also reporting from movie sets.

He’s basically double-dipping by reporting from the set of “People on Sunday” [an independent film production co-directed by Robert Siodmak and Edgar G. Ulmer from a Wilder screenplay]. He’s reporting but also being the press agent. And it’s a film similar to what Wilder was writing about.

So you think he had an eye toward filmmaking for a while, then?

Understand that Weimar Berlin was under a tremendous influence of American culture — an unbridled and boundless love for anything American. Wilder definitely fashioned himself in the American mold.

This is around the time that others like Ben Hecht were making the transition from newspaper reporter to working with movie studios. And there’s a very short piece in here about Ernst Lubitsch, one of his heroes, and also about Erich von Stroheim, though a little cheeky about how he writes about him as an artist. 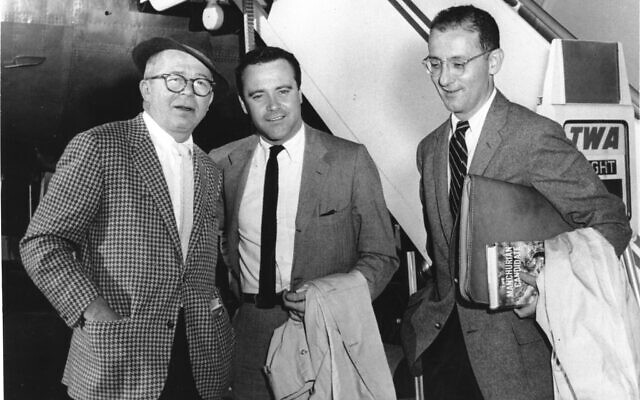 He also never misses an opportunity to kiss up to Charlie Chaplin.

The adoration of Chaplin at that time in Europe can not be overstated. Even philosophers like Walter Benjamin and Theodor Adorno are writing about Chaplin.

But when he gets to Hollywood, there’s no more sophisticated filmmaker than Billy Wilder.

And he didn’t wear it on his sleeve.

You don’t think of him as a slick visualist — 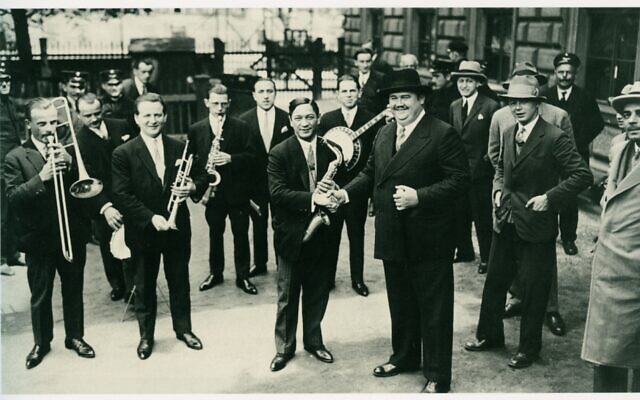 Good point. Okay, so, other than the most famous image in all of movies, he’s mostly known for his language, his storytelling. And he always had a co-writer, correct?

Either Charles Brackett in those early years, or I.A.L. Diamond in the final stretch, there was always someone else, and always an American-born, or at least American-raised collaborator. Wilder used to say that “Brackett taught me English, and I taught him comedy.”

There was also the unhappy partnership with Raymond Chandler for “Double Indemnity” — Brackett felt the material was just too dark and pulled out. And Chandler was trying his best to stay sober, and Wilder would mix his late afternoon martinis and pace, so it didn’t really work. Also with Ernest Lehman (on “Sabrina”), but always an American, even though Diamond was technically born in Romania. Someone without Wilder’s thick accent.

But then Wilder would weaponize that accent — that Mitteleuropa — when he needed it. Think of Willam Holden’s voiceover in “Sunset Blvd.” saying out of nowhere, “He was hard at work at Bel-Air making with the golf sticks.” Baffling to a lot of the audience, I’m sure, but those in the know could recognize the immigrant phraseology prevalent in Hollywood.

Or in “The Apartment,” where the character Dr. Dreyfuss says, “Be a mensch!”

There’s a great story in Otto Friedrich’s “City of Nets: A Portrait of Hollywood in the 1940s” that Otto Preminger is at a craps table or something and there are a bunch of Hungarians there jabbering away. So he turns to them and barks, “Don’t you know you are in Hollywood? Speak German!”