The director of the medical clinic on Mount Meron, a place more used to treating dehydration rather than multiple casualty events, spoke on Sunday of the pain of being forced to pronounce 39 victims dead after the disaster at last week’s Lag B’Omer gathering.

The crush at Mount Meron in the early hours of Friday killed 45 people, including over a dozen children and teenagers, in the country’s deadliest civilian disaster.

Dr. Roi Babila’s work at the makeshift clinic on Mount Meron usually consisted of treating patients for fatigue, dehydration, and minor bruising, according to the Haaretz daily.

But after Friday’s deadly crush, the doctor was forced to determine the deaths of 39 worshipers, many of them children and teens.

Israeli rescue forces and police at the scene after a mass fatality scene during the celebrations of the Jewish holiday of Lag Baomer on Mt. Meron, in northern Israel on April 30, 2021. (David Cohen/Flash90)

“My mission and desire is to save lives, and any death is a very difficult thing,” Babila told Hebrew media.

“I worked with several medical teams in the field, and many of them broke down in front of my eyes. My colleagues burst into tears,” he said. 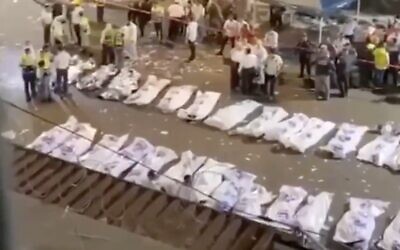 Body bags at the scene of the Mount Meron disaster, April 30, 2021 (Screenshot)

“In moments like this you have to be strong for others and embrace them. While identifying the 39 bodies, you break apart inside. But you can’t stop the work, or delay it,” Babila added. “I had a hard time. The difficulty is indescribable.”

Babila said that when the disaster began, it was hard to grasp the magnitude of the event.

“As we tried to understand what was happening, medical teams with patients in various conditions began to flock to the clinic, some of whom didn’t have a pulse and weren’t breathing. They were brought to us as medical staff performed basic resuscitation operations,” the doctor said.

Babila said he and his medical staff began to treat the patients with medication and resuscitation techniques, as more individuals in critical condition amassed in the clinic. 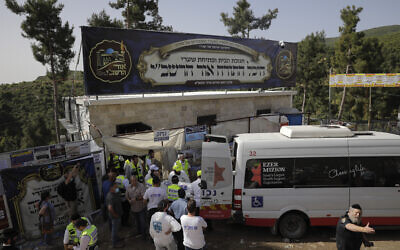 He described how some patients were not given treatment and were immediately pronounced dead, while the deaths of others were determined after extensive medical intervention.

After treating the wounded, Babila went to the site of the disaster to try to start identifying the bodies of those who died in the crush.

“The aim was to identify as many dead in the field as possible, according to identification cards,” he explained.

But this was a difficult mission, as not only did some of the deceased not carry identification documents, but others had IDs with old photos, or in some cases, wounds so grave that identification through documentation was impossible, according to Haaretz. 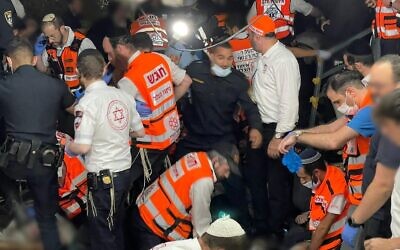 “You see corpses, you see people you have no chance of saving,” Babila said.

“At no point are you prepared for an event in which you must treat several dozens of patients and give instructions to medical staff — who will treat whom and to what the degree of treatment. Those are very difficult decisions to make,” Babila said.