CAIRO — Archaeologists hailed Thursday the discovery of “the largest” ancient city found in Egypt, buried under sand for millennia, which experts said was one of the most important finds since unearthing Tutankhamun’s tomb.

Famed Egyptologist Zahi Hawass announced the discovery of the “lost golden city”, saying the site was uncovered near Luxor, home of the legendary Valley of the Kings.

“The Egyptian mission under Dr. Zahi Hawass found the city that was lost under the sands,” the archeology team said in a statement.

“The city is 3,000 years old, dates to the reign of Amenhotep III, and continued to be used by Tutankhamun and Ay,” the statement added.

It called the find “the largest” ancient city ever uncovered in Egypt.

Betsy Bryan, Professor of Egyptian Art and Archaeology at Johns Hopkins University, said the find was the “second most important archeological discovery since the tomb of Tutankhamun”, according to the team’s statement.

Items of jewelry such as rings have been unearthed, along with colored pottery vessels, scarab beetle amulets, and mud bricks bearing seals of Amenhotep III.

“Many foreign missions searched for this city and never found it,” said Hawass, a former antiquities minister. 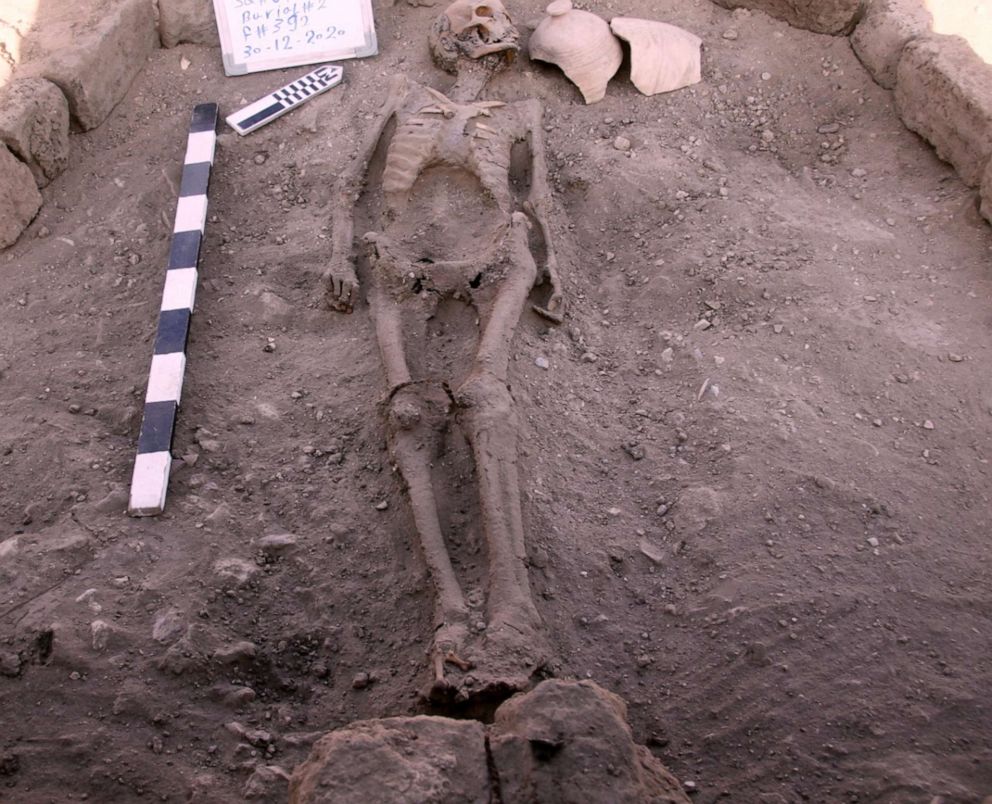 The team began excavations in September 2020, between the temples of Ramses III and Amenhotep III near Luxor, some 500 kilometers (300 miles) south of the capital Cairo.

“Within weeks, to the team’s great surprise, formations of mud bricks began to appear in all directions,” the statement read.

“What they unearthed was the site of a large city in a good condition of preservation, with almost complete walls, and with rooms filled with tools of daily life.”

After seven months of excavations, several neighborhoods have been uncovered, including a bakery complete with ovens and storage pottery, as well as administrative and residential districts. 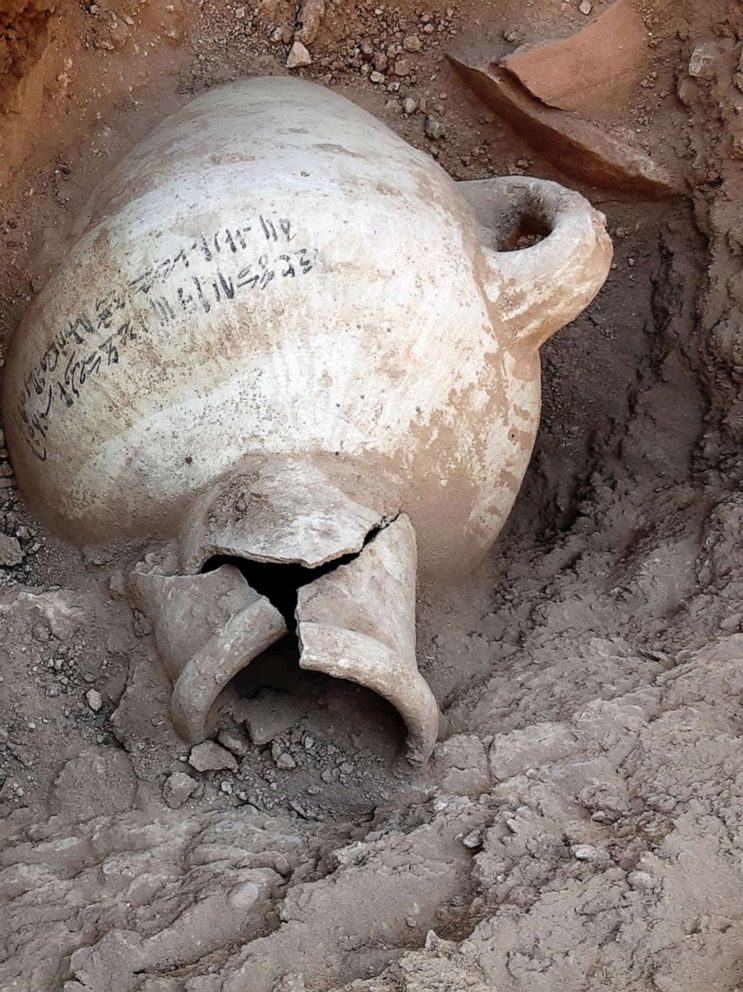 Amenhotep III inherited an empire that stretched from the Euphrates to Sudan, archaeologists say, and died around 1354 BC.

He ruled for nearly four decades, a reign known for its opulence and the grandeur of its monuments, including the Colossi of Memnon — two massive stone statues near Luxor that represent him and his wife.

“The archaeological layers have laid untouched for thousands of years, left by the ancient residents as if it were yesterday,” the team’s statement said.

Bryan said the city “will give us a rare glimpse into the life of the Ancient Egyptians at the time where the Empire was at his wealthiest.” 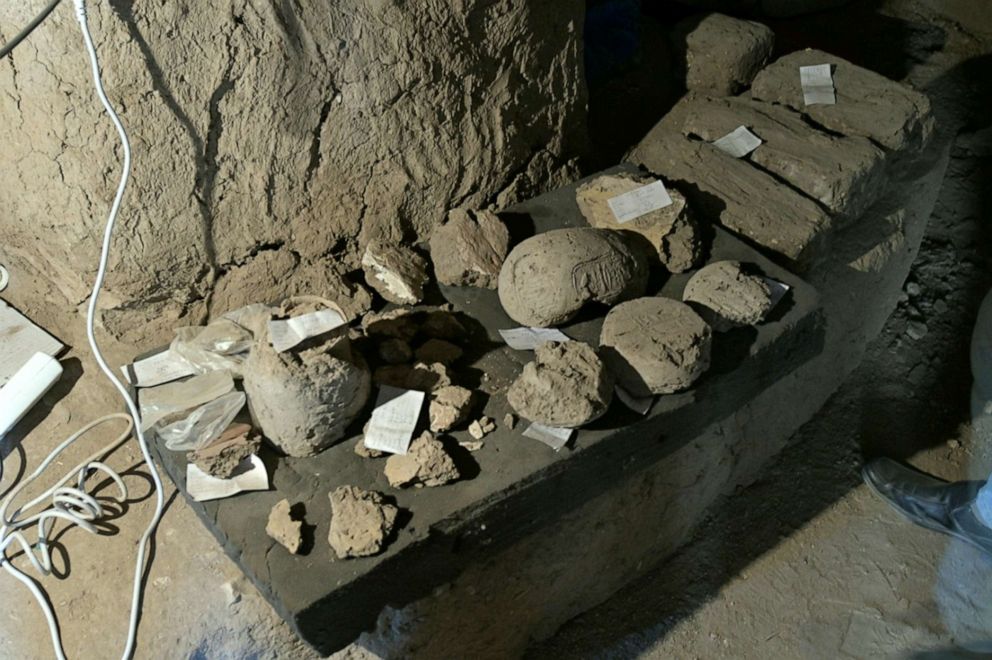 The team said they were optimistic that further important finds would be revealed, noting they had discovered groups of tombs reached through “stairs carved into the rock”, a similar construction to those found in the Valley of the Kings.

“The mission expects to uncover untouched tombs filled with treasures,” the statement added.

After years of political instability linked to a popular revolt in 2011, which dealt a severe blow to Egypt’s key tourism sector, the country is seeking to bring back visitors, in particular by promoting its ancient heritage.

Last week, Egypt transported the mummified remains of 18 ancient kings and four queens across Cairo from the iconic Egyptian Museum to the new National Museum of Egyptian Civilisation, a procession dubbed the “Pharaohs’ Golden Parade.” 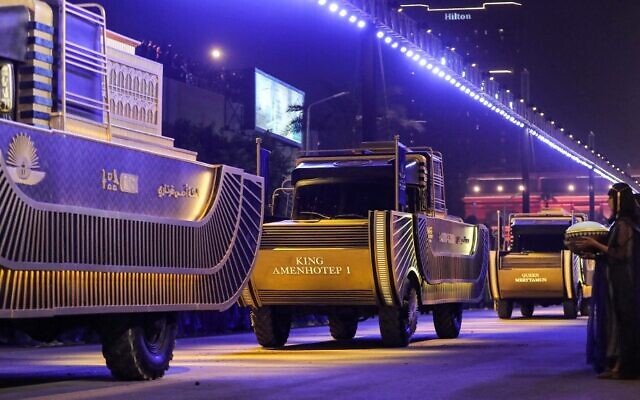 The (C) float carrying the mummy of Pharaoh Amenhotep I (1525-1504 BC) advances as part of the parade of 22 ancient Egyptian royal mummies departing from the Egyptian Museum in Cairo’s Tahrir Square on April 3, 2021, on their way to their new resting place at the new National Museum of Egyptian Civilization.(Photo by Mahmoud KHALED / AFP)

Among the 22 bodies were those of Amenhotep III and his wife Queen Tiye.