“This isn’t a routine or normal opening. This is the first time in years that the Rafah border crossing is opening indefinitely,” the source told AFP.

“It used to open only three or four days at a time,” he noted.

The Rafah border crossing, the sole pedestrian passageway between Egypt and Gaza, was mainly shuttered due to a high level of mistrust between Cairo and the leadership of Hamas, the terror group that rules the Strip.

Palestinians wait by luggage at the Rafah border crossing’s departure area to travel from the Gaza Strip into Egypt, on February 9, 2021 (SAID KHATIB / AFP)

For a substantial part of the past decade, Egypt kept the Rafah crossing closed to Palestinians hoping to leave and enter the enclave, but in August 2018 Cairo decided to permit the crossing to be opened on a regular basis in both directions.

Rafah is the only passage to the outside world for Gaza that is not controlled by Israel, which maintains that its blockade of the Strip is crucial for preventing the entry of weapons into the territory.

The opening of the Rafah crossing came on the second day of talks between Palestinian factions in Cairo aimed at clearing the way for the first elections in the West Bank and Gaza Strip since 2006.

Palestinian Authority President Mahmoud Abbas issued a decree in mid-January ordering three successive rounds of national elections. The first round — for the currently defunct Palestinian legislature — is set to be held on May 22.

Observers are skeptical that elections will indeed happen, as several election promises have fallen by the wayside since the last Palestinian national elections were held in 2006. 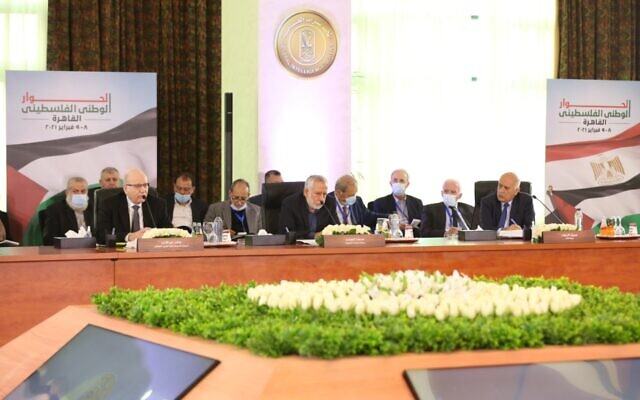 Palestinians have not held a national election since 2006, when a Hamas landslide in the Palestinian parliament led to an unstable unity government between Fatah and the terror group.

That emergency government has remained the status quo. Previous announcements of a return to the ballot boxes have flopped, leading to deep cynicism about the process.