European political leaders joined a chorus of consternation Monday over revelations regarding the wide reach of malware sold by Israeli firm NSO, which was allegedly used to target journalists, activists and politicians in dozens of countries.

European Commission chief Ursula von der Leyen said the reports of NSO Group’s activities were “completely unacceptable” if true and opposition lawmakers in Hungary’s parliament demanded an inquiry regarding Budapest’s use of the Pegasus spyware to spy on journalists, politicians and business figures who had expressed criticism of the government.

“What we could read so far, and this has to be verified, but if it is the case, it is completely unacceptable,” von der Leyen told reporters in Prague.

Media outlets including The Washington Post, The Guardian and Le Monde drew links Sunday between the NSO Group, accused of supplying spyware to governments, and a list of tens of thousands of smartphone numbers, including those of activists, journalists, business executives and politicians around the world.

“Free press is one of the core values of the European Union,” she said after meeting Czech Prime Minister Andrej Babis.

The investigation, drawing from a list of more than 50,000 cellphone numbers obtained by French nonprofit journalism organization Forbidden Stories and the human rights group Amnesty International, identified more than 1,000 individuals in 50 countries who were allegedly selected by NSO clients for potential surveillance.

The malware, Pegasus, infiltrates phones to vacuum up personal and location data and surreptitiously control the smartphone’s microphones and cameras. In the case of journalists, that lets hackers spy on reporters’ communications with sources.

NSO has denied any wrongdoing.

The investigation by the global media consortium also suggested that military-grade spyware from NSO Group was used in Hungary to infiltrate the digital devices of a range of targets — including at least 10 lawyers, one opposition politician and at least five journalists.

The results of the investigation prompted three members of Hungary’s parliamentary national security committee to call for an emergency session to question government agencies on their potential involvement in the spying.

Janos Stummer, the committee’s chairman and a lawmaker from the right-wing opposition party Jobbik, told The Associated Press that the surveillance described by the investigation is “not permissible in a state governed by the rule of law.”

The committee will question Hungary’s national security and intelligence agencies on the allegations, he said, adding that a majority of seats on the committee are held by governing party lawmakers who could potentially block the inquiry by boycotting the session.

“Our perspective is that staying silent would essentially be an acknowledgement that the government is indeed involved in this,” Stummer said. 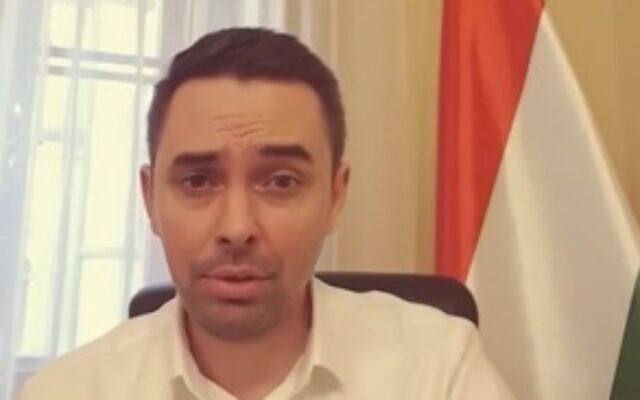 The Guardian, part of the 16-member media consortium that conducted the investigation, reported that forensic analysis revealed that the phones of two journalists with Hungarian investigative outlet Direkt36 had been repeatedly infected by the malware.

NSO Group denied in an emailed response to AP that it has ever maintained “a list of potential, past or existing targets.” In a separate statement, it called the Forbidden Stories report “full of wrong assumptions and uncorroborated theories.”

A spokesperson for the Hungarian government earlier denied knowledge of any data collection. Neither the government’s international communications office nor the Ministry of Justice immediately responded to requests for comment.

The allegations of government spying come amid a rapid deterioration in press freedom and plurality in Hungary. Since Prime Minister Viktor Orban and his governing Fidesz party took power in 2010, the country has slipped from 23 to 92 in the World Press Freedom Index ranking. 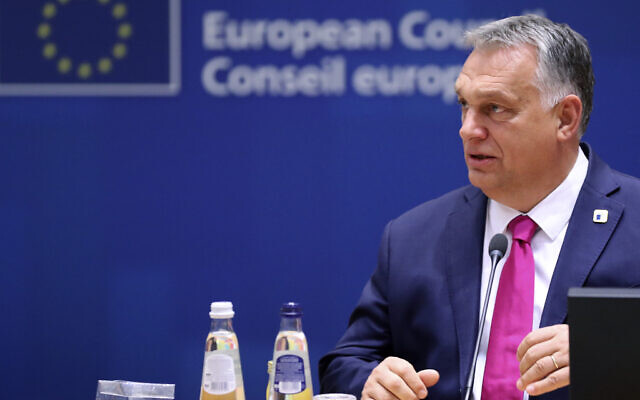 Earlier this month, press watchdog Reporters Without Borders placed Orban on its list of “predators,” the first time a Western European leader appeared in the lineup of heads of state or government who “crack down massively” on press freedom.

Peter Ungar, a member of Hungary’s national security committee with opposition green party LMP, told the AP that the committee would seek to determine whether the individuals identified by the investigation had indeed been under surveillance.

It would also inquire into who authorized the surveillance and on what grounds, and what was done with the collected data, he said.

“If any part of this is true, even half of it, it’s one of the deepest national security scandals I have seen,” Ungar said.