The foreign ministers of Germany, the Czech Republic, and Slovakia landed in Israel Thursday in a show of solidarity as fighting continues with Hamas in the Gaza Strip.

“I would like to thank the German government, which supported Israel from the start of this round of fighting, condemned Hamas terror, and emphasized Israel’s right to defend itself and its civilians,” said Ashkenazi, speaking in Hebrew.

“This round is not like previous rounds,” he said. “The Hamas missile attack on Israel broke out because of a brutal attempt by Hamas to strengthen its political position and to take over the Palestinian agenda and the leadership of the Palestinian Authority.”

Ashkenazi also said that “most of the international community” has stood behind Israel during the fighting.

The German envoy said his visit was meant to show solidarity with Israel.

“Israel has the right to defend itself,” he declared.

Maas added that Germany supported efforts for a ceasefire, and had spoken with the US, Egypt, and others to help end the fighting.

“We are following with concern the humanitarian situation in Gaza, and are aware of Israel’s efforts to send in humanitarian aid to residents of Gaza,” he said.

Maas was taken to a security briefing in the central city of Petah Tikva with Gen. Ori Gordin, head of the IDF Home Front Command.

Maas, Gordin, and Ashkenazi then visited a bombed-out building in the city that was hit by a rocket fired from Gaza, accompanied by Czech Foreign Minister Jakub Kulhanek and Slovakian Foreign Minister Ivan Korcok, who landed later in the afternoon. 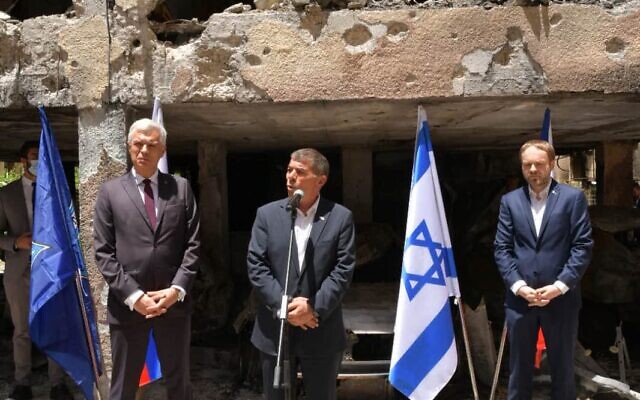 “I am speechless after I witnessed the destruction and terror that Israel has experienced,” said Kulhanek.

“During this time, Israel needs its friends in the world, and we are here to show our strong and enduring friendship,” he continued. “Israel has the full right to defend its citizens.”

Kulhanek added that he believes that fighting will end quickly, and that Czech tourists would be able to visit Israel again.

“We are true friends,” said Korcok, the Slovakian envoy, “and we came here to show the strength of the friendship between the countries.”

“Hamas fire must stop,” he added. “Israel has the full right to defend itself.”

Ashkenazi thanked his counterparts for the support their countries were demonstrating back home. “The fact that the Israeli flag flies today over the Czech Foreign Ministry building and over the Bratislava municipality building is not to be taken for granted, and it warms the heart,” he said. 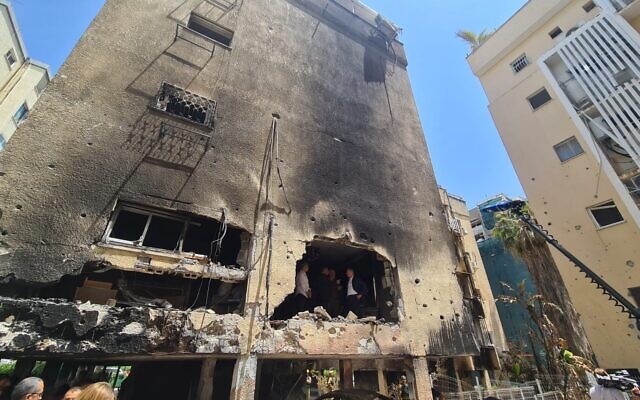 Unnamed Israeli officials told the Walla news site Thursday that they expect a breakthrough in Gaza ceasefire talks within the coming 24 hours.

There was no comment from the Prime Minister’s Office on the report.

Senior officials told the outlet that Egyptian mediators are leading the discussions and are in direct contact with the leadership of the Hamas terror group in the Gaza Strip.

Meanwhile, Wennesland traveled to Doha to meet with Hamas leaders who are living there and have some influence on the situation.