STRASBOURG, France (AFP) —  The European Court of Human Rights ruled on Thursday that obligatory vaccinations can be seen as necessary in democratic societies, in a landmark judgment after a complaint brought by Czech families over compulsory jabs for children.

This is the first time that the ECHR has delivered a judgment about compulsory vaccination against childhood diseases.

Experts say it could have implications for any policy of compulsory vaccinations against COVID-19.

The Czech cases were lodged in 2013-2015, well before the current pandemic.

“The… measures could be regarded as being ‘necessary in a democratic society,’” the court ruled, saying that the Czech health policy was consistent with the “best interests” of children.

“The objective has to be that every child is protected against serious diseases, through vaccination or by virtue of herd immunity,” it added.

As a result, the court ruled there had been no violation of Article 8 on the right to respect for private life of the European Convention on Human Rights.

The decision was by the court’s Grand Chamber and cannot be appealed.

This judgment “reinforces the possibility of a compulsory vaccination under conditions of the current COVID-19 epidemic,” Nicolas Hervieu, a legal expert specializing in the ECHR, told AFP.

The judgment endorses “the principle of social solidarity which can justify imposing vaccination on everyone, even those who feel less threatened by the disease, when it comes to protecting the most vulnerable people,” added Hervieu, who teaches at Sciences Po in Paris.

In the Czech Republic, there is a general legal duty to vaccinate children against nine diseases, including diphtheria, tetanus, whooping cough, hepatitis B and measles.

The case had been filed with the ECHR by Czech parents who were fined for failure to comply with this vaccination duty or whose children were denied admission to nursery school for the same reason. 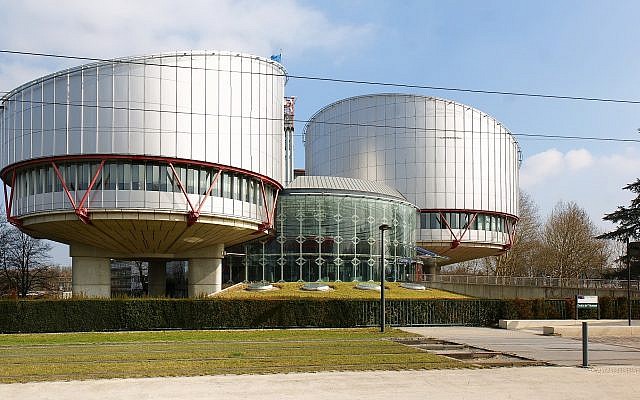 The building of the European Court of Human Rights in in Strasbourg, France, March 13, 2012. (CC BY-SA Wikimedia commons)

The applicants had alleged that the consequences of noncompliance were incompatible with their right to respect for their private life.

The court said the obligatory vaccination policy was “in a reasonable relationship of proportionality to the legitimate aims” of the Czech state.

The court found that the Czech authorities “pursued the legitimate aims of protecting health as well as the rights of others.”

It noted that “vaccination protects both those who receive it and also those who cannot be vaccinated for medical reasons and are therefore reliant on herd immunity for protection against serious contagious diseases.”

The need for a large level of herd immunity to quell the COVID-19 pandemic has prompted debate about the need for possible compulsory vaccinations in the face of skepticism among some populations worldwide about inoculations.