The evidentiary stage of Prime Minister Benjamin Netanyahu’s corruption trial, when he will be expected in court three times a week, is likely to be delayed until after the March 23 election, several legal pundits predicted Monday night, following the premier’s second appearance in court.

Under heavy security and after several delays due to the coronavirus lockdown, Netanyahu arrived Monday morning at the Jerusalem District Court for a much-anticipated hearing in the corruption trial.

According to both the Kan public broadcaster and Channel 13’s legal analysts, comments from the judges suggested that a further delay was on the way, despite the chief judge in the case saying that the court “should have heard evidence long ago.”

Netanyahu’s lawyers said the massive scale of the arguments and allegations in the case required a delay in the start of the evidentiary stage, and asked for that phase to only begin in three or four months. The defense is also arguing that the lack of formal, written approval by Attorney General Avichai Mandelblit for the opening of the probes discredits the cases against the premier.

The judges said they would consider whether to accept the request for a delay, but only after another hearing on Mandelblit’s approval of the probes.

Speaking after appearing in court to formally deny the charges against him, Netanyahu warned that it would be a “crude intervention in the elections” if the evidentiary phase of the trial were to go ahead before the national vote, which is scheduled to take place in just six weeks’ time.

“I think everyone knows the cases against me are fabricated. But we learned today that they’re not even completed fabrications. Lots of things are missing, even from the prosecution’s point of view,” Netanyahu said at a press conference in Jerusalem alongside the Greek prime minister.

“It doesn’t seem to me that they’ll hurry [in court] to the evidentiary stage before the elections. In any case, that would be seen — even if that’s not the intention — as crude intervention in the elections,” he said.

According to Kan, Netanyahu has also ordered senior members of his Likud party to call publicly for the trial to be further delayed. 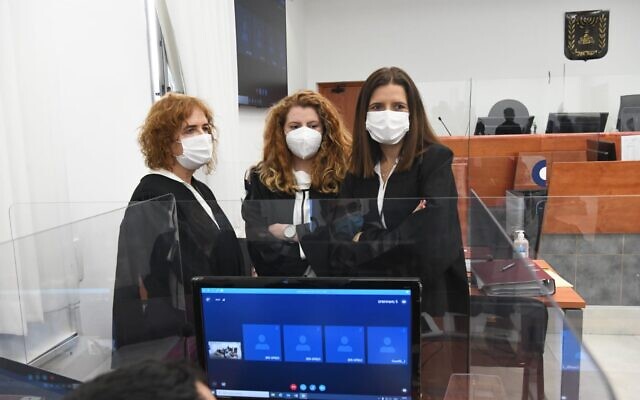 Prosecutor Liat Ben-Ari (left) with colleagues at the trial of Prime Minister Benjamin Netanyahu at the District Court in Jerusalem, February 8, 2021. (Reuven Kastro/POOL)

Rivka Friedman-Feldman, the presiding judge, nonetheless noted toward the end of the hearing that the trial was lagging far behind schedule.

“This case should have started months ago. It didn’t start because of the coronavirus; we wanted to be responsible and not to gather too many people,” she told the defense lawyers. “In essence, you’re asking to defer the evidentiary stage by six months. We should have heard evidence long ago, Why are we seeking to press on, you ask? Because it’s been a year since the indictment was filed.”

Signifying an effort to keep the process moving, judges asked the prosecution Monday night to prepare all the findings relevant to Ilan Yeshua, a central witness in Case 4000, the most serious of the three in which the prime minister faces charges, Channel 12 reported.

But, the report noted, the judges also said the sides needed to schedule a date for the defense and prosecution to meet and agree on which witnesses of the 333 listed in the indictment can be canceled, in order to make the proceedings more efficient. Such a move is expected to slow down the process significantly. 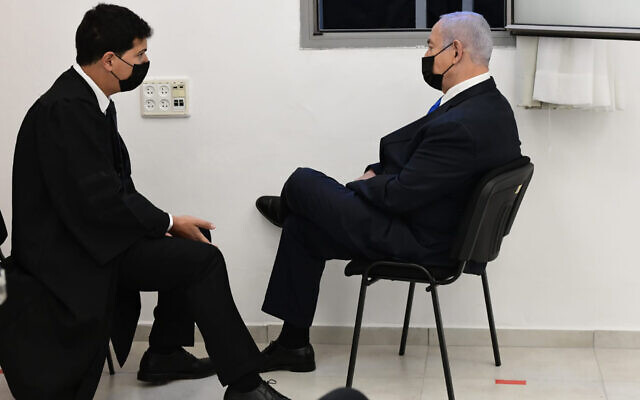 Prime Minister Benjamin Netanyahu (R) speaks with his lawyer Amir Hadad prior to a hearing at the Jerusalem District Court, February 8, 2021. (Reuven Castro/AP) In parts of the Gulf, amid Israel ties, Jewish life comes out of the shadows