In the first testimony of Prime Minister Benjamin Netanyahu’s trial on Monday, the former CEO of the Walla news website recounted in detail how he was instructed by his bosses and people close to Netanyahu to skew the site toward positive coverage of the premier and criticism of his rivals — and said he believed those instructions were part of a quid pro quo deal between Netanyahu and the site’s owners.

Ilan Yeshua told the Jerusalem District Court that instructions regarding what Walla should and should not report came from the owners Shaul and Iris Elovitch as well as others, including the prime minister’s media adviser and the spokesman of his Likud party.

But he told the court that he believed the orders originated directly with the prime minister, and that Shaul Elovitch was also benefitting from the arrangement. Yeshua based his conclusion on feedback he received on the extent to which Netanyahu or his wife, Sara, were satisfied with the changes, and because explicit instructions were given to change content that dealt with upcoming legislative issues that had implications for Elovitch.

Yeshua was being questioned by Prosecutor Yehudit Tirosh. His testimony is considered a key element in Case 4000, one of three sets of charges against Netanyahu, and the most serious case he faces.

In Case 4000, in which Netanyahu is accused of bribery, fraud and breach of trust, prosecutors claim that the favorable coverage was part of a quid pro quo in exchange for regulatory favors for the Elovitches, who also controlled the Bezeq telecommunications firm.

“Shaul, Iris, Nir [Hefetz], Zeev [Rubinstein], Shai Haik made statements or comments that ‘she was happy,’” referring to Sara Netanyahu “or ‘they were pleased,’” Yeshua said, referring to the Elovitch couple and others close to the prime minister.

Yeshua said there were also cases in which the Elovitches explicitly called for articles critical of the premier to be taken down because of an upcoming regulatory decision and that there was a clear exchange taking place.

“Elovitch would say, ‘Take that down, tomorrow he needs to sign off on Yes,’” Yeshua recalled, referring to a satellite television company under Bezeq.

Yeshua also recounted that at one point he was told by Elovitch to fire a chief editor, Tali Ben Ovadia, shortly after she was hired because she was seen as anti-Netanyahu due to something she had written.

He said he was told to “move her or throw her out,” he told the court.

Netanyahu was in the courtroom at the start of the session to hear the state’s opening statement, made by lead prosecutor Liat Ben-Ari. He left before Yeshua took the stand after being granted permission to do so. Yedioth Ahronoth publisher Arnon Mozes, another defendant in the trial but in a different case, likewise left, but the Eloviches remained.

Yeshua said that from around 2013 he was instructed to play down negative articles about Netanyahu and his wife Sara and to boost stories that helped the premier.

In addition, he said he was told to “put out negative stories against rivals of the prime minister, like Bennett, Naftali Bennett.” Bennett, who leads the Yamina party, was at the time head of Jewish Home. “We put out a series of articles against Bennett and his wife.”

Former housing minister Uri Ariel and former justice minister Ayelet Shaked, both of Jewish Home at the time, were also targeted, he said.

“Did you know why?” prosecutor Tirosh asked him.

“Because that’s what the prime minister wants. That was the explanation that was given,” Yeshua responded.

Asked by the prosecutor why the website was allegedly also beholden to the demands of Sara Netanyahu, Yeshua explained that Shaul and Iris Elovitch believed that in order to get favors from the prime minister, it was necessary to keep his wife happy. 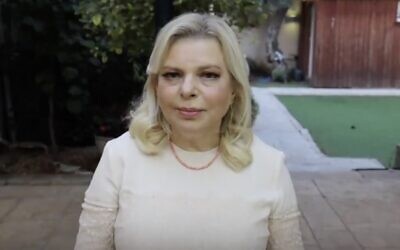 After Tirosh asked the question about Sara, Yeshua hesitated before answering, prompting one of Netanyahu’s lawyers, Amit Hadad, to say wryly, “One moment, it takes time to make something up.”

Yeshua said that while other politicians also sometimes requested positive coverage or try to get negative articles played down, the requests from the prime minister were on a totally different scale.

“Over the course of years, the numbers of requests from other politicians equaled a week from the prime minister and his wife,” he said.

Yeshua said he and the former editor in chief of the news outlet, as well as other senior staff, developed a number of nicknames and codewords to discuss Netanyahu and the skewed coverage that the website gave to him.

In addition, the former editor of Walla, Yinon Magal, would tell Yeshua that he was “delivering a kebab” when a positive news story was due to be published, while a “kebab with paprika” was the code for a negative story.

Netanyahu’s lawyers interrupted the proceedings in an attempt to object to some of Yeshua’s comments and cross-examine him. The judges blocked the effort, saying the premier’s legal team would have a chance to respond after the testimony, not during it.

“How much can you lie?!” she shouted from the back of the courtroom as Yeshua testified. The Elovitches’ attorney calmed her down and later said her client apologized. She also asked that the prosecution clearly state when an allegation was being leveled against Iris Elovitch and when it was against her husband Shaul, as there had been cases of the two defendants being lumped together in the claims. 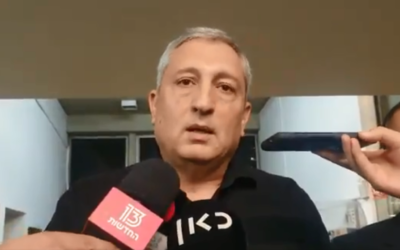 Aside from instructions from the Elovitches, Yeshua said requests also came from the Prime Minister’s Office through emails and text messages.

He listed people from the Prime Minister’s Office and the premier’s inner circle who acted as intermediaries between the Netanyahus and the Walla news site.

The first of these conduits was a friend of the Netanyahus, the tycoon Zeev Rubinstein, who would direct the outlet to write about various topics or to take down articles that the premier and his family didn’t like.

He said initially directives would come through Elovitch, but eventually he got those orders from the premier’s office directly.

“I would get it from [Netanyahu’s media adviser Nir Hefetz] and then get it a minute later from Shaul [Elovitch]. It became clear to me that I had to do what [Hefetz] asked me to,” he said, noting that he eventually stopped waiting for the order from Elovitch.

“I would know what to do,” Yeshua said, recalling that Hefetz was referred to as the “Rottweiler.”

There were constant fights about the demands, he said, but “90 percent” of them were accepted in the end.

Instructions included not being allowed to write any stories about allegations of impropriety by the premier and his allies in the purchase of submarines from Germany, a wide-reaching corruption case that has touched several of Netanyahu’s close confidants, although investigators have said the prime minister himself is not a suspect. 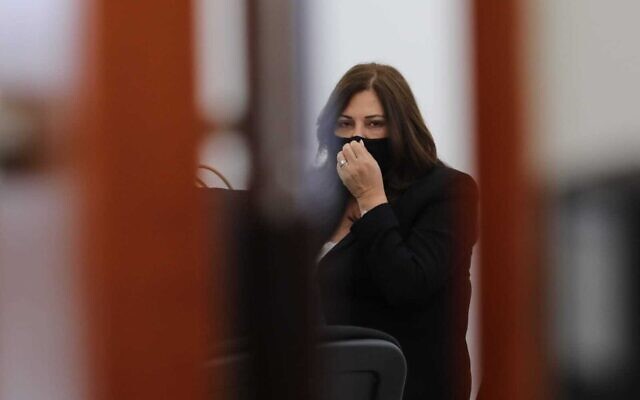 Iris Elovitch, one of the defendants, attends a session of Prime Minister Benjamin Netanyahu’s trial for corruption at Jerusalem District Court on April 5, 2021. (Oren Ben Hakoon/Pool)

On one occasion, there was an attempt to make up a story about sexual harassment relating to investigative journalist Avner Hofstein. Hofstein currently reports for The Times of Israel’s Hebrew-language sister site, Zman Yisrael, but at that time worked for Army Radio.

Netanyahu’s attorneys objected to that allegation, saying it did not appear in the indictment or other paperwork submitted by the prosecution. 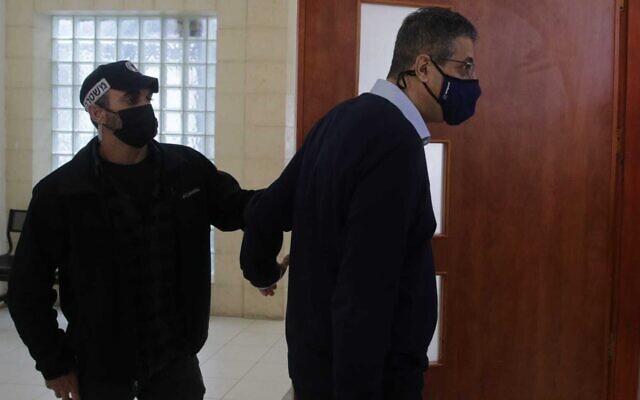 Yeshua also recalled a specific case in which Walla was instructed to write a negative article about then-agriculture minister Uri Ariel, but the story didn’t meet the news outlet’s editorial policies as the reporters could not get it confirmed and Ariel had denied the allegations against him. He said this led to a follow-up conversation with Elovitch, who Yeshua said had spoken to Netanyahu.

After that incident, Iris Elovich became a kind of “super editor” controlling the site’s coverage, he said.

Netanyahu, not in court anymore, responded to Yeshua’s testimony in a tweet that linked to an article on the Mida website, published in 2018, which claimed that a review of Walla’s website editorials during the period of December 2014 to March 2015, when elections were held, showed 17 were negative about Netanyahu or his Likud party, and only six favorable.

Netanyahu denies wrongdoing in the cases, in which he has been charged with accepting improper gifts and seeking to trade regulatory favors with media moguls in exchange for positive coverage.