Cohen, who was forced out of his tenured position at Hebrew Union College in 2018 after allegations of sexual assault and harassment, has never refuted the allegations. While stripped of all official titles, roles and affiliations with Jewish and academic institutions, he has never faced criminal charges or civil lawsuits. And so his name and profile faded — until last month when word got out that he, at the instigation of several other senior scholars in Jewish studies, was a central figure in private, invitation-only gatherings on Zoom discussing the study of American Jewish life.

While outraged these meetings occurred, several female scholars said it’s important to consider the broader implications of spotlighting Cohen, including workplace power dynamics, and, perhaps most importantly, whether people can be rehabilitated after serious allegations of misconduct.

Prof. Sylvia Barack Fishman, Emerita Professor of Contemporary Jewish Life at Brandeis University, was one of the scholars who organized the gatherings with Cohen.

In an email interview, she said they were simply private continuations of decades of discussions between longtime older friends “during the lengthy social isolation of the COVID pandemic. Occasionally we invited two or three colleagues to join us.”

Using the Hebrew word for repentance, Rabbi Danya Ruttenberg, said, “Whether those on the calls were trying to rehabilitate Cohen on the quiet is moot because Cohen himself has yet to do teshuva.”

“Maimonides was not loosey goosy about it; the steps for teshuva are pretty concrete. You need to do the work and take responsibility. You need to make amends, apologize and then show your ability to make different choices the next time,” said Ruttenberg, scholar in residence at the National Council for Jewish Women.

While Ruttenberg didn’t participate in the Zoom meetings, she knows several of the women who accused Cohen of misconduct. Currently, she’s writing a book about religious Jewish penitence.

Joining Fishman in the closed-door meetings was Jack Wertheimer, a history professor at the Jewish Theological Seminary and Steven Bayme, a staff member at the rabbinical seminary Yeshivat Chovevei Torah.

Some participants who were involved in the conversations have since said they regret their participation.

“To set the record straight: I have before, and do again, condemn Steven M. Cohen’s actions. I believe his accusers. I share in the pain felt by those he has hurt,” Smokler said in a statement. “I encourage him to make amends and complete his process of teshuva fully and effectively. I now recognize my participation in these conversations came across to many as insensitive and I apologize for doing so.” 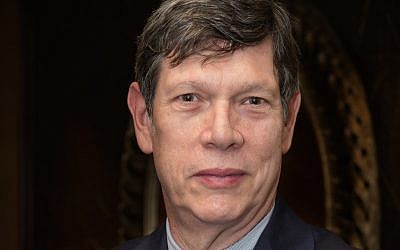 When word leaked about the meetings, the response from the Association of Jewish Studies Women’s Caucus (AJSWC) was swift and scathing.

“This attempt to re-center and rehabilitate a disgraced and ostracized scholar has real consequences. The Women’s Caucus views these efforts as unacceptable and deeply troubling, because they jeopardize the position of junior and contingent scholars as well as re-victimizing women targeted by Cohen,” read a statement by the women’s caucus.

“When junior scholars or those with contingent appointments are asked to participate in such meetings by those who have power within the field — either through the control of press series or editorships, or through decision making in hiring and promotion processes — they may have little choice but to participate. This has real implications for the functioning of our field and the position of rising scholars, especially women, within it,” the statement continued.

Acknowledging that the scholars involved are free to speak with whom they wish, the women’s caucus said it was alarmed at the way these “off the record” gatherings might pose a detriment to early career scholars. 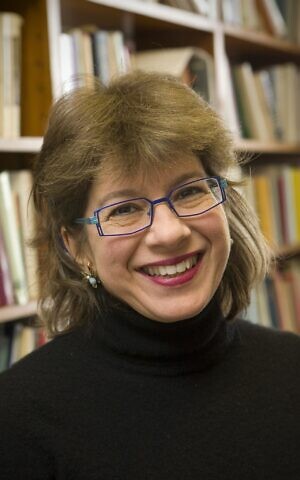 “I got a lot of phone calls from upset colleagues,” Heschel said. “They felt the conversations posed the problem of ‘If I was invited and don’t go, will they blackball me? Will it threaten my career?’”

One female scholar who spoke to The Times of Israel on condition of anonymity out of fear of reprisals said Cohen mentored her, as did many rising female academics. In fact, she once thought of him as a feminist ally.

While she said she understands people want to talk with those whom they find interesting, she’s baffled they chose to speak with an admitted sexual harasser.

“Either people did not recognize how serious his misdeeds were, or they minimized what he did. Either scenario is not good,” she said.

Women who have experienced workplace harassment, which includes non-consensual sexual acts as well as other forms of discriminatory abuse, can suffer from negative mental and physical health, lost wages and missed job opportunities, according to advocacy organizations including the National Women’s Law Center.

“There is the psychic burden of sexism and academia is fraught with it. I know this from being the first and only woman in my department, or being the first time a male graduate student has a female professor — they don’t know how to deal with women who outrank them,” Heschel said.

Soon after the AJSWC released its statement, the AJS executive board issued its own. While conceding that the conversations with Cohen might have been hurtful, it defended the right of its members to “engage in scholarly discussion, debate, and argument with Steven M. Cohen… These members have done so as private individuals outside the sponsored programs and activities of the AJS.”

The executive board didn’t respond to queries from The Times of Israel.

With so many competent scholars to choose from, the issue isn’t about academic freedom or the right to debate the issues… Why would you want to come to a table set up that serves his interests?

“To me it is disappointing by stressing that this ‘opens wounds’ rather than by emphasizing that it is another aspect of power being exerted on those asked to join these ‘private’ groups,” she said. “Additionally, with so many competent scholars to choose from, the issue isn’t about academic freedom or the right to debate the issues… Why would you want to come to a table set up that serves his interests?”

Rachel Hallote, a professor of history and coordinator of the Jewish studies program at SUNY in Purchase, New York, said she sees nothing surprising about the Cohen sessions.

“I understand the problems. This is not a Jewish academic issue. There is nothing different than any other part of the Me Too movement and should be called out,” said Hallote, who isn’t currently a member of AJS.

Organizations should sign a no harassment clause for conferences and other gatherings. Additionally, Ruttenberg said, organizations can consider censuring those who participate in anything that “lifts up harm.”

“There should be no neutrality. Lifting up the ideas of an unrepentant abuser sends a message that survivors don’t matter,” Ruttenberg said.