Data released by the Health Ministry on Sunday morning showed coronavirus transmission rates back on the rise and a spike in the percent of tests coming back positive, as a military task force report warned of an increase in the number of new patients hospitalized in serious condition.

Israel’s basic reproduction number, or the rate of new cases stemming from each coronavirus infection, stood at 1.06 as of November 11 — a rate many experts believe is too high for the country to continue to ease restrictions.

The Health Ministry also said 2.8 percent of samples taken on Saturday came back positive. The positivity rate has generally hovered around the 1.5% mark over the past few weeks, having reached a high of 15% in September.

There were 15,060 tests carried out on Saturday, down from highs of 40,000-50,000 daily tests last week. Testing rates generally drop over the weekend.

According to the Health Ministry, 415 new coronavirus cases were recorded Saturday, which along with another 57 cases so far on Sunday brought the number of infections in Israel since the pandemic began to 328,583.

Of the 8,479 active cases, there were 313 people in serious condition, including 131 on ventilators. Another 86 people were in moderate condition and the rest had mild or no symptoms.

The figures came as the country’s military-run coronavirus taskforce on Sunday warned that for the first time in a month and a half, the previous week had seen a rise in the number of patients hospitalized and those newly defined to be in serious condition.

The taskforce said that a continued easing of restrictions would lead to a rise in the morbidity rate.

The transmission rate rose above 1 in the last days of October for the first time since a national lockdown began to be rolled back earlier in the month, and continued to rise before slackening slightly in early November. The figures released Sunday, which are based on new case numbers from 10 days earlier due to the virus’s incubation period, showed the figure on the rise again.

On October 15, the coronavirus cabinet decided that the lockdown exit should only start if the transmission rate is under 0.8. Under the Health Ministry’s plan, rollback measures are supposed to be halted if the rate rises. A transmission rate of over 1 indicates that the case numbers will begin to expand exponentially. 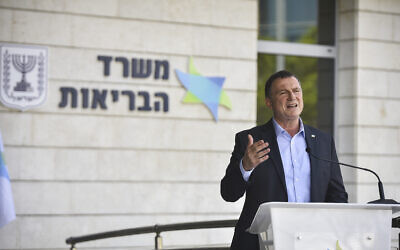 Health Minister Yuli Edelstein said Sunday he supported a return to school for all grades in cities with low infection rates, but only if it is not in concert with other openings.

The minister expanded on the point in an interview with Army Radio.

“We can’t open everything. We don’t want to reach the point of a third lockdown, but if we continue on this path that is the point we will reach,” Edelstein said.

The comments came after reports said the Health Ministry had dropped its previous opposition and plans to support a return to school for all grades in cities with low infection rates — so-called “green zones.”

The matter had been expected to go up for discussion on Sunday evening, at a meeting of the coronavirus cabinet. However, late on Saturday it was announced that the meeting would be delayed to Monday, apparently to allow more work to be done by ministries before ministers convene. 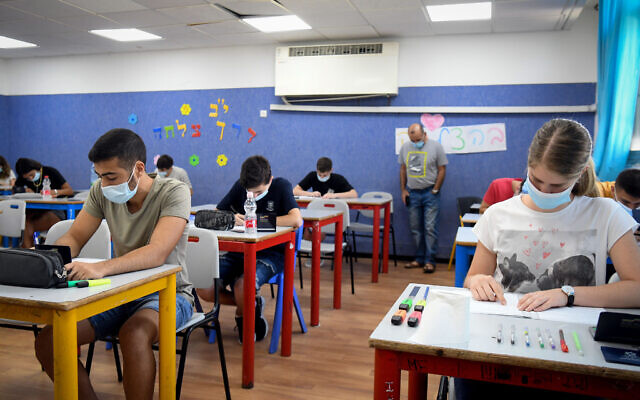 Currently, grades 1-4 are back in class, with grades 5-6 expected to join them on Tuesday, and grades 11-12 to return to the classroom a week later. Grades 7-10 are continuing distance learning.

Edelstein also said on Sunday that despite the latest deals struck for vaccines with pharma companies Pfizer, Moderna, AstraZeneca and Arcturus, Israel was continuing negotiations with other companies developing shots.

“We are trying to ensure that all or most of [the companies] will have a contract with Israel,” Edelstein told Kan. “My mission is to be prepared for every citizen who wants to be vaccinated to be able to get it.”

However, the health minister pushed back against reports last week that he was examining the possibility of a law mandating citizens to receive the vaccine.

“I have never wanted to make a compulsory vaccination law. It was a wild defamation of someone in the media,” Edelstein said. 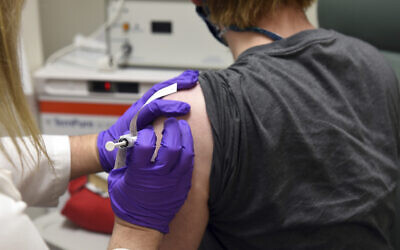 With the latest deals, Israel is expected to have doses for 12 million people — enough vaccines for everyone in the country.

However, none of the deals guarantee a deadline for the arrival of the agreed-upon vaccines, and with mass global demand, it is still not clear how many vials Israel will get, and when.

And though all the companies are in various advanced stages of development and testing, no vaccine has so far been approved for general use by regulators in the US and Europe.

Channel 12 reported that since Israel signed its latest major deal — with AstraZeneca — long after the US and Europe, it is likely to be at the bottom of the waiting list and see significant delays in supply.

Israel is also in talks with Russia to receive its Sputnik V vaccine, though some experts have questioned its opaque certification process. 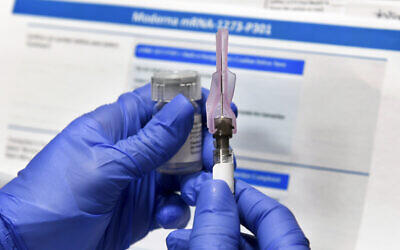 In this July 27, 2020, file photo, a nurse prepares a shot as a study of a possible COVID-19 vaccine, developed by the National Institutes of Health and Moderna Inc., gets underway in Binghamton, N.Y. (AP Photo/Hans Pennink, File)

Pfizer said Friday it is asking US regulators to allow emergency use of its COVID-19 vaccine, starting the clock on a process that could bring limited first shots as early as next month.

Moderna is also expected to seek emergency authorization within weeks

AstraZeneca is not as far along in the process, but the company announced Thursday that in initial trials its vaccine has shown to safely produce a robust immune response in healthy older adults.

Israel is also working on a homegrown vaccine, though it is currently only in phase 1 trials and its development is expected to take months longer than the foreign candidates.