ABU DHABI, United Arab Emirates — While some companies at the International Defence Exhibition and Conference are showing off their drones — as surveillance aircraft, loitering munitions or swarms — a few have countermeasures on display, including high-energy laser systems and smart missiles.

SkyKnight, which was unveiled at IDEX, is a radar-equipped missile made by Emirati defense company Halcon set to be integrated into the German Oerlikon air defense system, made by Rheinmetall. SkyKnight is the first missile system able to counter rockets, artillery and mortars designed and manufactured in the United Arab Emirates. The counter-drone system was designed to mitigate modern threats such as rotary-wing aircraft, UAVs, rockets, artillery, mortars and other fixed-wing aircraft at a range of up to 10 kilometers.

“The system is able to detect, track and neutralize small-sized threats,” Halcon CEO Saeed Al Mansoori told Defense News. “It is not a joint venture, we are not participating in the technology; they already have air defense systems and we already have our missile and canister. … We are just integrating the systems together.

The UAE has already committed to buying the SkyKnight, but the system is four years away from target demonstrations. 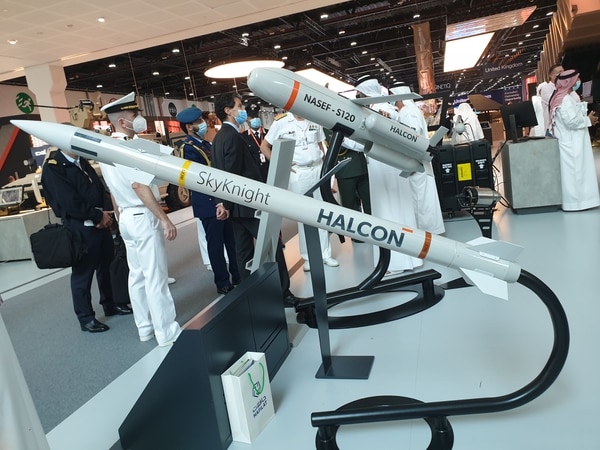 SkyKnight, which was unveiled at IDEX 2021, is a radar-equipped missile made by Emirati defense company Halcon. (Agnes Helou/Staff)

Meanwhile, at the Emirati International Golden Group’s booth, a system of systems prototype is on display, featuring a radar on top and electronic warfare technology, among other capabilities. The platform is an Israeli counter-drone system made by Skylock, a subsidiary of Avnon Group.

Emirati company officials did say the system will undergo testing after IDEX concludes so the UAE’s security services, land forces and border security can consider procurement. 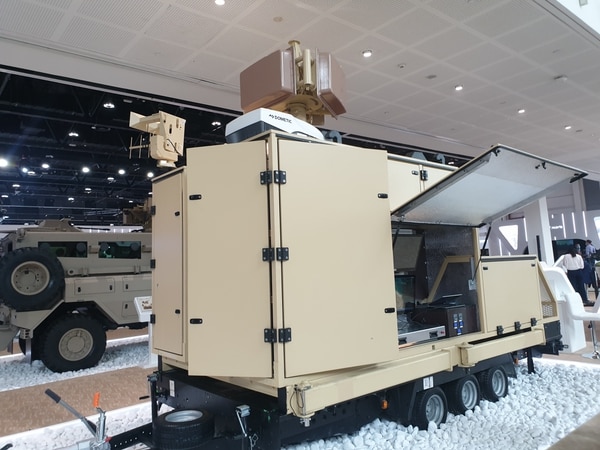 This counter-drone system will undergo testing after IDEX concludes for potential procurement by the United Arab Emirates. (Agnes Helou/Staff)

At another booth, sitting on top of an eight-wheel drive Rabdan infantry fighting vehicle was American firm Raytheon Technologies’ High-Energy Laser Weapon System, showcased for the first time on the vehicle after announcing cooperation with Emirati company Al Jasoor five days ago.

The system is able to target very small drones using electro-optical sensors and tracking algorithms. The operator can zoom in on a target and fire a precise and silent beam of light to destroy it. 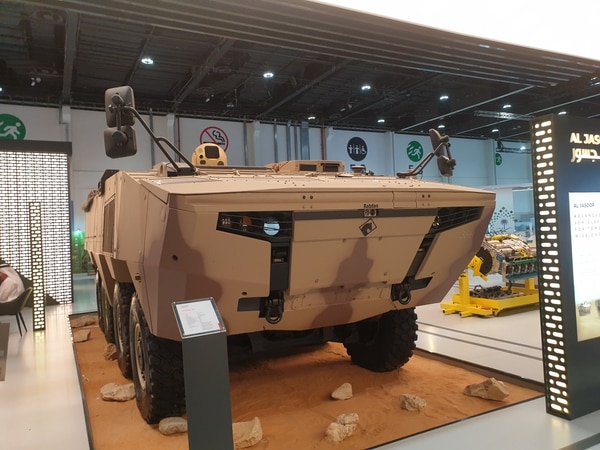 “Raytheon has updated the tracking algorithms and the advanced electro-optical targeting system that helps to identify the drones, with a limitless magazine. The cost per shot is what two people can pay for a cup of coffee, hence the advantages for customers who are going to target very small, cheap drones,” Jeff Newsom, Raytheon’s director for high-energy laser systems, told Defense News. AI militarization will be ‘force multiplier’ for UAE, Saudi Arabia