The Foreign Ministries of Germany and Hungary on Tuesday denounced the International Criminal Court’s ruling last week that the court has jurisdiction to open an investigation into alleged war crimes by Israel and the Hamas terror group.

Heiko Maas, the German foreign minister, said “the court has no jurisdiction because of the absence of the element of Palestinian statehood required by international law.”

Maas added that Germany’s position on the ICC “in general remains unchanged,” and it supports “the establishment of a future Palestinian state as part of a two-state solution negotiated by Israelis and Palestinians.”

“Similar to Israel, Hungary does not agree with this decision. During the legal procedure we already signaled that, according to our position, Palestine does not have criminal jurisdiction over Israeli citizens,” Szijjártó said.

“We have always supported Israel’s right to defend itself,” he said. “We believe that peace in the region can only be achieved through negotiations based on mutual respect.”

“The decision of the ICC does not take us closer to this,” Szijjártó said.

In a major decision Friday, a pre-trial chamber of the ICC determined that The Hague has jurisdiction to open a criminal investigation into Israel and the Palestinians for war crimes alleged to have taken place in the West Bank, Gaza Strip and East Jerusalem.

The order instructed ambassadors to start reaching out to heads of government and foreign ministers in the countries they are posted in, to issue public statements of opposition to the ICC’s decision.

Following Friday’s ruling, it falls to the ICC’s chief prosecutor, Fatouh Bensouda, to decide whether to launch an investigation, and she indicated in 2019 that she intends to do so.

Chief prosecutor of the International Criminal Court Fatou Bensouda at the opening of the court’s judicial year with a Special Session at the seat of the court in The Hague, January 23, 2020. (courtesy ICC)

The ICC is meant to serve as a court of last resort when countries’ own judicial systems are unable or unwilling to investigate and prosecute war crimes. Israel’s military has mechanisms to investigate alleged wrongdoing by its troops, and despite criticism that the system is insufficient, experts say it has a good chance of fending off an ICC investigation into its wartime practices.

The ICC does not try countries, but rather individuals. Israeli officials said Friday that they do not currently anticipate any immediate threats to senior Israeli political or military figures.

When it comes to settlements, however, some experts say Israel could have a difficult time contesting international law forbidding the transfer of a civilian population into occupied territory.

If Israel and/or Hamas are ultimately convicted of war crimes, and if senior officials are named in such a verdict, they could be subject to international arrest warrants upon travel abroad. 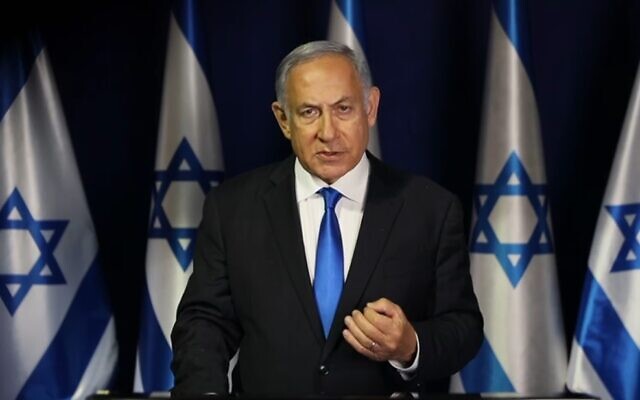 He further asserted that the ICC is “outrageously” claiming “that when Jews live in our homeland, this is a war crime” — a reference to the court potentially probing Israeli settlement policy in the West Bank.

And, he added, “it claims that when democratic Israel defends itself against terrorists who murder our children, rocket our cities, we’re committing another war crime.”

The three-judge panel was ordered to reach a conclusion on the ICC’s right to exercise jurisdiction in December 2019, after Bensouda determined at the end of her own five-year probe into the “situation in Palestine,” that there was “reasonable basis to believe that war crimes were committed” in the West Bank, Gaza Strip and East Jerusalem regions by both the IDF and terrorist group Hamas, as well as other “Palestinian armed groups.”

At the time, Bensouda said that she believed the court indeed has jurisdiction, under the terms of the Rome Statute which established the ICC, to investigate possible war crimes in the area. But due to the controversial nature of the case, she asked for a definitive ruling from the pre-trial chamber. Member states and independent experts were invited to weigh in on the matter as well. Israel, rejecting the court’s jurisdiction in the matter, chose not to do so.

While Bensouda is expected to move forward with a criminal investigation, her term as prosecutor is set to expire in June and some Israeli officials believe that her as yet unelected successor could take a different path.